For most of us cider mills conjure images of autumn-tinged leaves and the sweet heavy scent of fresh-pressed cider. Perhaps we recall childhood outings or trips with our own children early in the school year. However, our local cider mills are that and much more.

Wendy Mueller, salesroom manager of Muellers Orchard described their summer season, “The end of June sweet cherries should be in then Fourth of July for tart cherry pie. It goes until they’re picked or until the birds get them. We have grapes, apples and the first pears around Labor Day.”

Mueller Orchard is well into that cycle, “We had cherry picking; sweet cherries and tart cherries. At the end of August we start with early apples; some you can pick, most are picked by professionals. We give you a bag and you can mix and match. We have honeycrisp. They are more expensive because they take more care.”

Colleagues at Spicer Orchards follow a similar pattern according to Spicer co-owner Shannon Spicer
Rowe, “We generally open June 1st when the strawberries come in. That’s our first crop. After that we have sweet cherries and tart cherries; then come the blueberries and that’s followed by peaches and apples, then pumpkins. That’s one of our big draws. We close after Christmas.”

Patrons won’t be entirely out of luck awaiting spring,  “In 2009 we opened the winery. Will Cartwright is co-owner of the winery. He’s also the farm manager. Now that we have the winery we have stayed open on the 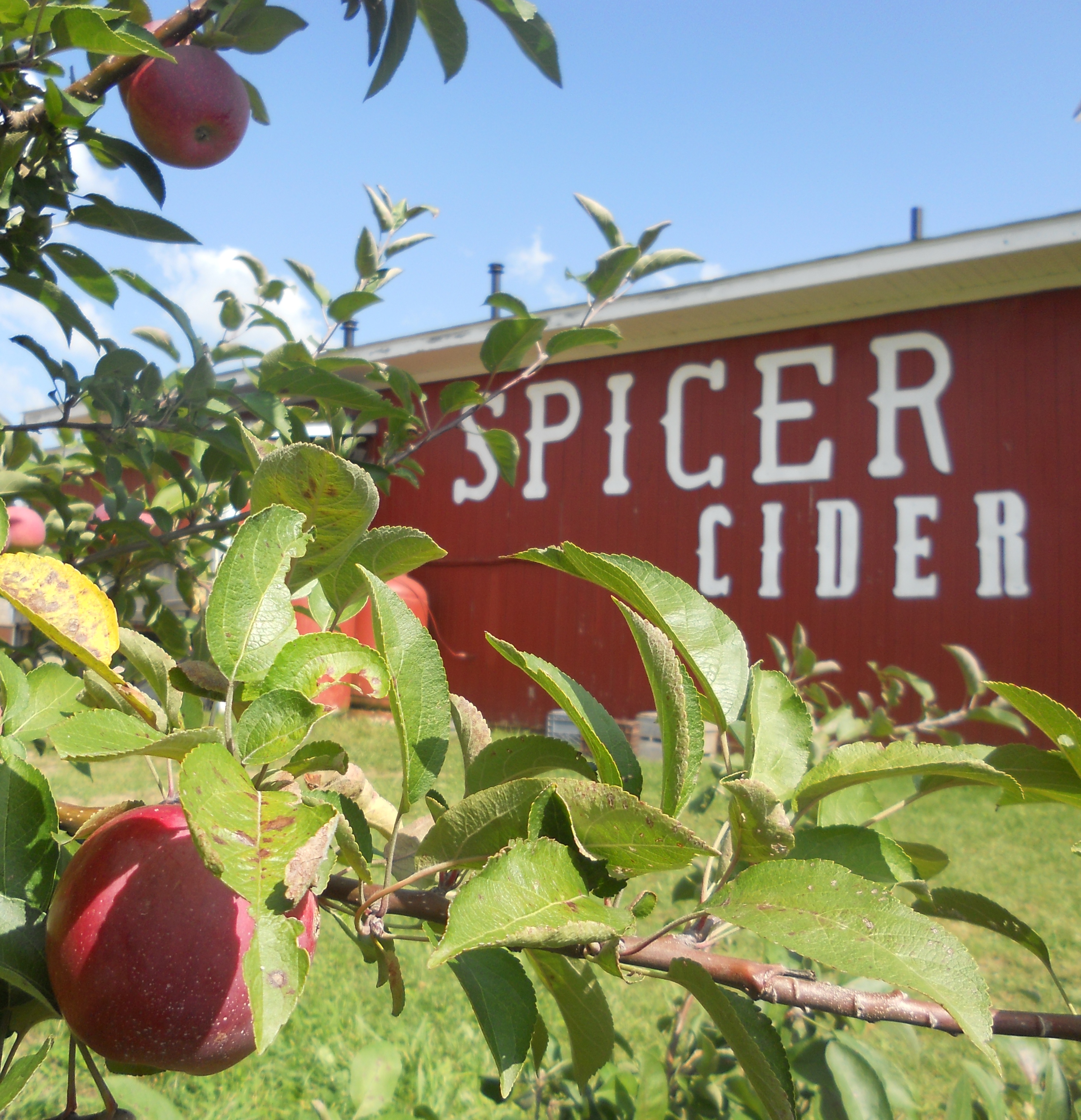 Both operations offer events as well as ingestibles. Mueller spoke of fun and meaningful contributions as well, “We set up a lot of school tours. We have a lot of fun with that. There is a playground that doesn’t cost anything to play on. We accommodate birthday parties. We do wagon rides. We have a good time. We have a charity event for cystic fibrosis the third week in Sept., a car showcase.”

Spicer boasted diverse offerings as well, “We do haywagon rides every day during the summer. We have a farm playground. We do school tours, day care and moms’ groups, church groups; we do all kinds of different tours. In the fall we have bonfires for different groups like Scouts.” 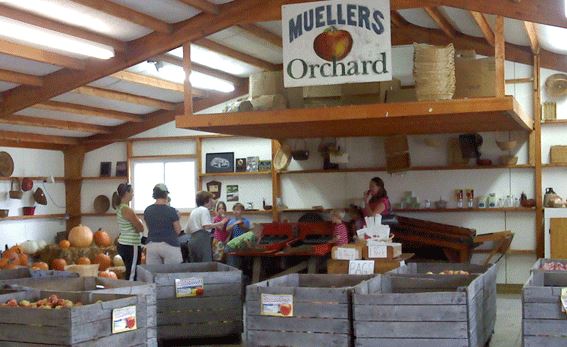 “The summer is going great,” she said, “We had a great strawberry season. Our blueberries came in early; we have a great crop of blueberries right now.”

Spicer Orchards farms all of its land, “We have 300 acres here. We have a corn maze, that usually starts in mid-August. It’s a cider mill with a harvest festival kind of thing.”

Great cider mills come in all sizes. Mueller described a different scale, “We own 100 acres but we’re a small family run orchard; we have about 15 acres of fruit. We press our own cider.”

Spicer confirmed the importance of that, “The apples and the cider is what people love to come out for. That’s kind of a special thing for Michiganders; it’s part of our heritage.”