Production of the new 2017 Ford Escape – available with driver-assist technology that can help keep drivers in their lane, maintain a set speed and distance on the highway, and even aid drivers in getting out of a tight parking spot – is now underway.

The new Escape, which goes on sale in May, will be the first Ford vehicle available with all-new SYNC® Connect technology, making the ownership experience easier through vehicle features such as remote start and door locking via the new FordPass® platform. Escape will also be first to offer SYNC 3 featuring Apple CarPlay and Android Auto. 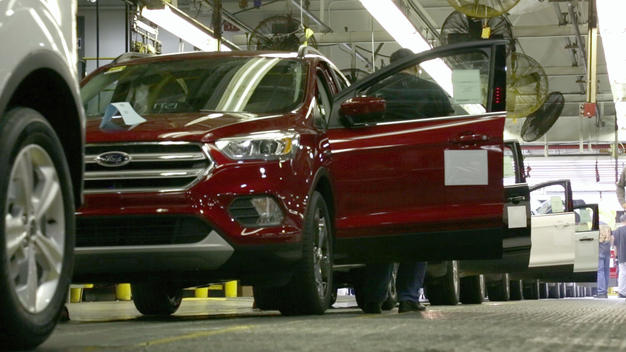 And thanks to multiple new attention-to-detail stations at Louisville Assembly Plant, Ford is putting more emphasis than ever on delivering the highest-quality Escape to its customers.

Workers at Louisville Assembly have been manufacturing Escape since 2012. Since then, production has steadily increased to meet growing demand for the No. 1-selling Ford Motor Company SUV. In 2015, Louisville Assembly built 306,492 units – a record for the nameplate – all while maintaining a high standard of quality that put 2015 Escape in a tie* as Highest-Ranked Compact SUV by J.D. Power in Initial Quality.

“We’re constantly evolving and improving our processes, and the J.D. Power award is our reward,” said David Farley, Louisville Assembly Plant quality manager. “It’s a real tribute to the thousands of workers who help create every Escape vehicle.”

Louisville Assembly is a sprawling 3.7-million-square-foot plant that houses 4,722 hourly employees, 247 salaried workers and 20.1 miles of assembly conveyor. It is one of Ford’s highest-volume production facilities in the world, capable of manufacturing up to six different vehicles at any time. Yet with Ford’s compact SUV in such great demand, most vehicles built at Louisville wear an Escape badge.

Quality assurances are implemented throughout the plant to ensure craftsmanship is maintained at the pressing pace with which the line moves. A combination of state-of-the-art technology methods and thorough human scrutiny is evident from one station to the next.

At each of these stations – in just 45 seconds – vehicle quality is verified to ensure that every Escape meets the high standard for quality compact SUV drivers in North America expect.

Three shifts of line workers are tasked with keeping pace at Louisville Assembly Plant – 20 hours per day on weekdays, 10 hours on the weekend. Through the first two months of 2016, Escape is on track to eclipse last year’s record sales, and available new features and Ford’s commitment to high quality should only broaden the vehicle’s appeal.

Other new features available include enhanced active park assist. Two EcoBoost® engines are newly available – a 1.5-liter and a 2.0-liter twin-scroll, both with Auto Start/Stop functionality.

For more information and pricing on Ford Escape visit http://lascoford.com 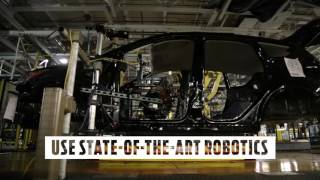