Over one-hundred-year-old Camp Copneconic offers many traditional and specialty camps through the YMCA of Fenton, Michigan. 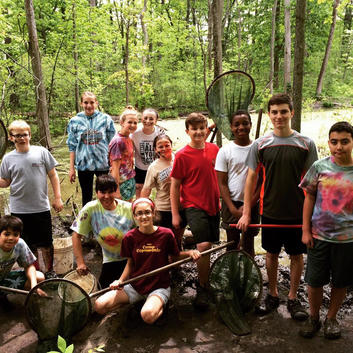 The camp’s motto is:  “The right direction for kids-for life.”  Indeed, the camp both impacts lives and prepares campers for life.  In fact, even the name of the camp hints to the camp breathing life into its inhabitants according to the story told by Chief Fisher of the Chippewa tribe.     Fisher told the story of the water lily.  He said it was a very cold, severe winter and his tribe was in danger of starving to death.  Though the wise men said the roots of the water lily were poisonous, the Chippewa felt they had no other choice than to build a fire and pile in water lily roots.  Instead of eating it, they smoked it and it ended up keeping them from starvation.  Therefore, the Chippewa named it Opin-neconic, meaning ‘lake of bread.’  The ‘C’ was later added to the name.  The time and reason for this addition is unknown.  In 1917, Camp Copneconic was named after the lake.     Camp Copneconic offers day camp, which the camp’s Executive Director, John Carlson, expects will serve about 2,000 children this summer.  It also offers overnight camp, which he expects will serve about 1,400 children this year.  In addition, it offers family camps, such as the upcoming Mother and Daughter Ranch Weekend and The Father and Son Winter Camp, which has been offered in the past.  Another family camp, Camp Family Adventure Days, will be offered in the future and will allow families to get closer by spending time outdoors.  School classes camp for days, nights or multiple nights.  The camp also offers year round retreats, which differ from regular camps because they are centered around working on specific issues and reaching goals.  Examples of Camp Copneconic’s retreats include those in which campers work on communications or patience and/or can earn a Girl Scout troop badge.  Camp Copneconic is also well known for its specialty camps.     Numerous specialty camps at Camp Copneconic include Camp Midicha:; for children with diabetes, Camp Oasis; for children with colitis and Crohn’s disease, Camp Quality; for children with cancer, Camp Yunasa; for academically advanced children, Kidney 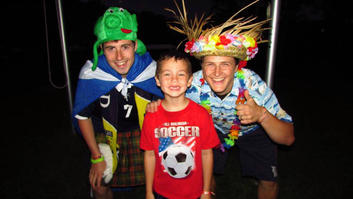 Camp; for children with kidney issues, Camp Kesen; for children who had or have a loved one with cancer, Special Friends; for adults with physical or mental disabilities, Camp Syana; which upholds the beliefs of the religious Sikh group, Camp Easy Breathers; for  children with asthma, Power Camp;  a day camp for children with autism, Camp Tall Tree; an overnight camp for children with autism, Camp Everest; for boys and girls from Mexico or South Korea participating in a study abroad program and Children’s International Summer Village; with 80 children representing 12 different countries that camp for a month.  There are also specialty camps for particular areas of interest such as art or sports.     Activities at the camp can include various zip lines for various age groups starting at 2nd grade, a double decker high ropes course, a giant swing, a climbing wall, horseback riding, tubing, pony rides for younger children, rock climbing, archery, mountain biking, arts and crafts, sailing, kayaking, fishing, canoeing, swimming, soccer, volleyball and more. Weekly field trips are a new addition to the day camp curriculum for 7th and 8th graders, who are called Trekkers.  Field trips may include visits to Airtime Trampoline & Game Park, the hands-on museum and the waterpark, among other trips.     Camp Copneconic features weekly themes at day camps and overnight camps.  Examples of themes are western week, Hollywood week and space week.  With the themes, children can use their imaginations to fight the evil dragon, help the cowboys 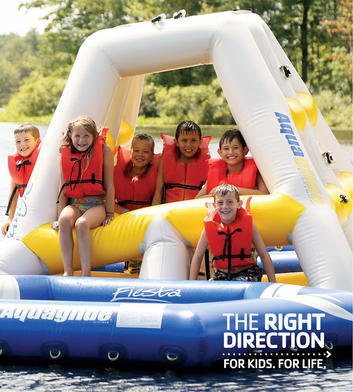 wrangle up the bandits, chase celebrities for autographs, search for alien spacecraft, capture the evil sheriff, ward off a mysterious wizard or search for ancient clues to help save camp.  Counselors and campers dress up in costume to celebrate various themes.     Shannon Raaab, Summer Camps Director for Camp Copneconic, 31, had her first experience with the camp when she was in the 8th grade.  She said at camp that year they had a dance.  The rule at the dance was that if a camper was asked to dance, the first time the camper had to dance.  After that, the camper had the option to say ‘no.’  “It taught us to just have fun and that nobody had cooties,” Raab said.     Raab said Camp Copneconic helped her in other ways, too.  “My experience made my 8th grade class be more respectful to each other.  Before camp we had different groups-athletic kids, arts kids and other groups.  After camp, it didn’t matter.  We all got to know each other better.  The teacher even commented on how much we’d changed,” she said.   She also said there were about 400 in her graduating class and they keep in contact even today.     Raab is not the only Camp Copneconic staff member who began working at the camp because of the impact camp has on lives.  John Carlson, Executive Director, 48, went to Camp Oakland in 1988 for a summer job.  However, he said that summer changed his life.  “Not only did I meet my wife at camp, but I learned I had a lot to offer kids.  I decided I wanted it to be my future career.  I changed my college major from Undecided to Parks and Recreation Administration,” he said.     One reason camp may change both campers and their lives is programs like Camp Copneconic’s “I am third.”  In the program, 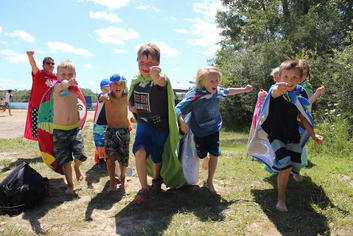 God is first.  Others are second.  Self is last.  Campers that live according to the “I am third” principles are recognized daily.     “Camp impacts every kid in some way and it affects their life.  Some kids don’t have positive males or females in their life.  Other kids just learn to socialize more.  There’s such a good positive energy vibe,” said Raab.     Indeed, at Camp Copneconic, campers can learn to socialize with a wide variety of people.  Campers come from France, Spain, Mexico, South Korea and all over the United States.  There is also an international staff from Scotland, England, Ireland, The Netherlands and Australia.  In previous years, staff has come from Africa, the Ukraine, Poland, Denmark, New Zealand, Sweden, South Korea, China and Russia.     “They are around people from different socioeconomic backgrounds and religions at camp.  They are learning about other cultures and people from other neighborhoods and communities.  To me, that is life,” Carlson said.

Another New Restaurant Coming to Fenton