Four contenders raced all afternoon for the NASCAR Sprint Cup Championship in the Ford EcoBoost 400 at Homestead-Miami Speedway, but it came down to the final 10 laps for the winner to emerge. Racing in the top 10 for most of the day Carl Edwards, Joey Logano, Kyle Busch, and Jimmie Johnson, the four championship contenders, ran nose to tail mostly in that order. Edwards clearly had the better car and ran in or near the lead consistently. When it looked like the championship was all but locked up a late caution flag flew with 15 laps to go. On the restart Edwards sat third with Logano right behind him and it looked to be a two-car sprint to the finish. When the green flag waved Logano got a great jump on the pack and began to pull underneath Edwards. Edwards drove Logano to the bottom of the race track and when both cars ran out of room Logano tapped Edwards in the left rear quarter. Edwards spun and collected several cars in the wreck that ended his chances at the title, Logan escaped with minor damage but was forced to restart ninth while Johnson and Bush would take the green in third and fourth. The race was red-flagged while NASCAR cleaned up the racetrack from the carnage the wreck produced.When the red-flag was lifted Logano pitted for fresh tires and to have the body damage on his vehicle repaired, Johnson and Busch stayed on track. When the green flag waved Logano again made a great move and quickly drove up behind Johnson when the yellow waved again for Ricky Stenhouse Jr. sliding off the track while racing 3-wide in the pack. Now it appears to be a two-car run for the championship between Johnson and Logano. Unfortunately, the drama ended there, on the final restart of the race Johnson calmly pulled away for his seventh Sprint Cup championship leaving Logano and Busch to finish second and third. Winning the race was an extra bonus for Johnson who joined Richard Petty and Dale Earnhardt as the only seven-time NASCAR champions.Homestead provided and exciting finish to a great season and it will all begin again in 3 months at the 2017 Daytona 500. 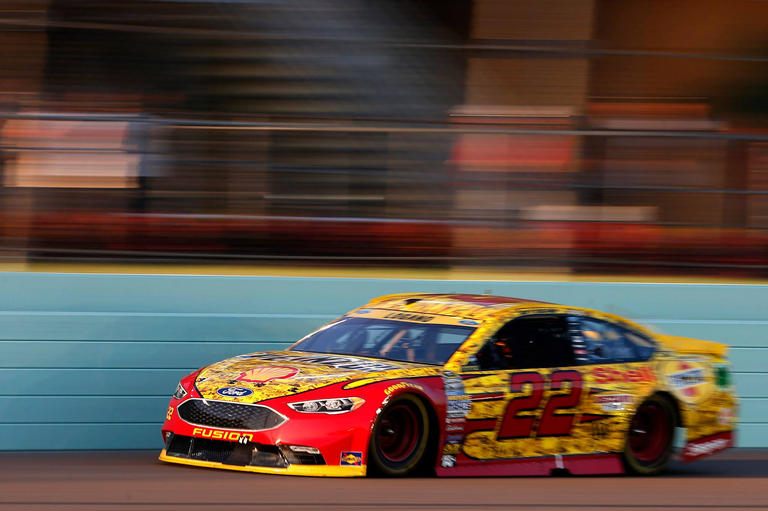 Harvick Locks 2nd Ford into Championship 4 with Win at Texas