Happy New Year Fenton.   As 2017 begins, the promise of the new year is exciting.  We are so fortunate to live in such a great community with an economy that is on the upswing.  In the months ahead we will watch as new opportunities unfold and our neighborhoods continue to thrive. One of the best indicators of what to expect in 2017 is reviewing the past year’s successes.

The Fenton community welcomed over two dozen new businesses last year, some of the popular and notable additions include; Cancun Mexican Restaurant and Cantina, Down Towne Apparel, Hamilton Physical Therapy, LaMarsa Restaurant, Luscious Looks Hair & Spa, Metro PCS, SunRy’s Boots, and El Topo. While business growth is a key yardstick in determining the health of a local economy, the real estate market is a most telling statistic and 2016 was a remarkable year for our area.

The real estate market in Fenton and surrounding areas is still on fire and the inventory on the market cannot keep up with the needs of incoming buyers looking to move to the area.

With over 400 homes sold, 414 to be exact, in the 48430 zip code alone buyers are loving the vibrancy that the city is showing with all of the new development.  This shortage has resulted in fantastic property values for Fenton residents, as well as many great sales numbers in surrounding communities.   Talking with Top Real Living Realtor Jennifer Lasco, “With interest rates still low and predicted to rise, 2017 is sure to be a great time for sellers to get the strong prices that we have been seeing on the rise over the last few years, and for buyers as well, to take advantage of the long term savings of low interest rates.  I’m so excited that the buyers and sellers are already out in full force in early January!  This is sure to be an exciting year.”

Fenton saw a fair amount of road construction this past year and while detours can be a short-term inconvenience, the end result is generally worth it. The Silver Lake Road Bridge replacement project was a major endeavor, the entire span across the Shiawassee River was replaced. The entire job took less than six months and was completed earlier then expected and will provide not only an attractive feature to the city, but more spacious walkways for our pedestrians and cyclists. The streetscape project that began in 2015 was also completed in 2016.  Revamping the appearance of Leroy Street in the downtown area was like giving Fenton a cosmetic facelift adding an energetic and vibrant feel.

Local Holly resident, John Lauve, was responsible for drawing some national attention to the Fenton area courtesy of a popular cable television show. John contacted the folks from the History Channel series “American Pickers.” Stars Mike Wolfe and Frank Fritz visited John’s home to pick through his collection of vintage cars, motorcycles and automotive artwork, the episode aired on Dec 26th and can be viewed on online.

I know what you are thinking – “Wow! This city is just absolutely brimming with promise!!!”…  We haven’t even started to talk about the FIVE individuals from our area competing in five different athletic disciplines who gained not only local but also national recognition for their abilities and accomplishments.

Flint resident Claressa Shields became the first American to win back-to-back Olympic Gold Medals in Boxing. She dominated the women’s middleweight division in Rio, just as she had done four years earlier in the London games.

Bryan Smith of Swartz Creek not only brought home the X-Games gold in Flat Track Motorcycle racing in 2015, but stepped it up a notch this year and brought home the AMA National Championship Gold just to put the cherry on top to an absolutely outstanding career to date.

Swartz Creek High School  senior Jacob Williamson qualified for the Monster Energy AMA Supercross 250SX East Coast Lites Series in Detroit this past March. Jacob finished 9th in his heat, qualifying for the final where he placed 16th overall. For Jacob it was only his second time participating in a Supercross event, Lasco Ford is sponsoring this young man who is sure to make an impact on the circuit, now that he has graduated.

Kenny Allen played football for Fenton High School, after graduation Kenny enrolled at the University of Michigan and played football as a walk-on. Kenny’s efforts earned him a scholarship and for the past two years Kenny has been the Wolverines place kicker, punter and kickoff specialist. The fifth-year senior completed his career for the maize and blue in the Orange Bowl on December 30th. 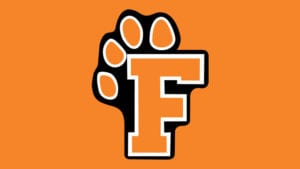 time in the school’s history. Fenton’s boy’s and girl’s cross country teams won the Metro League Championship. Fenton’s varsity football team won the Metro Conference Championship with a perfect 7-0 record, they advanced to the regional’s in the state playoffs. The future looks bright for the Tigers football team with the junior varsity squad posting a 6-3 record; the Lasco Press featured an article on the 2016 JV squad which is available on our website.

Last year the Fenton community again showed its generosity by sponsoring and hosting numerous charity events, some of the noteworthy endeavors included causes that provide important services to our region. Tropical Smoothie Café, Leo’s Coney Island, Uncle Rays Dairyland, and What’s Shake’n all hosted fundraising events for Delivering Hope, an organization focused on feeding hungry children. The Fenton Polar Plunge raised over $60,000 for Special Olympics as 29 teams participated in the event held on Lake Fenton, this year’s event is scheduled for February 4th.

Kona Ice treated Fenton area residents to free cups of tropical shaved ice for their annual National Chill-Out Day Celebration recognizing Tax Day and helping to relieve taxpayers of the stress associated with meeting the federal deadline. The 2016 event was hosted by Lasco Ford who themselves celebrated a significant milestone the past year. Lasco Ford, the locally owned dealership that has served Fenton residents and central / southeastern Michigan for the last 35 years completed a massive renovation of their showroom on Owen Road. The new sales facility sits adjacent to their state-of-the-art Service Center that opened in 2015.

With so many positive trends to mark last year, the future of Fenton and our neighboring communities is very bright. The New Year is a time for self-reflection, resolutions, and goal setting; If we each commit to doing one small thing in 2017 to help to improve our hometown, the promise of the coming year will undoubtedly exceed all of our expectations.

Fenton’s Amy Allwelt is Up for the Challenge