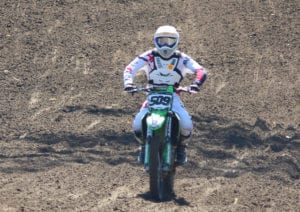 As reported by the Lasco Press last month, Fenton resident Ryan Valade will be competing in the AMA Amateur National Motocross Championship. The event is held at the Loretta Lynn Ranch Monday, July 31st through Saturday, August 5th. The AMA Amateur National Motocross Championship is the largest amateur motocross racing series in the United States. With over 22,000 riders participating nationwide. Riders qualify at area races, the top eight advance to regional races. At the regionals Ryan qualified for the finals in the Senior Class (40 years & older) and as an alternate in the Vet Class (30 years & older).

With the schedule just announced Valade learned he will compete in both classes. As enough positions opened in the Vet Class for him to gain entry as an alternate. Riders in each class compete in three races. With the best cumulative finish determing the champion. Ryan’s first race will be 9am on Tuesday, August 1st in the Senior Class. With the Vet Class race following at Noon the same day. Round two will be Wednesday the 2nd at 3:30 pm for the Senior Class and 6:30 pm for the Vets. 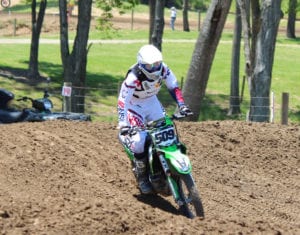 When asked about the tight turn around times Ryan was not concerned. “This is what I have been training for. My daily routine at CrossFit Tuebor West of Fenton has built my stamina to the point I feel I can compete in both classes just a few hours apart. It will allow me to concentrate on my rider performance and race tactics without having to worry about the physical aspect of riding motocross.”

The final day of racing has Valade competing on Friday the 4th in a much more comfortable schedule. The Seniors race at 10 am and the Vet Class at 3 pm offering a longer break between races. Schedules through the week are fluid, check online for updates.

The Loretta Lynn Ranch is located in Hurricane Mills, Tennessee. West of the Nashville metro area off of Interstate 40. On-site camping is available. Complete details of the week’s events is available at MXSports.com with directions and ticketing information included. Can’t attend in person? Watch the action live on Racer TV. Follow The Lasco Press for live updates throughout the week.

Boy Scouts of America Set to Participate in Placing Wreaths on...

Caroline Street in City of Fenton to Close for Bridge Maintenance