The tension at Bristol Motor Speedway hung in the air like thick fog. If you tried to brush it away, it just rolled back over you. Only three races remain before the start of the Monster Energy NASCAR Cup Series Playoffs. Bristol is one of those tracks where someone can sneak up and steal a win. If that happens only two playoff spots will be open for non-winners to qualify on points.

The Bass Pro Shops NRA Night Race is a difficult test for drivers and crews alike. Part skill, part endurance, and part luck. With lap speeds in the 120 mph plus range, it takes a little over 15 seconds to make a lap of the half-mile track. It takes a tremendous amount of skill to navigate the car in the tight confines of the track at those speeds.

The hot August nights in the hills of Tennessee and the constant need to be “up on the wheel” every lap physically drains a driver. Have a bad pit stop, make a mistake on pit road and the rear of the field is where trouble often resides. The more cars you have to pass to get to the front, the more opportunity there is to get caught up in someone else’s mistake.

Coming to Bristol and needing a win or strong finish just cranks up the pressure on the whole race team. Several drivers find themselves in that situation this week, only 13 spots are currently secured for advancement into the playoffs.

Chase Elliott(24) is 62 points above the cut line and the highest ranked non-winner this year. He says he does not feel safe. Jamie McMurray(1) is only 10 points back of Elliott. Two new winners in the next three races would leave Elliott and McMurray battling for the last playoff spot. Everyone will take a sigh of relief when they drive out of Bristol.

Matt Kenseth(20) is currently in the final playoff spot. He sits 31 points ahead of Clint Bowyer(14). Joey Logano(22), Erik Jones(77), and Daniel Suarez(19) are the next three drivers behind Bowyer. All have run well this year. All need a win to advance. The point differentials effectively eliminate them from getting in without that victory. Logano won Richmond, but the victory was declared “encumbered” for a rules violation. He knows the feeling of being in, then finding himself on the outside hoping to qualify. 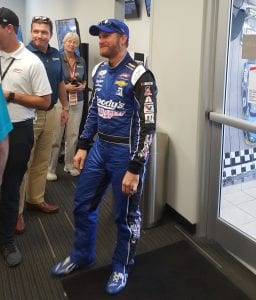 A dozen other drivers could qualify for the postseason with a win. Including Dale Earnhardt Jr.(88) in his final attempt to win a Cup Series Championship. With track position so important at Bristol the significance of qualifying is intensified. The fog gets thicker!

A brief afternoon shower has washed the track. The Xfinity cars are qualifying first. But, the 20-minute session is not expected to lay down much rubber. The drama builds.

Kyle Busch won the pole for the Xfinity Food City 300. Kyle also sat on the pole in the UNOH 200 Camping World Truck race Wednesday at Bristol. He also won the race. Since NASCAR’s three premier series starting running at Bristol in the August night races, no one has swept all three pole positions. The drama continues to build.

The first round of qualifying held some surprises. Dale Jr. finished 31st and will start way in the back of the pack Saturday night. Kevin Harvick(4) placed 29th, Aric Almirola(43) 28th, Paul Menard(27) 27th, and Kurt Busch(41) just missed advancing in 25th.

Kyle Busch(18) posted the fastest speed, 129.921 miles per hour. Ryan Blaney, the only Ford in the top 10 placed ninth with a speed of 128.142. Round two will separate the contenders with the best opportunity to establish early track position.

Shocking, Kyle Busch shows how difficult Bristol is to navigate. After almost spinning out in turns three and four, Busch ended up 18th and did not advance to the final round of qualifying. Denny Hamlin(11) posted the fastest lap 128.632 mph. Logano ran fourth fastest, Blaney 7th, and Bowyer ninth.

Rookie Erik Jones(77), the Byron Michigan native, wins his first career pole at Bristol Motor Speedway. With a speed of 128.082, Jones will lead the field to the green flag Saturday. A win for Jones in the night race would certainly scramble the playoff standings. Further heightening the anticipation for The Bass Pro Shops NRA Night Race.

Logano will lead the Ford contingent from the eighth starting spot. Bowyer starts ninth and Blaney in 10th. 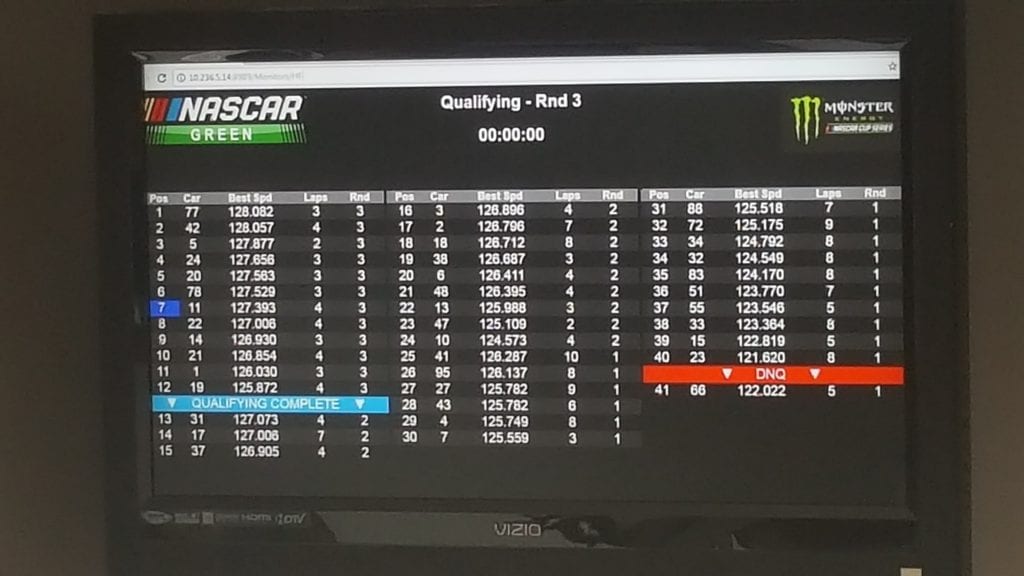 Strong Runs by Ford Teams Place Three in Top 10 at...