Mike O’Rourke was sure of one thing, after high school, he had no interest in attending college. He made the decision that sitting in a classroom for an additional four years was not going to help him advance himself. Mike needed to get out into the workforce. Find a job he enjoyed, and allow his work ethic to prove his worth to an employer. 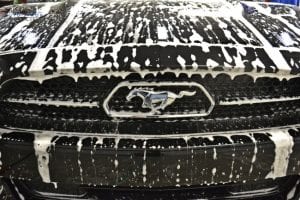 During high school, Mike took a job working for Lasco Ford as a detailer after school and on Saturdays. Washing and vacuuming cars was not his dream job. But, it was steady work and gave him some extra spending money. Working for a high volume dealer, like Lasco Ford, meant there was never a shortage of work. Mike worked all the hours he wanted and brought home some good paychecks for a teenager still in school.

After graduating high school Mike began working full-time. It did not take long for his tireless work ethic to gain the attention of his employer. Mike’s supervisor asked if he would like to learn a new position within the dealership. He jumped at the chance. Mike accepted a promotion to work in Lasco’s Parts department. 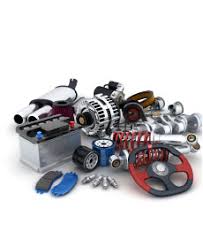 Starting with the basics, Mike unloaded trucks, stocked in parts, and delivered parts to customers when orders came in. Anything to help keep the department running efficiently. Mike moved to Lasco’s Grand Blanc Pre-Owned Superstore and continued his development helping acquire parts for used vehicle reconditioning and repair jobs.

Again, Mike’s efforts earned him a job advancement. He moved back to the Ford dealership in Fenton with the new title and responsibility of Parts Counterman. Helping technicians get parts to repair customer vehicles. This also meant Mike could further his knowledge of the business by taking classes online directly through Ford Motor Company’s training website. 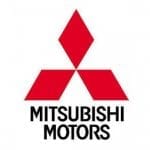 In May of this year, the Lasco Automotive Group was selected by Mitsubishi Motors to receive a franchise. The new dealership operates in their Grand Blanc superstore facility. Having earned the opportunity, Mike became the Parts Manager for the new addition to the Lasco family of dealerships.

According to Vice President Jay Lasco, “Mike is one of many such employees that we’ve had the opportunity to watch grow and progress into a meaningful career in the retail automobile business. As a growing dealer, we are constantly looking for good people that want a great place to work and have the desire to grow with us.”

How does Mike feel about the opportunities afforded to him? “I just completed my fourth year working for the Lasco Automotive Group. Had I chosen to spend that time in college, I would be saddled with crippling student loans and just now starting a career, hoping to find a job. I went from washing cars to becoming a Triple Diamond Certified Mitsubishi Parts Manager in that period of time.” Our favorite quote from Mike, “I went from having a shop vac with my name written on it in magic marker to having business cards with my name printed on them. How cool is that?”

Do you know someone like Mike looking for a career that does not require an expensive degree? Someone looking to get paid while they learn. All while having the opportunity to earn an above average income in a growing industry. Lasco Ford is looking for individuals with a variety of abilities. Make an appointment to speak with Kelsey Riley, Lasco’s Human Resources Manager. Call 810-593-1249 or email kriley@lascoford.com. Interested applicants can also apply online at LascoFord.com/employment.