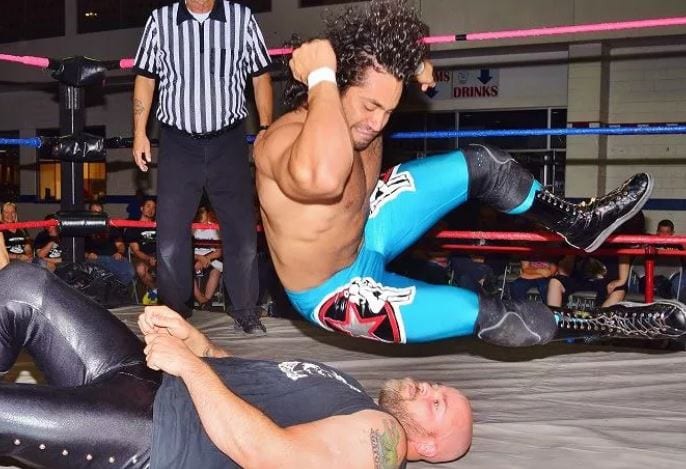 D-Ray 3000 was one of the original wrestlers to be featured on TNA Impact Wrestling, an internationally touring professional wrestling company featured on weekly TV in America. D-Ray has been a pro wrestler for over fifteen years and has been fortunate to travel the world. He is also bilingual in several languages and widely respected in the pro wrestling community. D-Ray has held multiple championships in his storied career.

Gideon Malice is a mammoth monster of a man who has been undefeated since the end of the Summer of 2017. Malice has held the championship for several months and has defeated every challenger with ease. The Michigan State Heavy-Weight Champion is a large and powerful athlete who has consistently dominated the ring.

The Michigan State Tag Team Champions The Nomads are also scheduled to defend their titles. The Michigan State Cruiser-weight Champion Billy Ray Daniels will have a rematch against his ultimate adversary Cody Manning. A special raffle will be held with the winning fan deciding the stipulation of the big title match. The card will also feature an AIWF World Women’s Title Bout as the champion Tenshi defends her crown against Ohio native Joseline Navarro. Local prominent community members will also be involved in the event alongside the top pro wrestlers in the state of Michigan.

Bell time is scheduled for 7PM, doors open at 6PM for General admission and 5:30PM for VIP ticket holders. VIP Ticket holders receive the best seat in the house, merchandise, raffle tickets, an in – ring meet & greet w/ D-Ray 3000, and access to a special VIP Eyes Only match. Advance tickets start at $10 for bleacher seats and VIP Ringside tickets are available for as little as $15. Tickets may be purchased in advance online at www.pureprowrestling.net or at the door. VIP seating is limited, fans are encouraged to purchase in advance. Fans can also find more info on PPW’s Facebook by searching “Pure Pro Wrestling Michigan” or by following PPW Twitter @ppwpower.

Pure Pro Wrestling is a Michigan based professional wrestling promotion celebrating its 12th season of affordable family fun. The organization has raised over half a million dollars for non-profits and holds over 15 bully prevention events at schools every year. For additional information please contact Joe Byrd 810.845.3962 or pure_pro_wrestlng@yahoo.com. Additional information can be found at our website www.pureprowrestling.net