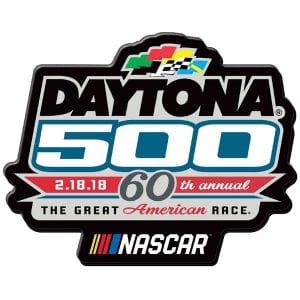 It’s February and the start of NASCAR 2018 is just weeks away. It’s time to catch up on offseason happenings. While looking ahead to the Daytona 500 and beyond. 2018 promises to be a great year. Everyone watched Martin Truex Jr. prove the value of stage points in chasing a championship. Watch competition for stage wins ratchet up right from the beginning this year. New names appear above many driver door windows. The youth movement is in full swing. Will we see another new name etched on the Monster Energy Nascar Cup? Or will a veteran dominate this year’s playoffs? Can’t wait to find out.

Dale Earnhart Jr. stepping away from driving the #88 car at the end of last year started a rash of driver moves. Alex Bowman will fill Dale Jr.’s seat. Can he fill the shoes of NASCAR’s most popular driver? Or will that title fall to one of the other young guns. Dale Jr. enters the broadcast booth for NBC during the second half of the season.

Aric Almirola leaves Richard Petty Motorsports for the #10 car at Stewart Haas Racing. That seat opened with the retirement of Danica Patrick. Pushed by the fact her contract was up. She will bow out with the “Danica Double.” Driving in the Daytona 500 and Indianapolis 500 one more time. Darrell Wallace Jr., the new Prince to King Richard, climbs behind the wheel of the Petty #43.

Team Penske and The Wood Brothers

Ryan Blaney brought the Wood Brother’s #21 within one win of 100 all time. He moves to Team Penske joining Brad Keselowski(2) and Joey Logano(22) in the new #12 entry. The terrible 2’s look to bring Ford a Manufacturer’s Championship in combination with Tony Stewart’s Blue Oval contingent. Paul Menard takes over for Blaney in the Wood Brother’s Ford. Are they really going to add yellow to that iconic red and white paint scheme?

Erik Jones steps into the #20 at Joe Gibbs Racing. He leaves Furniture Row Racing after complimenting Truex Jr.’s Championship with Rookie of the Year honors of his own. Barney Visser’s team choosing to field only the single entry for this year’s title defense.

Jones’ arrival pushes Matt Kenseth out of a ride for 2018. After battling side-by-side at Bristol in the August night race. Kenseth and Jones both display their professional character seated in the same fashion for post-race interviews. True class doesn’t get the attention given the snarky exchanges of their peers. But, it gets the respect of everyone in the garage. Jones has a great future, Kenseth a sure ticket to the NASCAR Hall of Fame.

Despite a win at Indy, Kasey Kahne departs Hendrick Motorsports. In another example of the economics in NASCAR. William Byron steps up to the Cup Series; youth and a smaller contract replace experience and the larger price tag. Byron’s inherits the #24 from Chase Elliott. Elliott will continue to chase his first Cup win for Rick Hendrick in the #9. Formerly used by another Elliott, Awesome Bill from Dawsonville.

Kahne found a ride with Leavine Family Racing in the #95. Driven last year by Michael McDowell. Who takes over for Landon Cassill at Front Row Motorsports in the #34. Cassill joins the list of free agents looking for work on any circuit next year.

Ford lost Richard Petty Motorsports to Chevrolet. While not the most competitive of operations, there is no substitute for the name recognition the King provided to the boys from Dearborn. RPM teams up with Richard Childress Racing and will rent space at the RCR campus in Welcome, NC. The teams will also share technology with RPM purchasing RCR chassis for their fleet of new Camaros. It will be interesting to see if Bubba Wallace can match his fine run of finishes he posted last year while subbing for Almirola. Working for Richard Petty sounds like a dream come true for the only African-American to compete full-time in the Cup Series since Wendell Scott in the early 1970’s.

It looked as if this year’s Daytona 500 would be the first without an Earnhardt competing since 1978. Fourth generation driver Jeffrey Earnhardt lost his ride when Circle Sport-TMG split up in the offseason. However, Jeffrey recently signed with start-up StarCom Racing for the 2018 season. Ensuring that the 60th running of the Great American Race will have an Earnhardt behind the wheel for a 40th consecutive year.

Changes to the 2018 Monster Energy NASCAR Cup Series schedule have tracks changing dates in response to fan input. The Indianapolis Motor Speedway will host the final race of the regular season. Not only did Las Vegas earn a second date on the schedule (at the expense of New Hampshire) but the track will host the playoff opener. Charlotte Motor Speedway debuts it’s road course as the final race in round one of the playoffs.

Richmond Raceway, the former host of the regular season finale, gets a date in the playoffs. They slide into round one between Vegas and Charlotte. The regular season again concludes at Homestead-Miami Speedway Sunday, November 18th.

The biggest rules change for 2018 fans are sure to notice involves pit stops. The number of crewmen allowed over the wall has been reduced from six to five. Termed a cost-cutting move by NASCAR to reduce the number of team members traveling to races. This change will greatly impact the choreographed dance around the car during tire changes.

The NASCAR inspection process also changes with the introduction of the Hawk-Eye inspection system. High tech cameras and projectors replace the old claw template and lasers from previous seasons. Designed to further level the playing field, teams must adapt to this new procedure or face penalties for non-compliance.

Once again The Lasco Press will provide weekly race reports on all 2018 Monster Energy NASCAR Cup Series events. We are adding race team scanner feeds to provide more behind the scenes coverage of on-track activity. As well as increasing the number of events we will cover live at the track. We will engage readers with more social media updates on Facebook, Twitter, and Instagram. Look to The Lasco Press for a unique perspective of NASCAR coverage as we dig for those fun stories our readers have come to expect. It’s going to be a great year.

Dover Race 1 Scrambles the Playoff Standings, Hamlin Gets His 6th...