The second race of the Monster Energy Nascar Cup Series season takes the green flag Sunday from Atlanta Motor Speedway. Qualifying today set the field for the 36 cars entered for the Folds of Honor QuikTrip 500 2018. Round 1 produced some big surprises. Martin Truex Jr.(78) failed the new Optical Scanning Station inspection process and did not make a qualifying attempt.

Chris Buescher advanced to Round 2 in the 24th position. Daytona 500 winner Austin Dillon(3) did not, just missing the cutoff.

Ryan Blaney(12) and Chase Elliott(9), two other notables who did not advance. 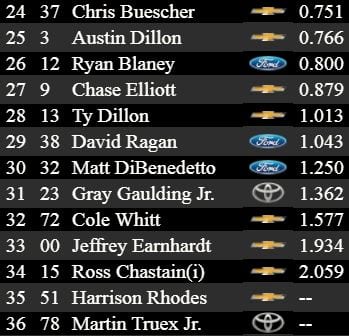 With 12 cars gone, the top 24 took to the track to see which half of them would advance for a shot at the pole. Denny Hamlin(11) secured the final spot to advance just edging out Jamie McMurray(1). Paul Menard(21) starts the Wood Brother’s Ford 15th, just ahead of Joey Logano(22). 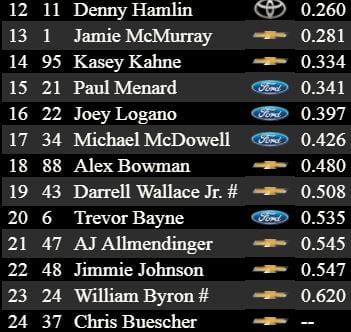 Kevin Harvick(4) posted the fastest times in each of the first two rounds. First out on the track he set the time for the rest of the 12 fastest qualifiers to shoot at. However, Ryan Newman(31) topped the speed chart halfway through the five-minute final session. He edged Harvick by 5/1000’s of a second. During the final minute, Kyle Busch(18) blasted past both Newman and Harvick. His speed of 184.652 mph easily put him on top of the speed chart. Busch and Newman will start on the front row. Harvick and Suarez on row two. A total of six Fords placed in the top 12 spots with Harvick the fastest qualifying Fusion for the Blue Oval drivers. 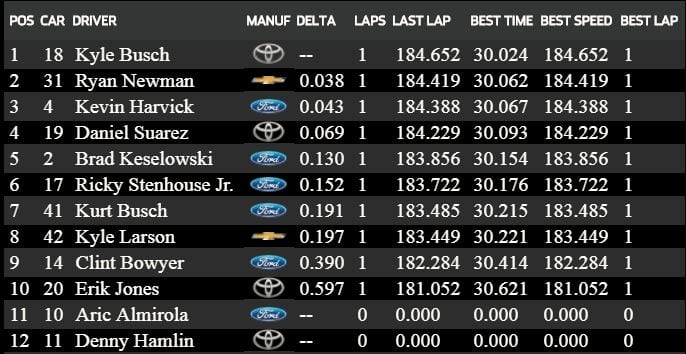 The NASCAR Xfinity Series and the NASCAR Camping World Truck Series race in a doubleheader at the Speedway tomorrow. Kids under twelve get in free for both races. Plus Folds of Honor QuikTrip 500 tickets still remain for Sunday’s race. Look to the Lasco Press for continuing live coverage all weekend from Atlanta.