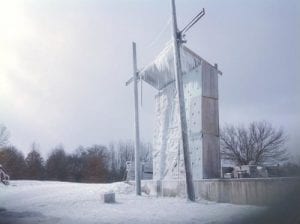 Congratulations to Peabody’s Ice Climbing Club in Fenton. The local center for climbing enthusiasts hosted the 2018 North American Ice Climbing Championships. If you have never seen athletes in the sport of ice climbing show off their abilities, you are missing some displays of incredible skill. It’s fascinating to watch.

Ok, I admit to this being my first time in actually covering an Ice Climbing event. Having the opportunity to do so in my own backyard was too big an event to miss.

There were a lot of things going on this weekend. March Madness kicked off a wild weekend of upsets. Including the first ever win by a 16th seed over a top-ranked team. Yes, the Retrievers from the University of Maryland, Baltimore County defeated Virginia 74-54.

In the middle of all the madness, I managed to carve out a couple of hours to check out this fascinating sport of ice climbing. Were it not for a commitment to met up with my wife, I could have spent all day.

The obvious question is how do you climb ice on a 50-degree day in the middle of March. You don’t, you climb wood. The structures at the Peabody Ice Climbing Club are covered in plywood. During the winter months, huge blowers spray the complex with water that quickly freezes. Unfortunately, you cannot assure there will be ice available for scheduled events. Therefore, many ice climbing contests are conducted on the plywood surface.

The Peabody facility is the only permanent ice climbing structure in the United States. How do I know so much about Ice Climbing? Fortunately, while at the complex I meet Nathan Kutcher and Neil Gowan. They were the individuals responsible for setting the climbing routes for the weekend’s competition. Nathan is one of the premier ice climbers on this side of the world. More on that later. Neil, his able-bodied assistant.

My tutors explained that the competition is conducted in two parts. Qualifying and the finals. A route up the wall is constructed with climbing holds similar to those seen on rock climbing walls. Nathan sets the holds by screwing them to the plywood with wood screws. Climbers make their way up the wall using ice picks to fashion an anchor point in the holds and by kicking their spiked boots into the plywood.

Competitors watch as each climber take their turn at the wall. You can learn the easiest route by watching how the climbers pick their way up the holds. The event is timed and the sixteen fastest climbers up the wall qualify and advance to the finals.

The finals are conducted on a wall out of sight from the athletes. They are not allowed to inspect the hold layout until they arrive at the wall just before the finals competition begins. Climbers cannot view fellow competitors as they work their way up the structure. While qualifications are held on a flat verticle surface. The finals include the additional challenge of navigating up an overhanging ledge at the top. 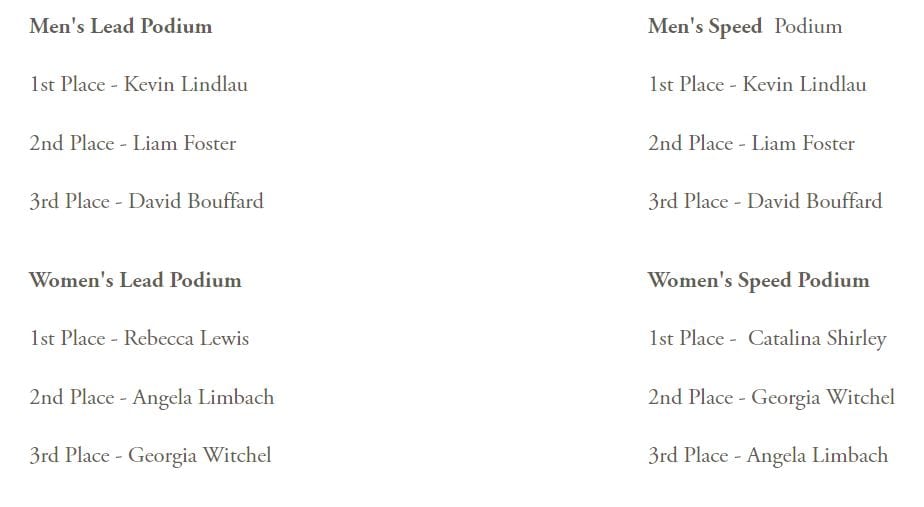 Nathan Kutcher is an accomplished ice climber who competes internationally at events across the globe. He was in Fenton for the weekend, but not to compete. His mission on this visit was strictly volunteer. Nathan, with the help of Neil Gowan, set the courses for the weekend’s competition. Both Canadian natives, they preached the fun and appeal of the sport. And managed to give me a crash course on the sport.

Ice Climbing is huge in Europe and Asia. There is currently a push to have the sport included in the 2022 Winter Olympics in Beijing, China. Nathan explained the sport is gaining interest in the U.S. and he is committed to doing what he can to bring attention to ice climbing.

Watch Nathan climb a sheet of ice with a massive overhang.

As we mentioned, the Peabody Ice Climbing Center is the only permanent ice climbing structure in the U.S. and it’s open to the public. They would love to talk with you about this challenging sport. You can visit the site located at 12326 Foley Road, Fenton, MI 48430. Reach them by phone at 810-433-3304 or use the Contact Page on their website.

Peabody specializes in all types of climbing. In fact, they have an altitude training facility on site. Their website explains, “Cutting-edge technology allows us to simulate a high altitude environment up to 19,000 feet. Our complete training facility offers customized programming for your needs, including options to both “train high” and “sleep high.” We have the tools for strength training, cardio, and endurance workouts. As well as accommodations for sleeping at altitude to aid in acclimatization prior to traveling to high altitude regions.”

It’s amazing what you can learn in an afternoon with the right instructors.