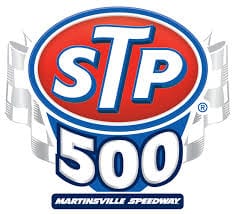 Returning from the early season Western swing the Monster Energy NASCAR Cup Series headed to Martinsville Speedway for the STP 500. Everyone was anxious to get back to their Southern roots. The first short track race of the year also gets back to bumping and banging, old-time racing. The story that often comes out of Martinsville is who laid a bumper to who. What drivers are swearing revenge for perceived offenses. And who can capture a coveted grandfather clock? Maybe, NASCAR’s most coveted trophy.

What no one counted on was the race being delayed until Monday due to SNOW. What? Snow in Virginia the week before Easter? Yep, those Northeasters plaguing the Eastern Seaboard blew through Martinsville Saturday evening. Wisely NASCAR shut down activities at the speedway so the area could clean up. Fan safety prompted that decision. 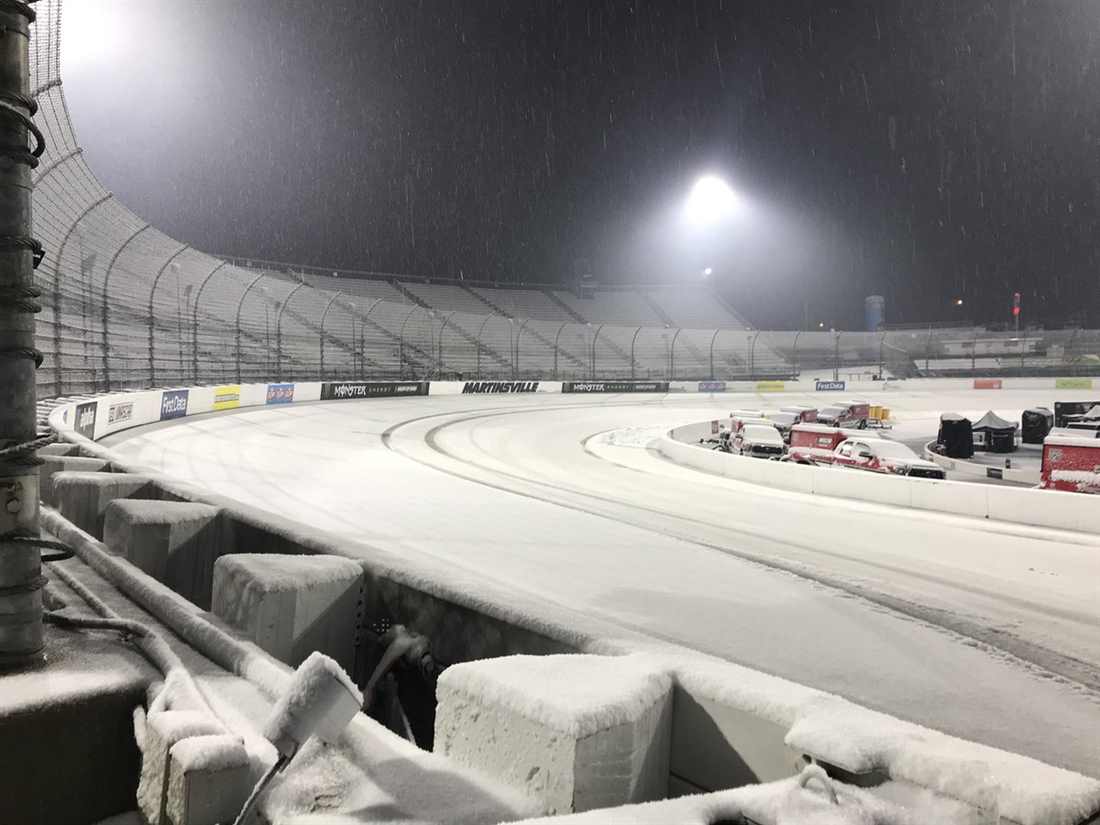 Monday dawned bright and clear. But, still cold. What would that mean on the track? Cold tires don’t stick well. The term slide-job could take on a whole new meaning. In addition, the weather washed out qualifying. So, with starting positions based on car owner season points the short track specialists area dispersed through the field.

Martin Truex Jr.(78) jumped to the early lead from the pole. Five laps in Kyle Busch(18) moved to the front. On lap 27 Denny Hamlin(11) took over first as the leaders began lapping cars at the rear of the field. Kyle Busch still held second. However, Truex had dropped to fifth as the Fords of Brad Keselowski(2) and Joey Logano(22) moved into third and fourth.

A scheduled “competition caution” flew at lap 50 allowing crews to check tire wear and make adjustments while filling up with Sunoco Racing fuel. NASCAR mandated the stop due to the uncertainty of track conditions and the lack of qualifying. Hamlin again resumed the lead as the race went back to green on lap 57 of the 130 laps in Stage 1. Keselowski moved to second as Hamlin began lapping cars again. Despite racing side-by-side with the #2 car on several laps, Hamlin held on for the stage win.

During the stage ending caution, the vehicle exit gate was opened to allow an ambulance to leave the Speedway. A crewman for Chris Buescher(37) was injured and necessitated transportation to a local hospital.

Ryan Blaney(12) exited the pits first after the stage ending caution. Hamlin came out second. On the drop of the green flag, they battled for several laps before Blaney drove away. All three Team Penske drivers holding down spots in the top 10. Never seriously challenged for the lead, Blaney remained out front until taking the green and white checkered flag at the end of Stage 2.

With 240 laps in the final Stage of the race pit strategy would now come into play. How would the teams choose to divide the final segment could determine the race winner. Once again Blaney exited the pits first and held the lead briefly at the beginning of the final stage. Stewart Haas Racing continued to show their early season dominance. Only this time instead of Kevin Harvick(4) at the front, it was teammate Clint Bowyer(14).

Bowyer held the lead when the first accident related caution occurred on lap 384. Daytona 500 winner Austin Dillon(3) ran into the side of Jamie McMurray(1) spinning McMurray in turn 2. The incident allowed the field to pit just before green flag stops were about to begin.

The race restarted with 108 laps to go and Bowyer again drove off into turn 1 with the lead. Kyle Busch settled into second, Blaney third, Truex fourth, and Harvick in fifth.

Without the dreaded late caution Bowyer cruised to the win a full second ahead of Kyle Busch. Blaney finished third, Truex fourth and Harvick fifth. Three Fords in the top five. Bowyer led all but 4 of the final 219 laps, snapping a 190 race winless streak. Fellow driver’s made their way to victory lane offering congratulations to Bowyer. His victory also was popular with the fans. The party will no doubt last well into the night.