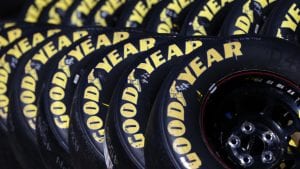 MIS in April, what? It snowed this morning! Will driver’s be using studded winter tires when they hit the track? It does seem winter just keeps dragging on. But, weather permitting, NASCAR is conducting Goodyear tire tests at Michigan International Speedway April 17th and 18th.

Five Monster Energy NASCAR Cup Series teams are coming for the two-day session and fans can watch for free. The following teams are scheduled to test:

· No. 2 Ford Fusion from Team Penske 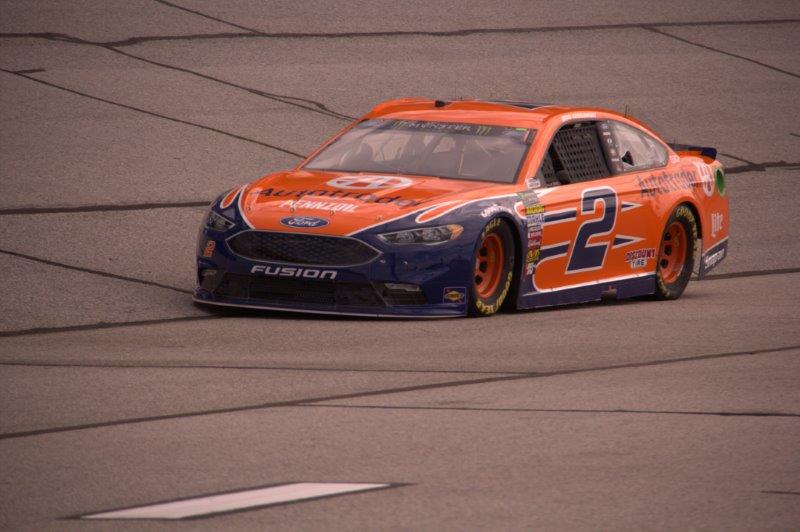 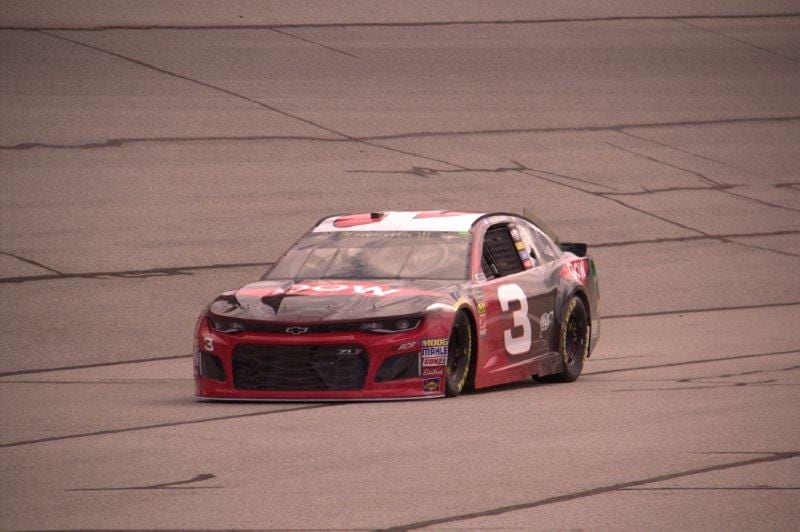 · No. 10 Ford Fusion of Stewart-Haas Racing 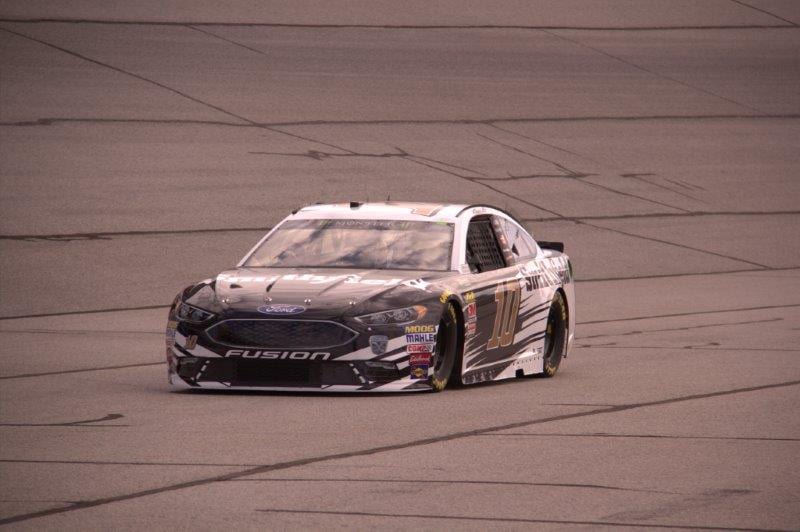 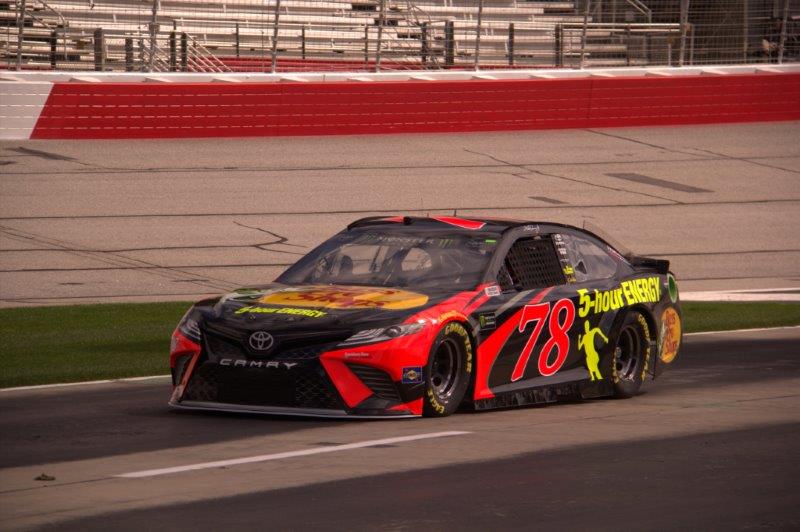 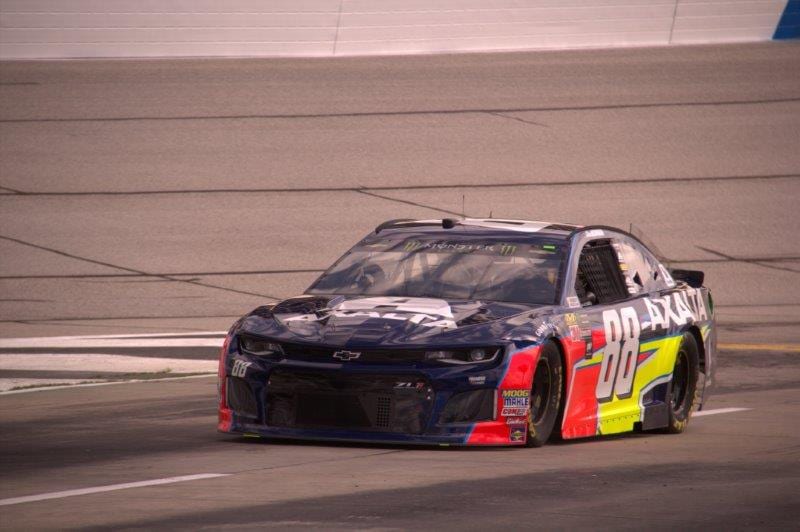 The track will open section 1 in the Center Grandstand from 9 a.m. to 5 p.m. both days for fans to watch the test free of charge.

Fans are asked to enter Gate A off of Brooklyn Highway and park in the fan plaza directly behind the tower on the front stretch. The fans will enter the grandstand area through Gate 24A and sit in section 1 of the grandstands, the start-finish line area. Restroom facilities will be available. Fans are also allowed to bring in coolers that meet the MIS grandstand policies for race weekend.

“We are excited to invite our fans to the track in April for two days of testing thanks to Goodyear Tire,” track President Rick Brenner said. “It will be fun to hear the roar of the engines and see the cars in preparation for the race season. As NASCAR’s most entertaining track, we have countless entertainment activities planned for our fans during both race weekends.” 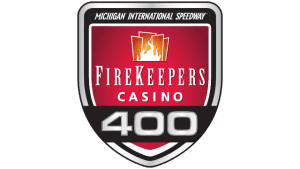 Tickets to the FireKeepers Casino 400 June 10th and the Monster Energy NASCAR Cup Series race on August 12th start at $35 and are on sale now. Fans can find the perfect campsite for their families and friends in any of the nine campgrounds at the track starting at $160. Fans can purchase tickets and campsites at www.mispeedway.com or by calling 888-905-7223.

Sunday ticket holders can stick around on Saturday after the NASCAR XFINITY Series LTi Printing 250 for a free post-race concert featuring the bands FireHouse and 38 Special located behind Turn 3. Don’t miss 40 years of Southern rock hits with this classic band, 38 Special. In August, fans with a Sunday admission can stay after the NASCAR Camping World Truck Series Corrigan Oil 200 for the free concert featuring The Cadillac Three. 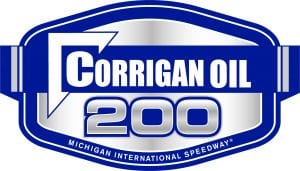 Corrigan Oil is expanding its partnership with Michigan International Speedway in 2018. The company will be the entitlement sponsor for the August NASCAR Camping World Truck Series Corrigan Oil 200.

Corrigan Oil Company has been the sponsor of the ARCA Racing Series presented by Menards race at MIS since 2014. During that time the company has seen the value from its partnership with the speedway continue to grow and decided the time was right to increase its investment. 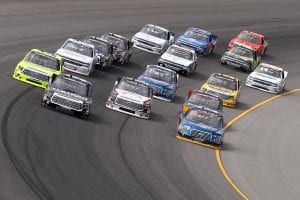 “We are excited to continue to expand our relationship with Michigan International Speedway and the sport of racing,” said Mike Corrigan, Corrigan Oil Company president. “We are happy to announce that we are sponsoring the 2018 NASCAR Camping World Truck Series this August. For the last few years, we sponsored the ARCA Racing Series Corrigan Oil 200 and we wanted to change it up a bit. I think the truck race is a great fit for our company and customers. We have had such great results with our customers and brand awareness, we look forward to race weekends every year!”

Horsepower and the roar of the baddest trucks and tractors will fill the air this summer. The Lucas Oil Pro Pulling League is bringing the best pulling vehicles in the nation to Michigan International Speedway!

It’s the Watson Diesel Michigan Nationals Truck and Tractor Pull presented by Slusarski Excavating & Paving. And it all happens May 18 and 19.

“This event has been a dream of mine from the day we started our business,” said Kyle Watson, Watson Diesel president. “After three long years of planning, I am excited to bring the inaugural large-scale truck and tractor pulling event to the Great Lakes State. We are proud to team up with MIS and Lucas Oil Pro Pulling League to bring fans and pullers in from all over the Midwest for a motorsport packed weekend they won’t forget!”

The fans will see two full days of pulling on the newly created track built specifically for the event in the MISCAMPING.com Graves Campground. The first session will begin at noon on Friday and Saturday. Fans can come back for the second session both days beginning at 7 p.m.

Tickets start at $50 for an admission to both sessions on a day. Fans can enjoy the evening session beginning at $25. Camping is available near the action in the MISCAMPING.com Graves Campground starting at $300. The price includes a campsite and two adult weekend passes.

Tickets and camping can be purchased by calling 888-905-7223 or on-line at www.mispeedway.com.

The Charity Dinner presented by Consumers Energy, a first of its kind will feature a strolling dinner, dessert and drink stations. Live and silent auctions, music, a photo booth and so much more. It will take place during the FireKeepers Casino 400 weekend allowing fans to watch nonstop racing on the track with the LTi Printing 250 and a unique racing experience that evening.

Fans will enjoy a night of entertainment in the track’s 50 Years of Racing Exhibit Presented by Consumers Energy in the fan plaza.

After rich careers in racing, Wood and Wallace were both inducted into the NASCAR Hall of Fame in the Class of 2013. Inman was inducted in 2012. 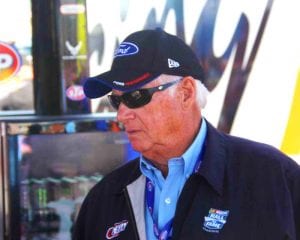 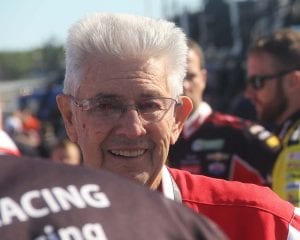 The Wood Brothers team is renowned as the innovator of the modern pit stop. Leonard Wood, brother of Glen and Delano Wood, was front and center in its development as chief mechanic – that’s what they called crew chiefs. When NASCAR added pit stops, Wood figured out ways to get the car serviced in the least amount of time. One major achievement in the team’s pit stop arsenal was the light-weight jack that replaced floor jacks weighing more than 100 pounds found in the repair shops of the day. 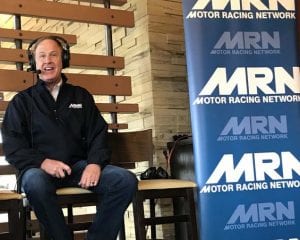 Wallace recorded 55 race wins and 36 poles during his career in the Monster Energy NASCAR Cup Series from 1980 – 2005. Wallace started 44 Monster Energy NASCAR Cup Series races at Michigan International Speedway. He posted five wins, tying for the fourth most in track history. In addition, he won the 1991 International Race of Champions (IROC) race at the two-mile oval.

Fans can purchase tickets to the event starting at $90 or guests can make it a weekend experience starting at $179. The weekend experience includes a center grandstand ticket to the Monster Energy NASCAR Cup Series FireKeepers Casino 400 on Sunday, a ticket to the NASCAR XFINITY Series LTi Printing 250 on Saturday and the Charity Dinner Presented by Consumers Energy. Fans can purchase an individual ticket or a weekend package at www.mispeedway.com/charitydinner or by calling 888-905-7223.

Michigan International Speedway will host a pair of Monster Energy NASCAR Cup Series races in 2019. NASCAR released its 2019 schedule on Tuesday, and NASCAR’s most entertaining track will host the Monster Energy Series on June 9 and Aug. 11.

NASCAR will kick off the 2019 season with the DAYTONA 500. The 2019 DAYTONA 500 will be held on February 17 and will air live on FOX. Visit www.nascar.com for the full schedule.

Music in the Heart of the City to Return with Concert...