Afternoon downpours could spell disaster for millions of road trippers this summer, thanks to an unlikely suspect – tires. New research from AAA reveals that driving on relatively worn tires at highway speeds in wet conditions can increase average stopping distances by a staggering 43 percent, or an additional 87 feet — more than the length of a semi-trailer truck — when compared to new tires. With nearly 800,000 crashes occurring on wet roads each year, AAA urges drivers to check tread depth, replace tires proactively, and increase following distances significantly during rainy conditions.

“Tires are what keep a car connected to the road,” said John Nielsen, AAA’s managing director of Automotive Engineering and Repair. “Even the most advanced safety systems rely on a tire’s basic ability to maintain traction, and AAA’s testing shows that wear has a significant impact on how quickly a vehicle can come to a stop in wet conditions to avoid a crash.”

In partnership with the Automobile Club of Southern California’s Automotive Research Center, AAA conducted testing to understand performance differences at highway speeds between new all-season tires and those worn to a tread depth of 4/32” on wet pavement. AAA research found that:

“AAA’s testing demonstrates the impact that tire tread has on safety,” said Megan McKernan, manager of the Automobile Club of Southern California’s Automotive Research Center. “If tested side-by-side at 60 mph, vehicles with worn tires would still be traveling at an alarming 40 mph when reaching the same distance it takes for vehicles with new tires to make a complete stop.” 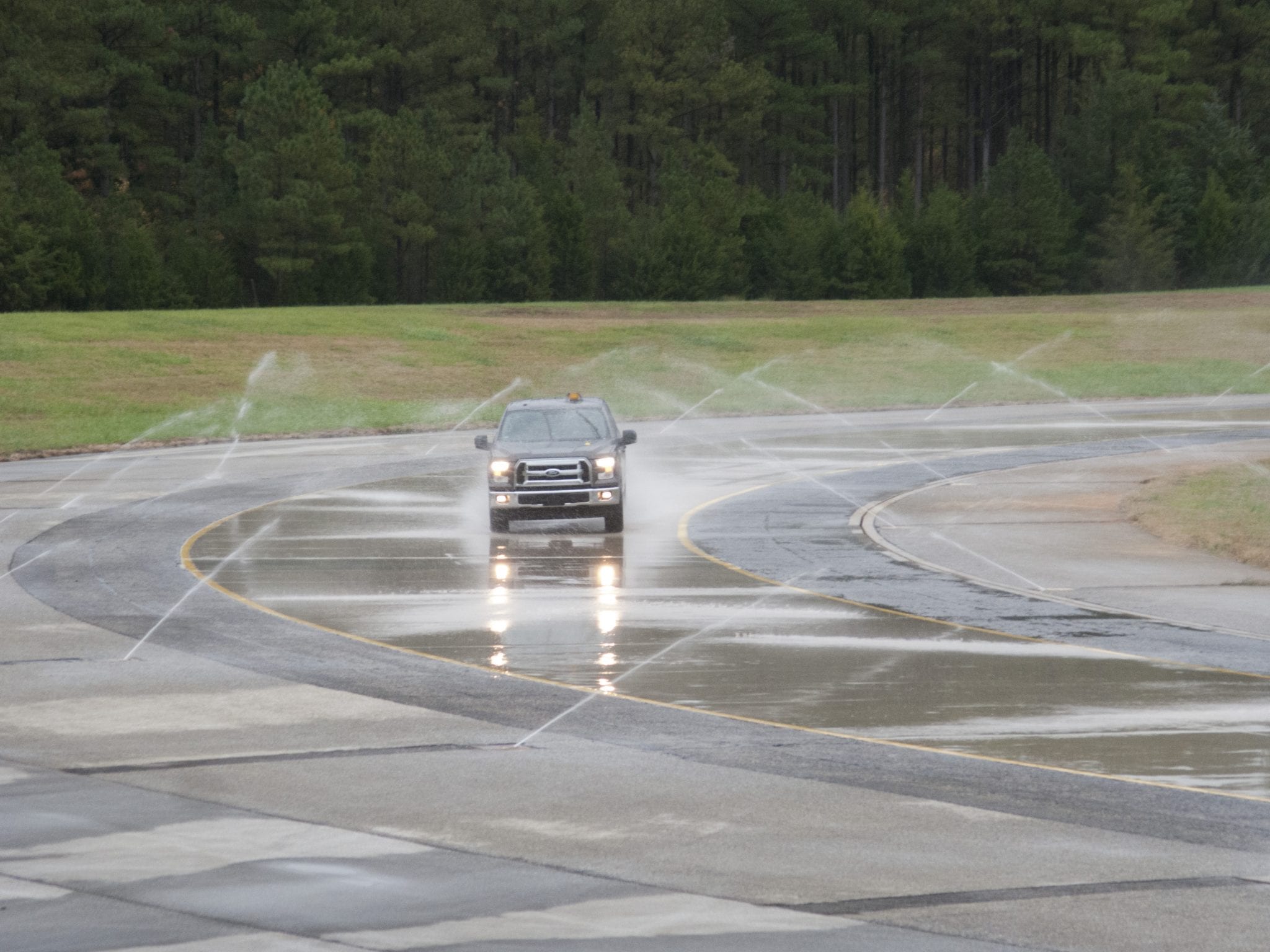 While AAA’s research found that tire performance does vary by brand, price is not necessarily an indicator of quality. In fact, worn tire performance deteriorated significantly for all tires tested, including those at a higher price point. AAA advises shoppers to research options carefully before selecting a replacement tire for their vehicle, and never choose one based on price alone.

“With newer cars going longer intervals between routine maintenance at automotive service facilities, drivers may not become alerted to the fact their tires are too worn until it’s too late,” warned Nielsen. “Slip an upside-down quarter between your tire grooves and look at Washington’s head – if you can see all of it, it’s time to start shopping for new tires.”

Unfortunately, current industry guidelines and state laws and regulations frequently recommend that drivers wait until tread depth reaches 2/32” to replace tires. Not only does this recommendation jeopardize a driver’s safety, it minimizes manufacturer warranty costs and is often paired with environmental concerns. By prioritizing safety, AAA maintains that tires should be replaced once the tread depth reaches 4/32”, when stopping distances have already begun to deteriorate significantly. AAA’s comprehensive evaluation of tire tread laws and regulations across U.S. states found a state requirements  range from inadequate to non-existent.

In wet conditions, tires can completely lose contact with the road and skid, also known as hydroplaning. The depth of a tire’s tread plays a significant role: the lower the tread depth, the more likely a car will hydroplane. AAA recommends the following precautions for drivers navigating rain soaked roads:

Lasco Ford in Fenton offers FREE tread depth analysis of tires along with pressure checks, air filling, and inspections, all complementary with no appointment necessary.

Watch How the 2021 Ford Bronco Came to Life