Saturday at Michigan International Speedway featured rain, a lot of it. But, it did not dampen the enthusiasm of the fans in attendance.

The Monster Energy NASCAR Cup Series cars took to the track early and were able to get their second practice session completed before the rain began. Friday’s practice preceded qualifying and most teams practice during that session with a qualifying setup. Only running a few laps looking for the ultimate speed, seeking to earn the best starting position.

Practice sessions held after qualifying teams run a race setup, more in line with the setting they use to start the race. They run multiple lap sessions and make adjustments fine-tuning the handling and feel of the car in the driver’s hands. So, speeds in post-qualifying practices are more indicative of race speeds.

The NASCAR Xfinity Series Qualifying fell victim to the rain. As did the final Cup Series practice. The LTI 250 Xfinity race looked like it would be a washout. Until NASCAR took advantage of a break in the weather to dry the track and fire off the race 3 hours late.

Kyle Busch, starting from the pole based on owner points, and took the early lead. The restrictor plate competition package kept the cars tight in large packs. With weather threatening, pit strategy played an important part in the outcome. Austin Dillon drove to the front at the right time and held the position until the skies opened up.

The race officially ended on lap 91 of the scheduled 125. Dillon’s win brought to a close a 55 race winless streak for Richard Childress Racing in the Xfinity Series.

The rain subsided by 10 pm, much to the delight of the infield crowd. The fireworks show kicked off the infield party. The water soaked wood slowed down the firepits. But, the beverages flowed and good times rolled off into the evening. 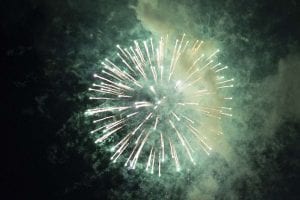 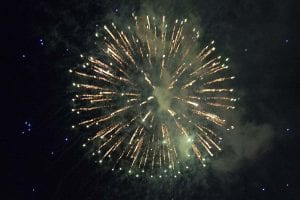 Check back with The Lasco Press for Sunday’s Race Report and the Weekend Fan Photo Gallery.

Dale Earnhardt Jr, Steve Kinser to be Inducted into the NMPA...