Finishing up our series on Melissa Miller competing in this season’s edition of the reality TV show Naked and Afraid XL. At the halfway point of the 40-day challenge Melissa and her teammates Kaila and Lindsey are doing well.

VIEWER/READER ALERT: Yes they are totally naked. The show is a video editor’s nightmare as frontal nudity is blurred in the delicate spots. However, if you tune in expect to see naked bottoms on camera shots taken from behind. Apparently, a bare behind is an acceptable view for the 10:00 pm time slot on cable television. Videos in the article are clips from the actual show and contain nudity.

The combined team faces a number of challenges with the inability to obtain food. Their camp dynamic is also a mess as personality conflicts continue.

Melissa and her teammates have had no luck hunting wild game. To supplement their catfish diet they dig for clams on the shores of the catfish pond. They enjoy the variety of the new food source.

The combined team decides to move their camp. Looking for a place that offers more resources, especially food. They head south and encounter Melissa’s team. All of the competitors remaining from the original four teams have now joined together. Lacey is concerned as she often conflicts with other women. Melissa is concerned about feeding the entire group as their catfish resource is diminishing.

Lacey trips and falls. Putting a hand down to catch herself, she inadvertently puts it in the hot coals remaining from their campfire. Medic’s arrive and take her to the bush clinic to evaluate the injury and determine if she must be removed from the game. They clean the blisters and treat it, ultimately allowing her to stay.

She cannot use the hand and must keep the bandage dry to avoid infection. Call it karma, Lacey was critical of Melanie’s difficulties with her illness. She even called her a burden. Now Lacey finds herself in a similar position. Tensions around camp are running at an all-time high.

Another rainstorm plays a critical part in the fate of the contestants. Lacey is unable to protect her hand from the downpour. The dampness causes additional discomfort from her injury.

More critical, the heavy rain swelled the catfish pond and created a river. The group’s main food source swam away. With wild game also scarce the group decides to look for a more suitable campsite. Moving deep into leopard country they find a location near their extraction point. It offers some rocky mounds, trees for shade and a water source.

Gary finds a Nayala carcass he deems fresh and brings meat back to camp. Only he and Lacey eat it. The others fear the meat is spoiled.

Lacey opts too build her own boma away from the group to lessen the drama. The solo competitor, Matt, walks into camp. Much to the delight of the remaining contestants. Matt has consistently found success hunting and he brings a stockpile of dried meat to the group. Raising the spirits of the camp. They work to build the group boma.

Lacey gets sick on the meat overnight. In the morning she is mentally drained and taps out of the challenge. Matt freely shared his stores of meat and the group quickly depleted his reserve. Had he remained alone he had enough reserve to survive to Day 40. Gary continues to eat on his scavenged meat. The hunters go out looking for game.

Gary gets sick, diarrhea keeps him up most of the night. Still, in the morning he eats more of the suspect meat. Then facing ridicule from the group. He leaves camp and returns with fresh figs. His attitude towards Matt creates more drama among the contestants. Gary lashes out frequently.

The hunters head out again, and Gary goes on another gathering search. He returns with leaves and greens that provide a minimal amount of sustenance. The hunters return empty-handed again.

Sarah goes out scavenging and returns with bundles of wild spinach. Shane catches a small catfish and a turtle. A stew awaits the hunters when they return to camp. A division between the hunters and camp tenders is developing.

On Day 31 Shane catches another catfish, bigger than his first. The camp finally gets a little protein. The following evening Matt arrows an Impala but the shot is not deadly. He follows the blood trail and encounters a leopard forcing him to abandon the search. Day 34 Matt scores a hunting kill. A mature Impala will provide meat for the camp through the end of the challenge.

The animal is too big to carry back to camp. Matt returns to the boma and recruits help to bring the kill home. Trent who had been complaining of a headache for days called the medics to check him out. They took blood samples to asses his condition. But, he still volunteers to go with the recovery party.

The Girls Kill It

Melissa is the only girl to accompany the recovery crew and helps carry the 150-pound animal back. The Impala arrives back at camp to the joy of everyone but Kaila and Lindsey who are out hunting. The girls find success also as Kaila arrows a warthog. They arrive back at camp and discover there is now meat aplenty. Let the feast begin. 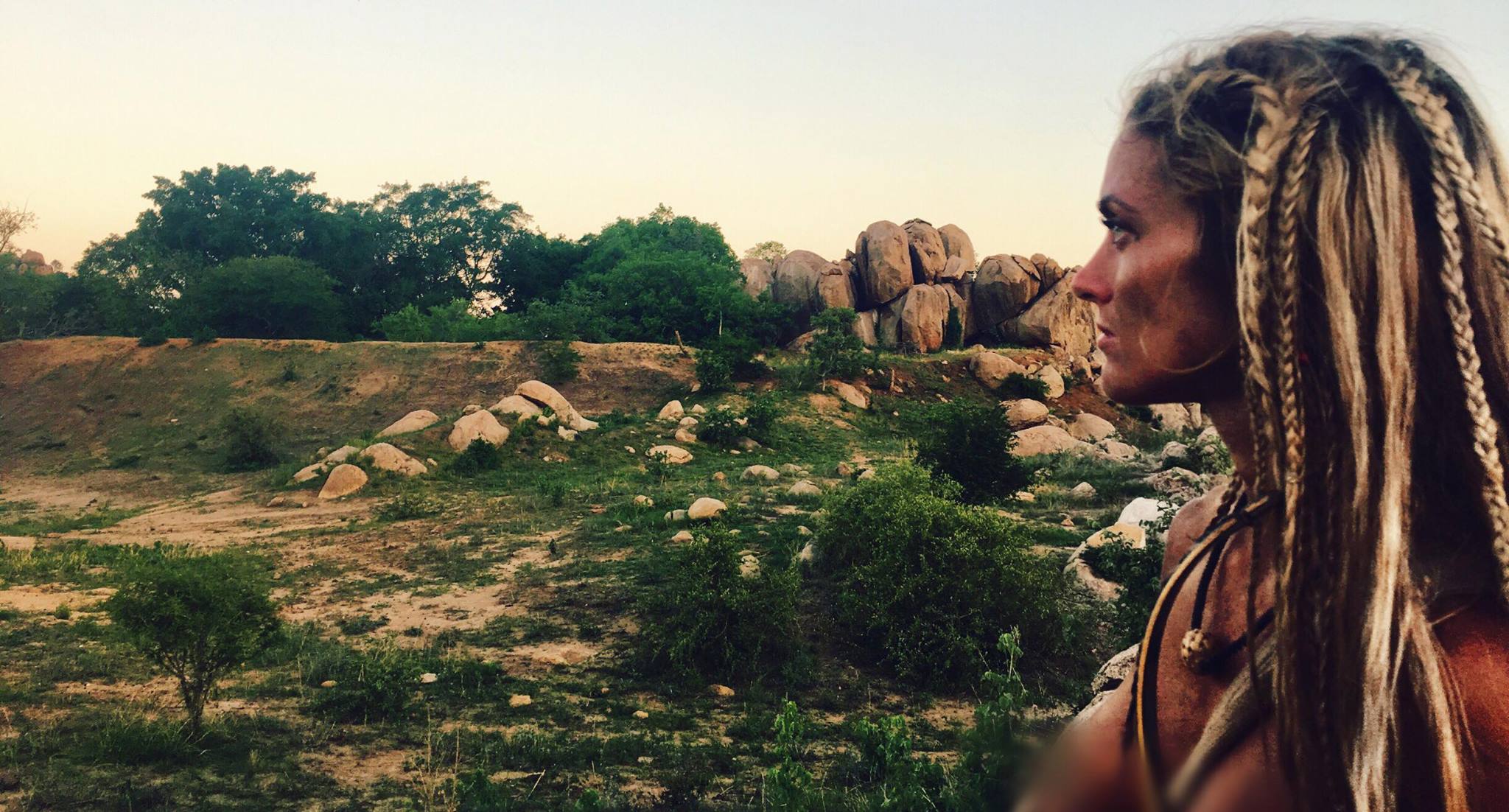 On Day 36 the medics arrive back at camp to inform Trent his blood tests show he has malaria. They give him antibiotics and allow him to stay. If he can rally and walk out to the extraction point on Day 40 he will have completed his challenge.

Eight of the original 13 contestants have survived the 40 days. They begin their hike to the extraction point. The weather is very cool as a storm is approaching. Their final challenge requires them to swim across a pond to reach the exit area. With a water temperature of 55 degrees, hypothermia is a possibility.

On the other side of the pond, they face an uphill climb. The exertion helps them restore their body heat. They descend the hill down to an airstrip where they are met by an airplane to carry them out of the basin.

Melissa, Kaila, and Lindsey were the only complete team to finish the challenge. For the most part, they excelled compared to the other challengers. Melissa lost 25 lbs, Kaila and Lindsey 20 lbs each. Still, they ate more consistently than anyone except Matt who started the challenge alone.

Back at the production base camp, baths were an indulgence. Melissa spent 2 hours in the tub. Food was consumed with a passion. Brushing teeth was not a single occurrence for any of the eight survivors. The thrill of success was the bond they all shared.

Congratulations Melissa, Fenton is proud to call itself your original home base. We look forward to your next adventure.

Wrapping Up a Great Year, Looking Forward to 2019