The adrenaline must still be pumping from last weeks victory at Daytona. Erik Jones(20) posted the 2nd fastest time in Round 1 of qualifying for the Quaker State 400 at Kentucky Speedway. His speed of 187.676mph was topped only by Kevin Harvick(4) who ran 187.859 mph.

Several cars were late to the track as NASCAR Optical Scanning Station sent some competitors back for adjustments. Denny Hamlin(11) failed to get his car through in time to make a qualifying run. Hamlin will start from the rear of the field for Saturday night’s race. Four cars in all did not make an appearance on the track.

Notable drivers who failed to advance to Round 2 of qualifying. Bubba Wallace(43), A J Allmendinger(47), Jimmie Johnson(48), Ty Dillon(13), and Kasey Kahne(95). All will start from the 25th position back. 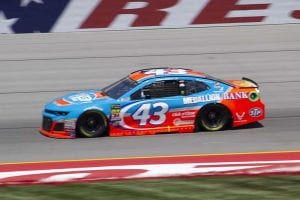 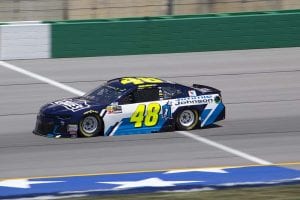 The second round of qualifying will eliminate 12 more cars from pole position contention. Martin Truex Jr.(78) upped the ante with a speed of 188.976 mph to take over the top spot. Kyle Busch(18) moved to the top of the leaderboard, His speed of 188.403 mph placed Busch in 2nd. Aric Almirola placed third with an impressive run of 188.107 mph. Brad Keselowski(2) sits 4th, with Jones dropping down to 5th fastest. 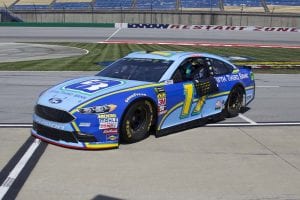 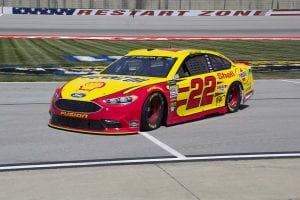 Truex backed up his 2nd round speed with a run of 188.890 mph to win the pole. His teammate from last year, Erik Jones, returned to the second spot with a speed of 188.739 mph. They make up the front row for the Quaker State 400 tomorrow night under the lights at Kentucky Speedway. 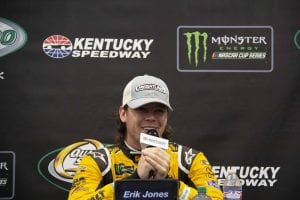 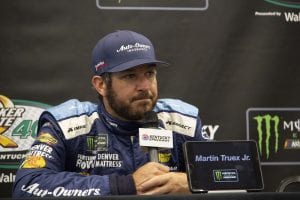 The Remainder of the Top 12

Seven Fords in the top 12. Bodes well for the Blue Oval contingent. Truex dominated the race last year. Michigan’s Erik Jones is sure to give him a run. Can’t wait for Saturday Night Under the Lights.

Apparently, there is some contention remaining from last Saturday’s wild Daytona Coke Zero Sugar 400. During a press conference in the Media Center, Kyle Busch was asked if Ricky Stenhouse had reached out to him after their altercation that knocked Busch out of the race. Watch Busch’s comments.