The Queen of Soul was laid to rest today. Aretha Franklin’s funeral celebrated her life in a manner befitting her status as music royalty. The service, held at Greater Grace Temple on Seven Mile Road in Detroit, lasted over 8 hours. The church has hosted several high-profile events. Including the Rosa Parks Funeral in November of 2005. The 4,000 seating capacity was still not large enough to accommodate everyone who would have liked to attend 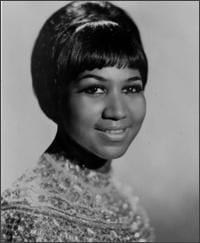 After lying in repose at the Charles H. Wright Museum of African American History, Aretha spent yesterday at a place she called home. The New Bethel Baptist Church is where Aretha got her start singing. Her father C. L. Franklin, the Church’s pastor from 1946 until 1979, put her in front of the congregation at the age of 6.

Aretha’s first album, Songs of Faith, was released in 1956. She was 14 at the time and many of the songs on the album were recorded in the Church.

Detroit Mayor Mike Duggan spoke and proposed the city change the name of the Chene Park amphitheater to Aretha Franklin Park. Michigan Governor Rick Snyder reminded those in attendance that Aretha’s voice had been declared a natural resource of the State by the Department of Natural Resources.

Despite her ties to Detroit, Aretha never recorded for Motown Records. The iconic label that gave the city it’s most famous nickname. She signed with Columbia Records and later Atlantic Records. Her list of hit records included the following.

Of course, the chart-topping mega-hit “R-E-S-P-E-C-T” became the song she is most often associated with.

Aretha’s peers saluted her with vocal renditions of her songs and others. Ariana Grande, Chaka Khan, the Clark Sisters, Faith Hill, Fantasia Barrino-Taylor, Gladys Knight, Jennifer Hudson, Smokey Robinson, and Stevie Wonder all performed. Often leading those seated in the congregation to dance and sing along.

The Queen will forever hold her crown, no one will usurp her throne. The Diva of all Divas would have appreciated the attention paid to her legacy. There will never be another like her. Long Live the memory of the Queen.