Watch the video below as a 1967 Ford Mustang Shelby GT500 Sells For $2.2 Million Dollars at Mecum Auctions in Kissimmee, Florida.

The car was a one of a kind prototype that Carroll Shelby had built for a tire test conducted by Goodyear.

There were talks of a plan to build 50 of them and sell them to the public for close to double the price of a regular GT500 but after consideration and lack of interest nothing transpired.

The vehicle had roughly 26,000 miles and had changed ownership hands several times. 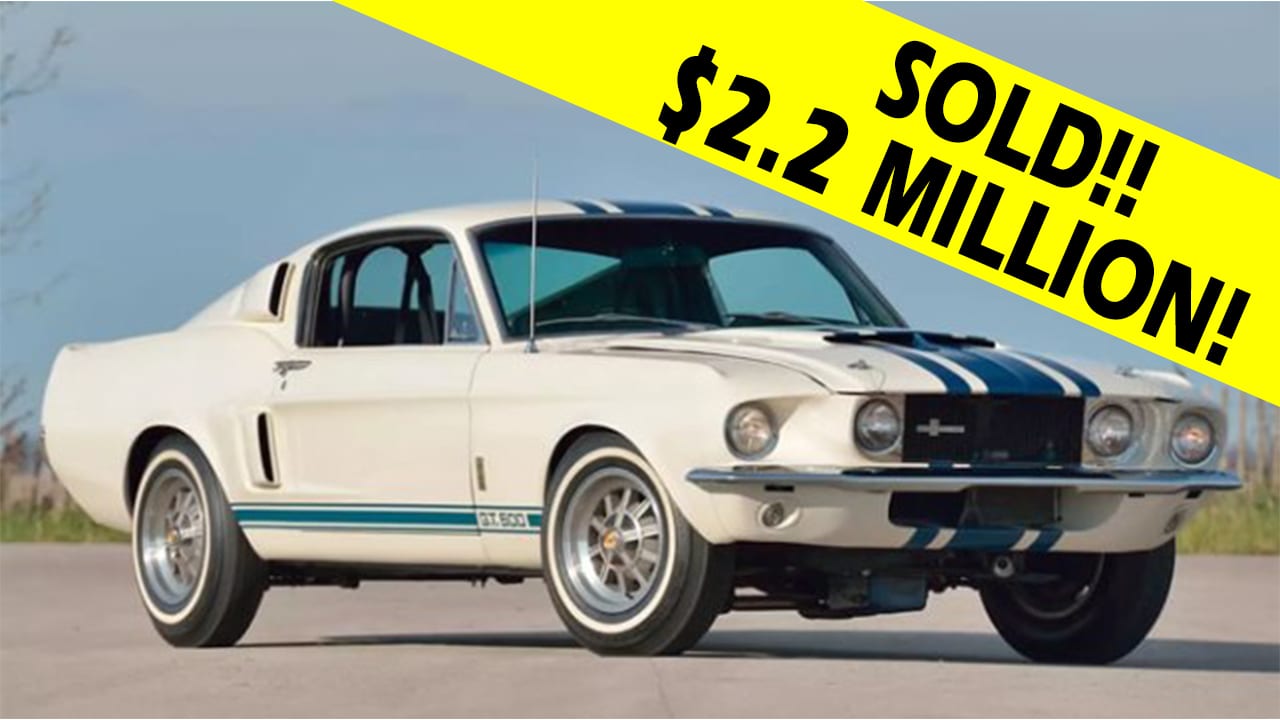