Do you get the “winter blues” sometimes? For the most part, our Michigan winter to date has been on the mild side. That changed this past weekend with a moderate snow storm and some brutally cold temperatures. Well, here’s an announcement to cheer you up.

The Fenton Arts & Culture Commission (FACC) is presenting a new Winter Concert Series titled “Cabin Fever.” On three occasions this winter you can escape to downtown Fenton for a fun evening of music.

FACC Board Chair and Mayor Pro-Tem Pat Lockwood announced the Cabin Fever concerts. “This is a perfect opportunity to showcase our beautiful Community and Cultural Center. With the holiday season over, we wanted to create a music series that offers a warm and relaxing afterwork atmosphere to beat the winter blues. Attendees will also be able to view artwork that will be on display throughout the Center.”

Tickets for each concert are $10 and can be purchased at the Southern Lakes Parks & Recreation office located in the Fenton Community Center or Fenton’s Open Book. One adult beverage (beer/wine) along with hor d’oeuvres samplings are included in the ticket price. An additional cash beer/wine bar will be available at the event. 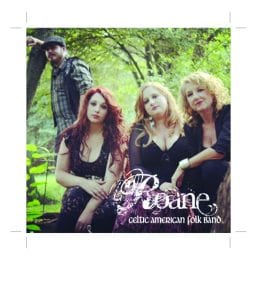 The concert series closes out on Thursday, March 14 with Roane, a Celtic Folk Band from Flint in the Main Ball Room. They will be joined by the Hodgkin Highlanders, a Scottish and Irish dance troupe from Fenton. Irish style food & beverages will be available for purchase. This event is family-friendly and free to the public, but donations are appreciated.

“Donations will be used to offset concert expenses and support future cultural events sponsored by the FACC,” explained Lockwood. “Our goal is to turn Cabin Fever into an annual event,” added Cabin Fever Co-Chair and FACC Board Member Eric Szczepanski. “I’m excited about the band line-up. All three groups have an impressive performance resumes from festivals to major community events throughout Fenton and the greater Flint area.”

Each band was picked to complement the “Cabin Fever” theme. The first two concerts are adult-oriented and unlike a traditional seated concert, will allow attendees to mingle with friends and colleagues while enjoying some easy listening provided by the FCO and UM-Flint Jazz Combo. The final night with Roane will be a traditional staged concert that’s sure to bring the “Luck of the Irish.” 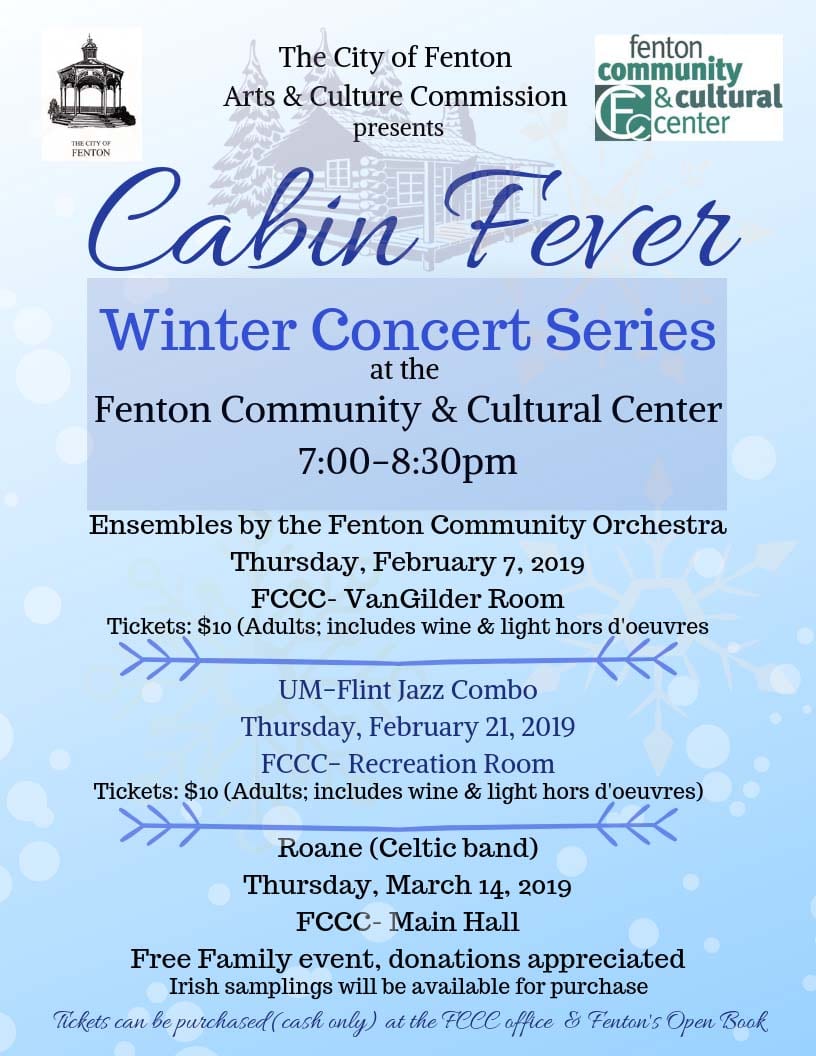