Erik Jones grew up in Byron, MI and naturally became a fan of the Detroit Red Wings. Like many Michigan youngsters, he may have dreamed of one-day skating wearing a winged wheel. Erik now drives a race car that flies as if it had wings. He is also very adept at wheeling it around race tracks on the Monster Energy NASCAR Cup Series circuit.

When you win a race at Daytona International Speedway it gets people’s attention. Erik did that last July in the Coke Zero 400. The win propelled him into the playoffs in just his second year in NASCAR’s premier Cup Series. 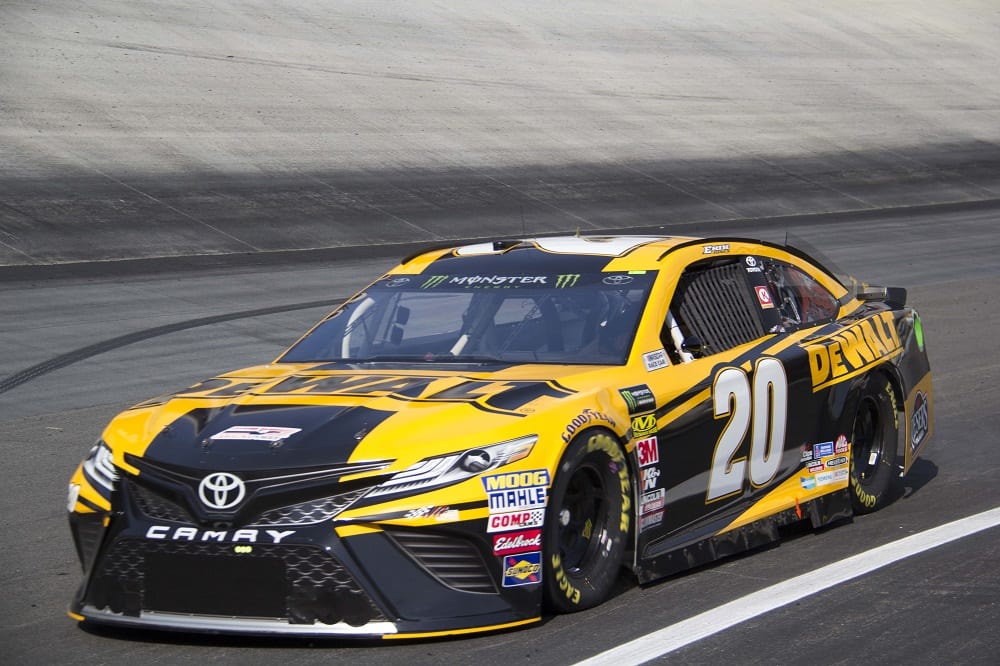 Cross promotion in sports is a frequent marketing tool. As the Red Wings practiced for their January 15 date with the Anaheim Ducks Erik watched from the Wings bench.

You get opportunities to do those types of things when you’re a local kid made good. In town to promote NASCAR’s dates at Michigan International Speedway, Erik met with some of the players.

He received an autographed Red Wings jersey. Number 20, of course. Erik handed out racing helmets bearing decals from his primary sponsor, DeWalt. One for each Red Wing born in Michigan.

After on-ice festivities concluded, Erik was given a tour of the Wings locker room. Answering questions from the media and presenting Wing’s Coach Jeff Blashill with a racing helmet of his own.

Erik hung around town to attend the game against the Ducks. Cheering the hometown Wings to a 3-1 win.

All of the fun on the ice was launched for a specific purpose and it’s a cool deal. No pun intended. Race fans can get up close and conduct their own Q&A session with Erik prior to the Consumers Energy 400 on August 11th at MIS.

The Erik Jones Ticket Package includes a grandstand ticket to the Consumers Energy 400 and a Pit/Paddock and Driver Introduction Pass. And on Sunday morning, Jones will host a special question and answer session for fans who bought this package. Fans can get this ticket package starting at $76 for adults and only $38 for children.

“I am excited to work with my hometown track to create a special ticket package for the fans,” Jones said. “I always look forward to racing in front of family and friends twice a year in the state I started my racing career.”

Fans can visit www.mispeedway.com or call 888-905-7223 to get race tickets and reserve campsites.