The Rolex 24 at Daytona International Speedway turned into the Rolex 20:18 as heavy rains caused 2 red flag stoppages. The twice around the clock timed event ended 11 minutes early. After 3 hours and 31 minutes of race time lost to the weather.

At 2:36 pm, Saturday, the starting grid roared through the tri-oval to take the green flag. The first major incident of the race occurred 1:15 into the event. When the No. 99 NGT Motorsport Porsche 911 GT3 R went dirt tracking into the tire barrier off turn five.

At 12:39 pm Sunday the 2nd Red Flag of the race stopped the on-track activity. The race never restarted. Standing water in several spots around the course made it unsafe to continue racing.

The DPi class took the top 5 finishing positions.  The race-winning team, driving the #10 Cadillac, consisted of Spain’s Fernando Alonso, Japan’s Kamui Kobayashi, the Netherlands Renger van der Zande, and Jordan Taylor of United States. They completed 593 laps. Teammates Pipo Derani and Felipe Nasr of Brazil, along with Eric Curran of the United States finished 13.458 seconds back in the #31 Cadillac. 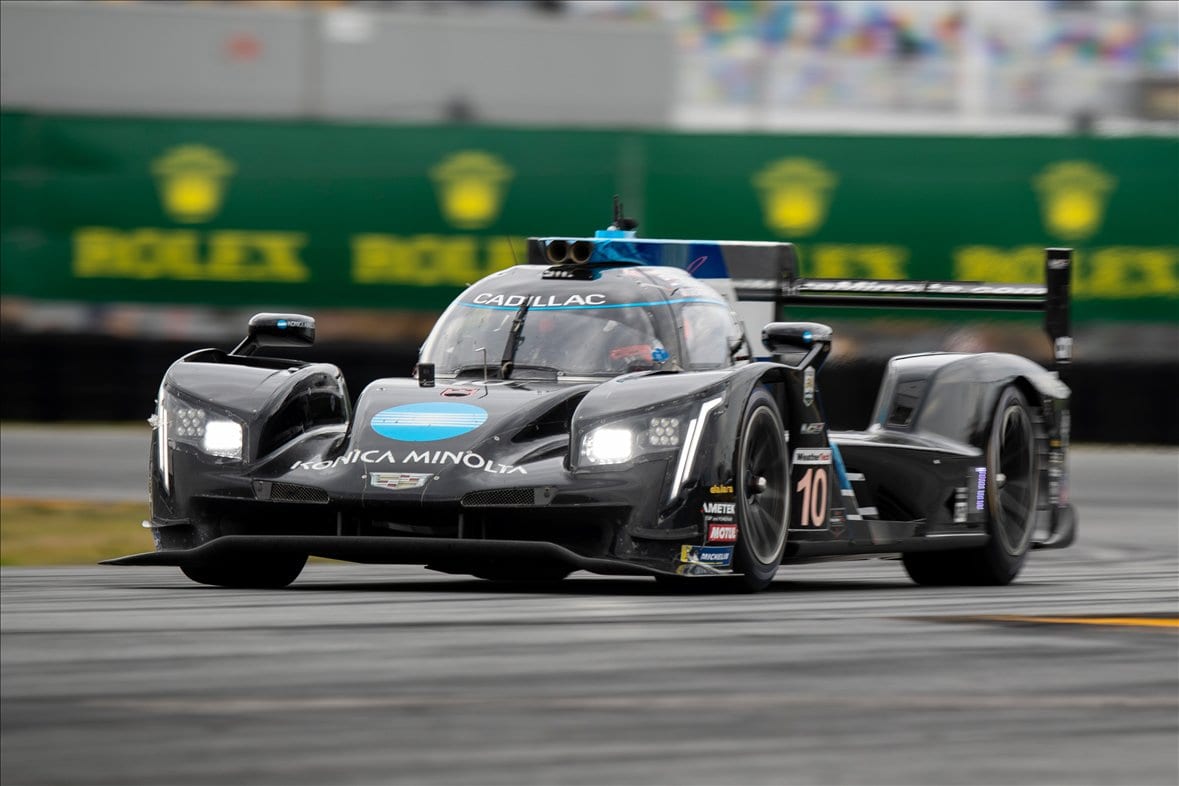 The only other car on the lead lap, the #7 DPi Acura of Helio Castroneves of Brazil, Alexander Rossi, and Ricky Taylor of the U.S. was only .5 seconds behind in 3rd place. Team Penske felt they could have won the race had it returned to green flag racing.

The highest ranking Ford was the GTLM #67 Ford GT. With Scott Dixon of New Zealand, Australia Ryan Briscoe, and the UK’s Richard Westbrook behind the wheel. After leading their class early in the race they finished 3rd in class and 12th overall.

Thanks to a lot of pre-race publicity, the #57 car in the GT Daytona class drew a lot of attention. The Heinricher Racing Acura NSX GT3, was piloted by a female only team of drivers. Katherine Legge, Simona de Silvestro, Bia Figueiredo, and Christina Nielsen plan to run the entire IMSA schedule this year. They finished 33rd overall, 43 laps down to the overall winners, and 13th in the GTD class.

Ford Performance Goes Back to Back as Harvick Wins at Richmond

Always a Party in the Michigan International Speedway Infield

Ford vs Ferrari, The Story Behind the Upcoming Movie