Fenton saw its share of interesting and exciting happenings in 2018. Here are some of the news stories and events that filled the calendar this past year.

Fenton residents love to eat at the area’s broad selection of restaurants. If you have not tried the eateries that opened last year, these are a few of our favorites. 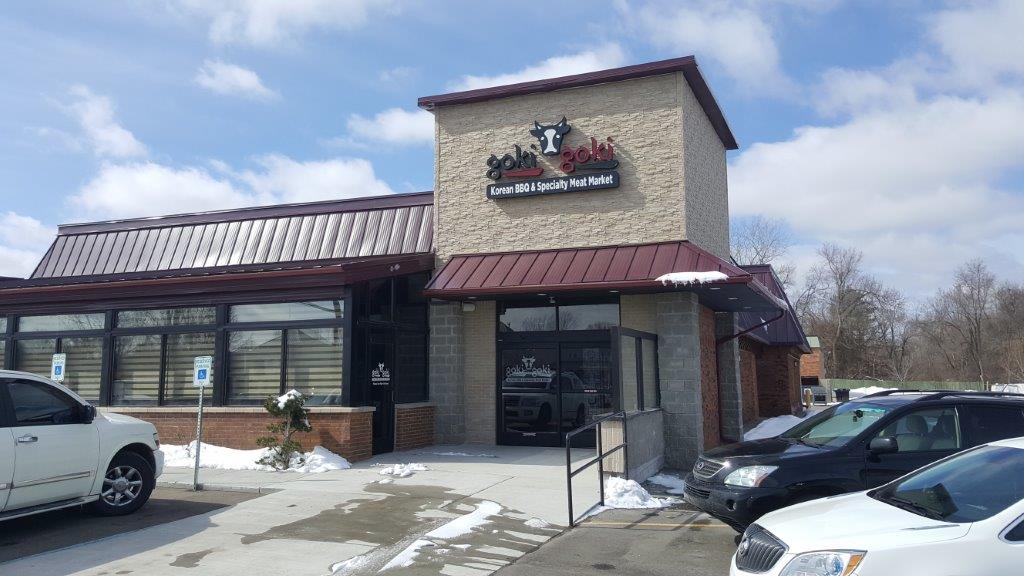 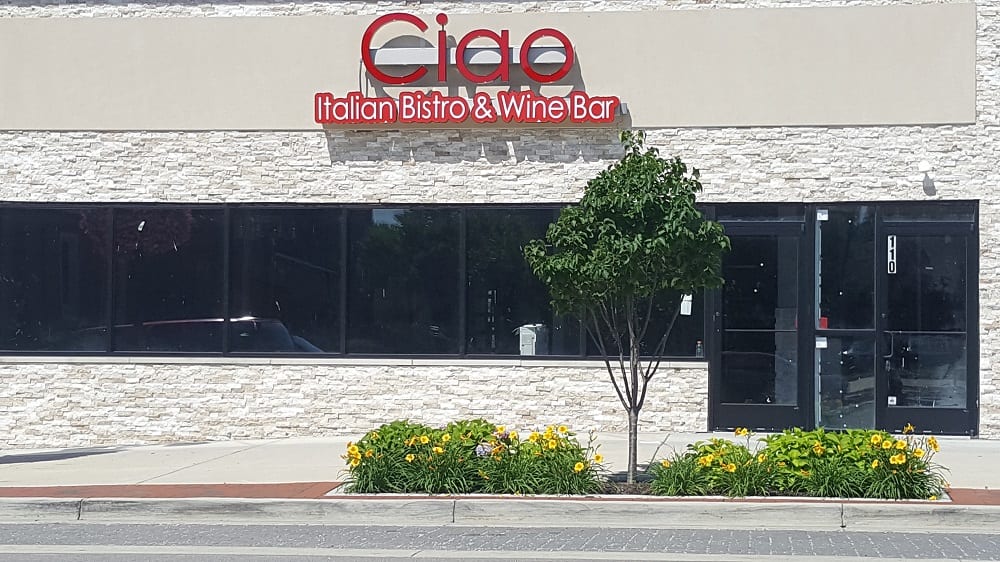 The new building project West of US 23 on Owen Road saw it first tenant move in. Starbucks now occupies the premier building corner spot on the site of the old Big Boy and Pizza Hut complex. 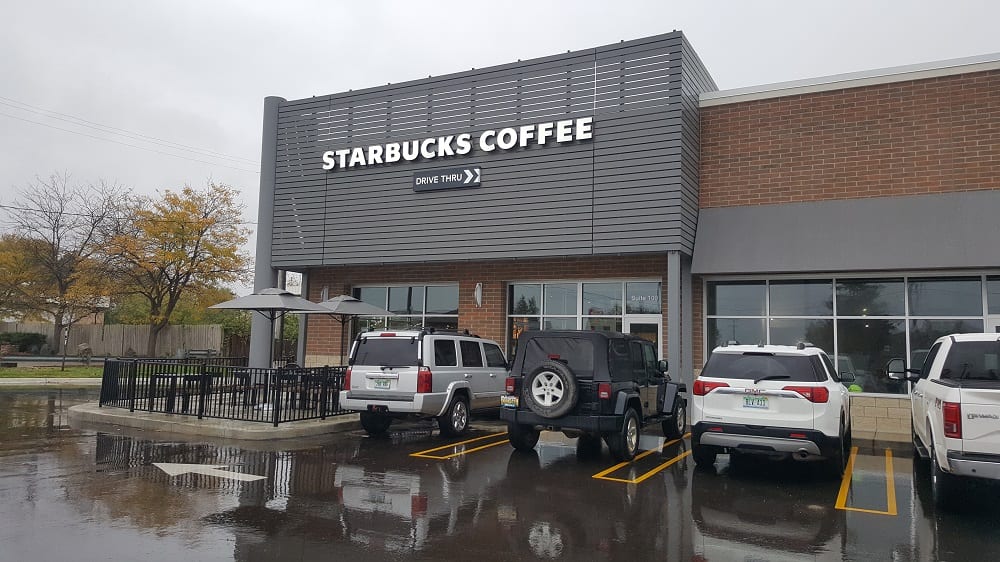 Across the street, the old Bob Evans transformed into The Meeting Place. An upscale family restaurant serving breakfast, lunch, and dinner. If you need to have a meeting, why not sit down over food to hold the discussion? 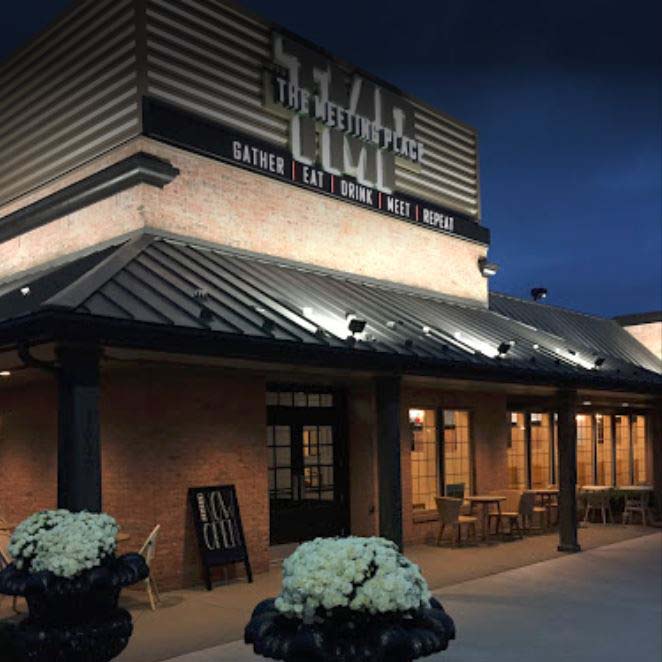 Smoothie fans welcomed the new Vibe Well Organic Juice and Smoothie Bar. After downing a delicious blended fruit drink you can step into their “Wellness Space” to meditate and relax.

Before and after dinner drinks are the specialty of The Fenton Pub. Next door to Ciao’s, the speakeasy is a cozy spot to stop in and enjoy some adult beverages. The Pub opened Thanksgiving eve giving local residents another place to enjoy their favorite brew or cocktail. As well as a gathering point for downtown activities. 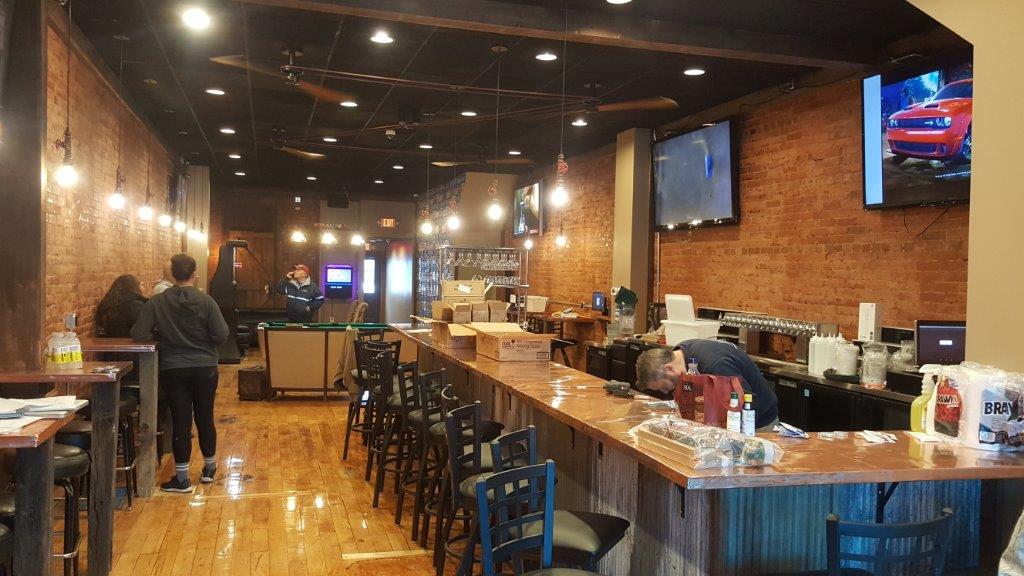 Business continues to boom in Fenton. Rejuv Ave Skin Spa broke ground for a new state-of-the-art facility on the corner of Mill and Adelaide Streets. Tracy and Scott Aubuchon are excited about the expansion of their business. The new building more than doubles the size of their current location on S. Leroy St.

Bridge Street Exchange brought their unique one-of-a-kind home of extraordinary men’s products to Fenton. Owner Kevin Begola, recognizing the growth of the downtown business environment, moved from Linden to 104 S. Leroy Street. Stormy Kromer Hats, Shinola Watches, Thorogood Boots are just a few of the quality products offered. Looking for something special for that man in your life? Bridge Street Exchange is the place to shop. 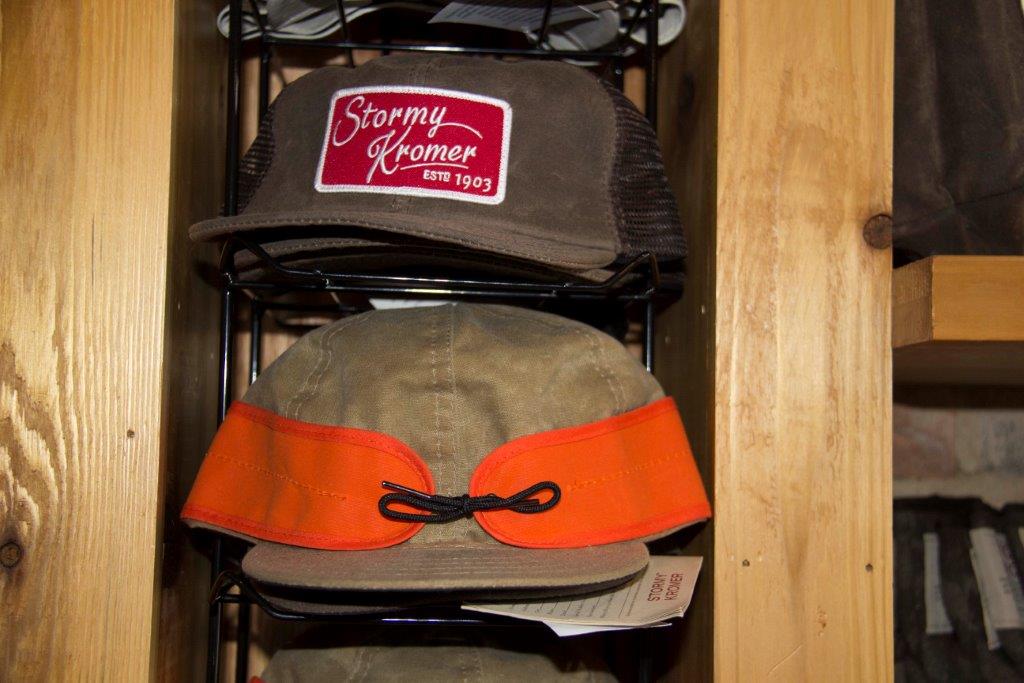 Fenton’s Sawyer Jewelers was honored with the Working Forward Small Business Award from Synchrony Financial. One of only 10 winners of the award nationally, Sawyer Jewelers received a cash award for business growth and community involvement. Reinvestment in the community is a key facet of Fenton’s continued growth. 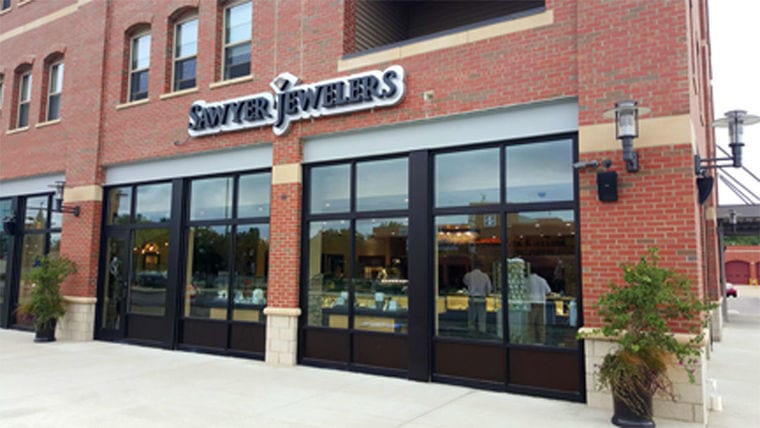 The old K-Mart on Silver Parkway is hardly recognizable. Property owner Kris Krstovski is transforming the building into a multi-store retail center. Upgrades are well on their way to turning the site into another shopping district on the west side of town. K2 Retail Construction Services is managing the project. New business bringing a new look to worn out property sites is great for the whole area. 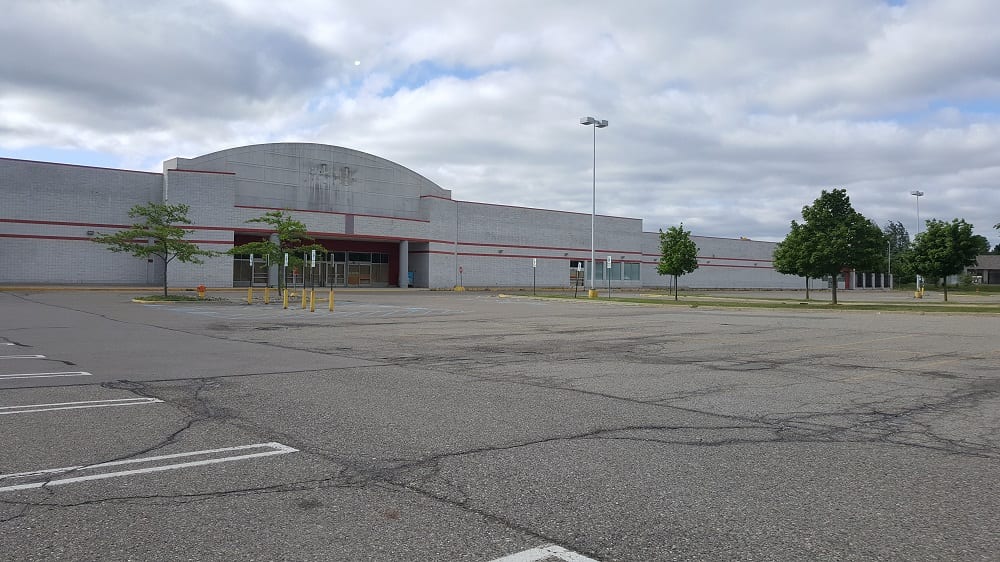 Another new development is coming to the property adjacent to the Fenton High School Football Stadium. Fenton Area Public Schools sold the 3.5-acre parcel between the stadium and the Speedway gas station. Keystone Commercial Real Estate is developing the site. Their preliminary plans call for a layout with 2 restaurants with Owen Road frontage. As well as space for a grocery store at the rear of the property. 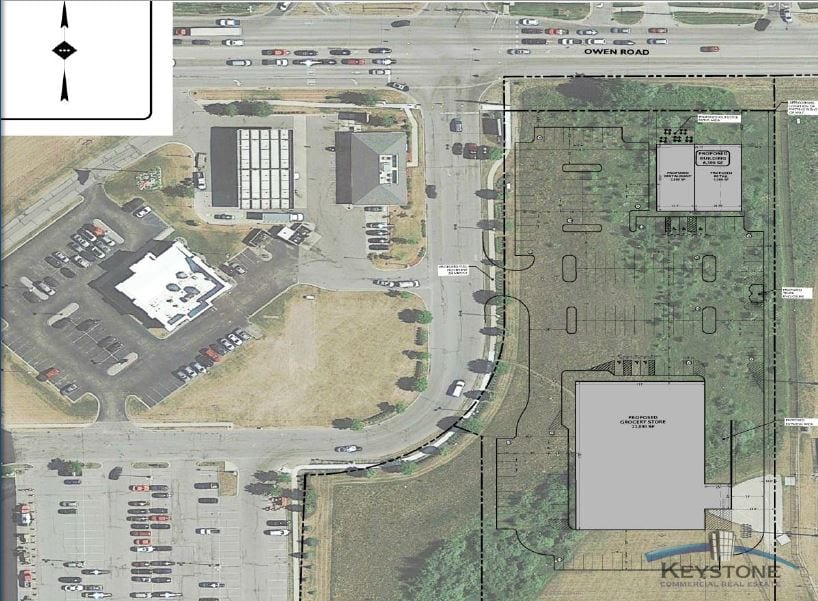 One of the great things about Fenton is the sense of community that local residents share. That can be seen in the efforts of so many to raise the city’s profile. Hosting an exhibit of paintings from the Detroit Institute of Art this past summer is an excellent example.

Dubbed Inside|Out the program brings high-quality reproductions of masterpieces from the museum’s collection to outdoor venues throughout Michigan. Community leaders sought this display for Fenton. A total of 11 pieces of fine art resided downtown for several weeks for all to enjoy. 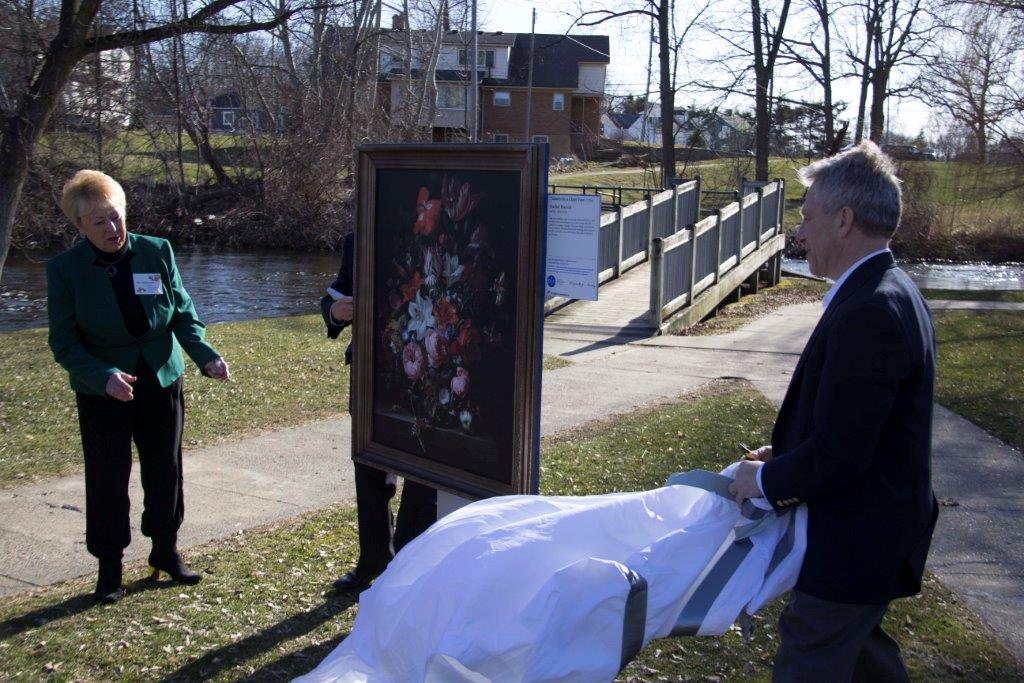 The official opening of the new Butterfly Garden by the river on Leroy Street is a gift to the community. The garden surrounds the Butterfly Statue that was erected last year across from the Fenton Post Office. Through a generous donation by Gerald and Kay Willey, owners of Fenton Home Furnishings, the DDA was able to purchase the unique piece of art. 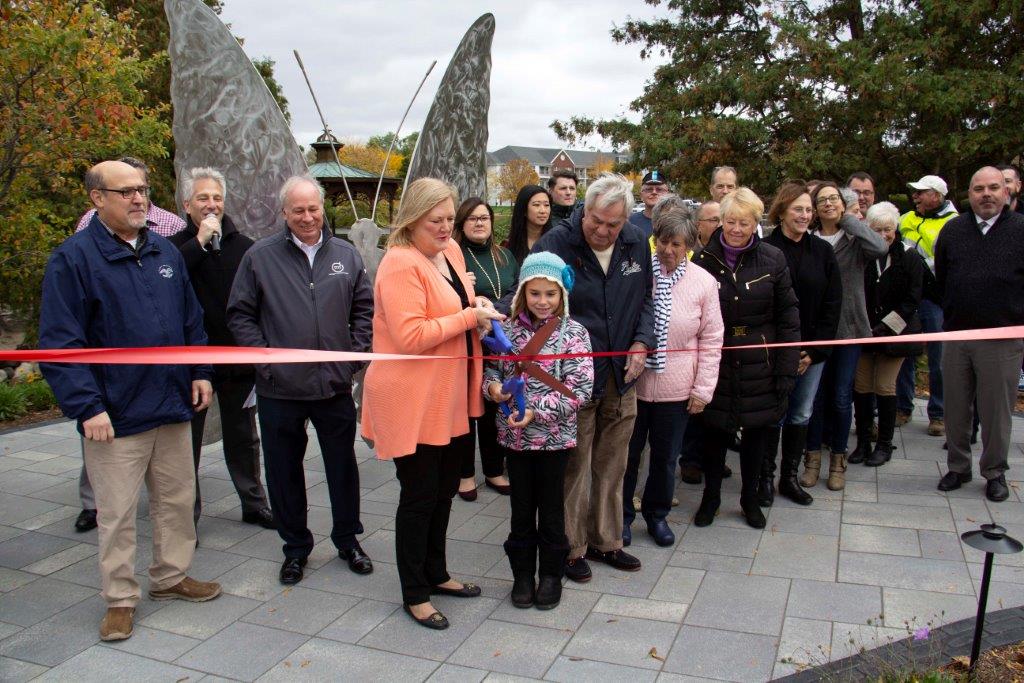 Performance art shared frequently in our area adds to the diversity of Fenton’s appeal in drawing residents to our community. The Fenton Community Orchestra performances are popular events. Music fills the air downtown on Thursday evenings all summer long as The Concert in the Park series at the millpond draws big crowds. The Fenton Ballet brings a touch of classical dance to our event calendar. This year’s Nutcracker performance drew rave reviews.

Just up the road in Flint, The Whiting offers a broad range of entertainment options to our area. A highlight from 2018 featured a performance by One Night of Queen. Gary Mullen pays tribute to Freddie Mercury in a captivating impersonation of Queen’s lead singer.

Nothing speaks to the strength of a community like involvement in charitable causes. Fenton residents step forward all year to share with those in need.

Fenton teenager Fenway Jones had two friends commit suicide. The impact of these incidents inspired her to organize a gaming fundraiser aimed at suicide prevention. Fenway teamed with the Barb Smith Suicide Resource and Response Network. The local group works with area residents too stem the tide of teens taking their own life.

Many local residents volunteered this summer at Warwick Hills Country Club. Professional golf returned to our area with the PGA Tour Seniors competing in The Ally Challenge. Charity proceeds exceeded $800,000 to the benefit of worthy causes associated with the tournament. 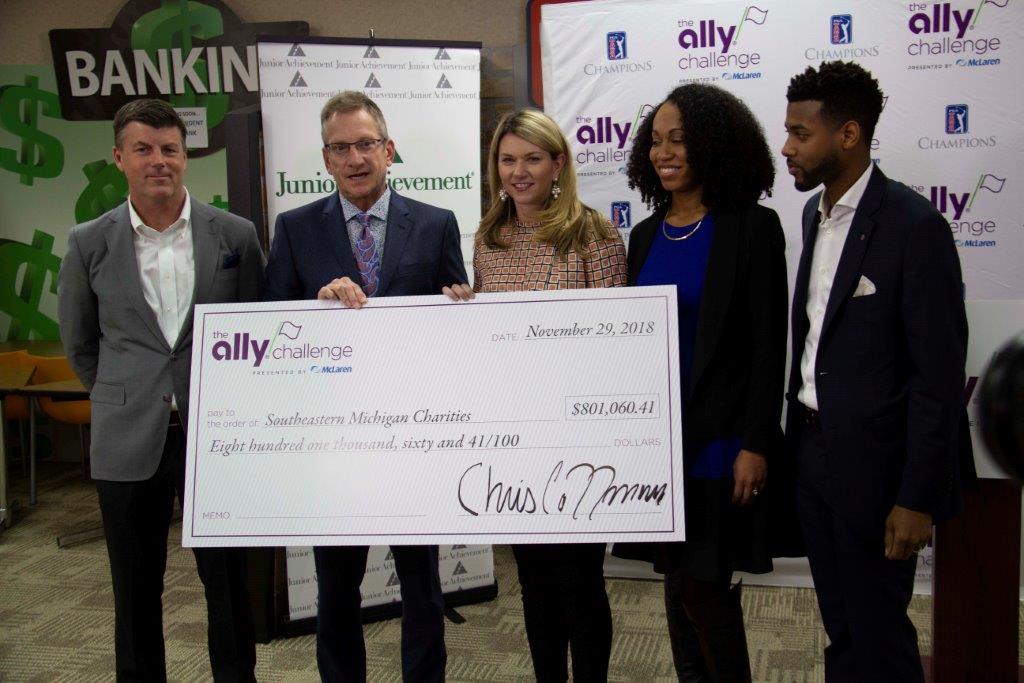 Sports fuel the passions of many groups in a community. The Ally Challenge not only produced a windfall for local charities. The golf tournament played to big crowds and gave local sports fans 3 days of great competition.

Fenton hosted a national championship event. Peabody’s Ice Climbing Club hosted the 2018 North American Ice Climbing Championships. Competitors from all over the U.S. came to our town for an opportunity at national recognition. 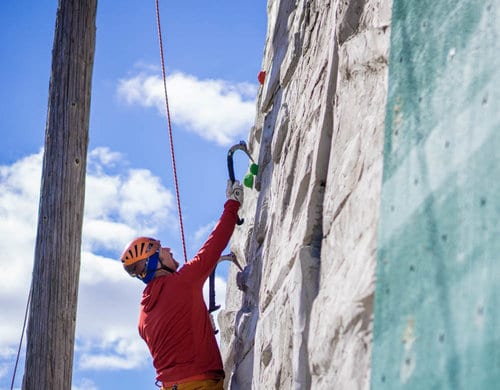 Motocross is a sport many in our area enjoy, some local athletes even compete professionally. Howell’s Matt Klann attempted to qualify in the Lucas Oil Motocross Pro Championship Race at Redbud MX. Redbud MX in Southeast Michigan is one of the premier motocross tracks in the country. They hosted the 2018 Motocross of Nations Championship. MXoN is the international motocross equivalent of the Olympics. 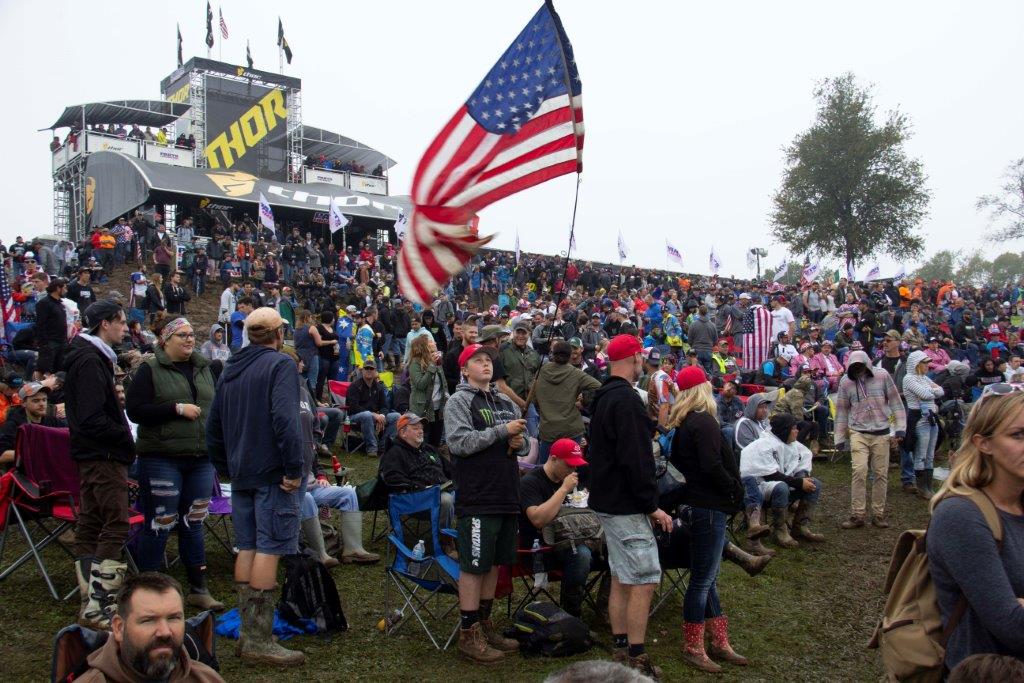 The University of Michigan is only 45 minutes south of Fenton in Ann Arbor. Michigan State University is just 45 minutes to the west of us in East Lansing. Fans from both schools reside locally and the interstate rivalry is intense. Michigan won this year’s meeting on the gridiron 21-7. 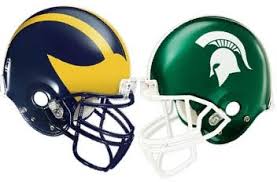 Former Fenton High School star track athlete Jacob Lee competes in the Big Ten for the Michigan Wolverines. Jacob, a junior this year, is making a name for himself on the track and in the classroom. 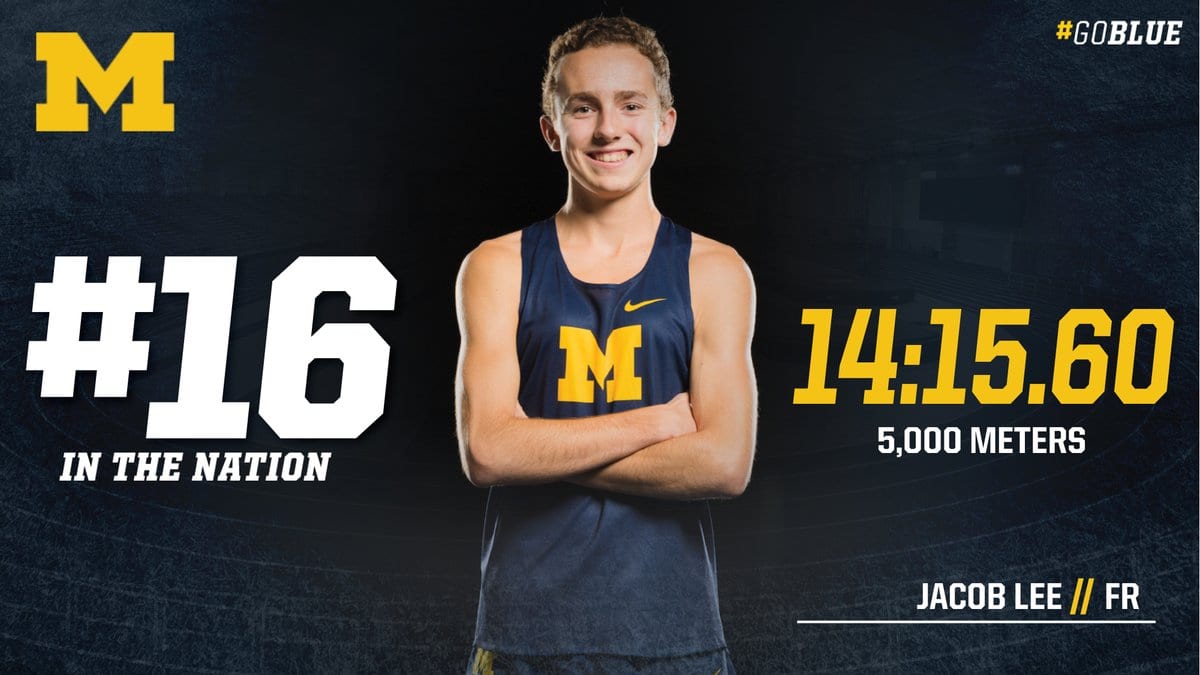 Erik Jones from nearby Byron, Michigan is also making a name for himself. Erik drives in the Monster Energy NASCAR Cup Series for Joe Gibbs Racing. In July Erik captured his first Cup win in the Coke Zero Sugar 400 at Daytona International Speedway. 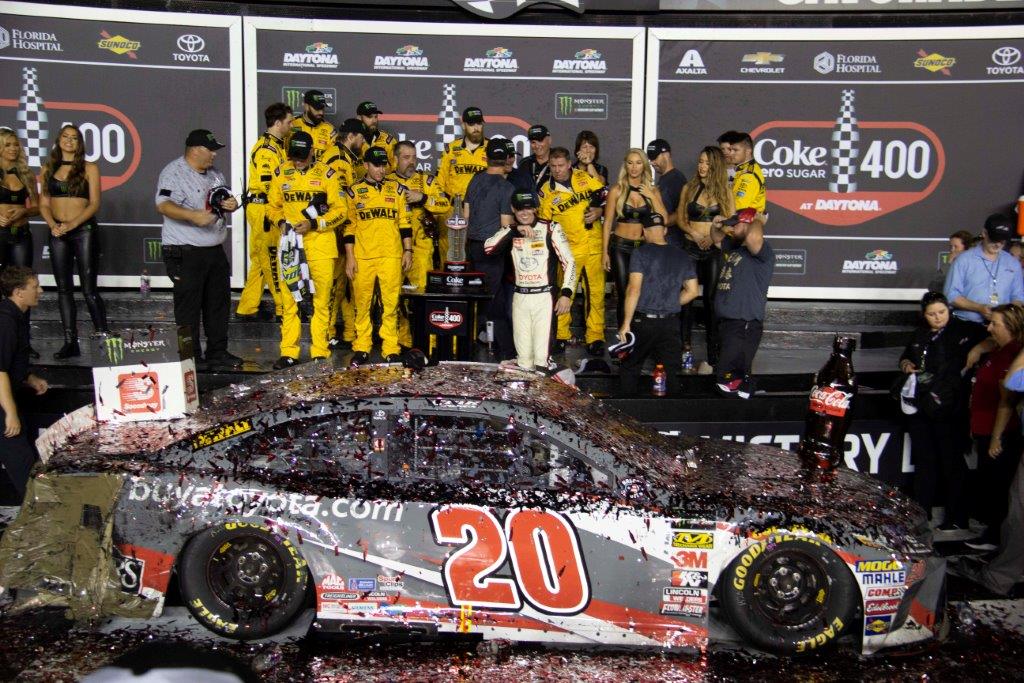 Michigan residents can watch the NASCAR Cup series drivers compete at Michigan International Speedway in nearby Brooklyn. Twice a year, June and August the Cars and Stars of NASCAR come to the Irish Hills of Michigan.

The Most Interesting People of 2018

There are some interesting folks that live in our area. Last year we met a few with some great stories. Teacher Matthew Sayers brings a unique approach to history class that his students really like. Dr. Mitch Babcock, the local physical therapy expert with a personalized approach to patient care. 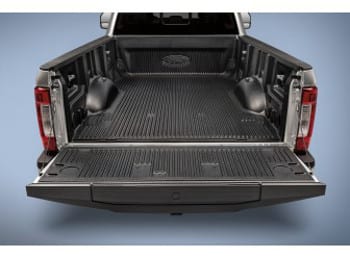 What’s in store for 2019? We can’t wait to find out. We know some of our favorite events are returning. Restaurant Week gets the year started with an opportunity to try those great eateries around town. The Fenton Community Expo will let us know spring is just around the corner. Taste in Fenton is the party of the summer. While the Barefoot and Free Yoga Festival gives us a chance to kick back and relax.

The ghosts and goblins will return to downtown for “An Event So Good It’s Scary” next Halloween. Then Jinglefest will wrap up the year in its usual style. 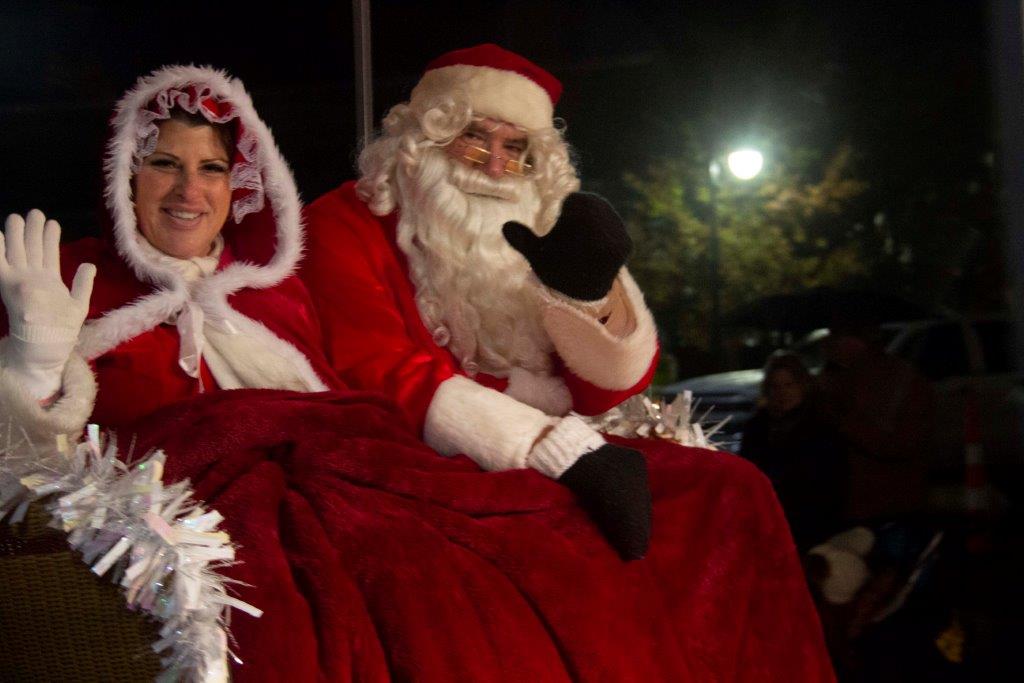 The Lasco Press Will be There to Cover it All

If you read the print edition of The Lasco Press you saw many of these stories over the past year. The online version of our newspaper covered them all. If you are looking for an article mentioned go online at thelascopress.com and use the search feature. Click on any of the links in this article to find coverage of your favorite event or read the stories that you missed.

We say Thanks, to you our loyal readers. Each month your numbers grow. If you have a story that would make for great reading, please contact us. Send an email to news@thelascopress.com and give us a brief summary. We appreciate your comments, tell us what you want to see more of. See you around town in 2019, it’s going to be another great year.