The Monster Energy AMA Supercross Series made their stop in Atlanta on Saturday and it was quite a show. Cooper Webb(2) continues his run of quality rides in the 450SX Main. While Austin Forkner(24) finally showed he is mortal in the 250SX East/West Showdown.

Riders found the racing surface to be in excellent condition. A finely prepared track added to the racing excitement.

In the first 250SX East/West Showdown of the year, everyone was anxious to see if Austin Forkner could dominate as he had for three weeks in a row.

In the heat for the East riders, The holeshot went to Alex Martin(26), but Chase Sexton(23) blew past Martin and took over the top spot. Forkner had to work his way forward. After a red flag brought the action to a halt, the brief respite recharged Forkner. After passing sexton he pulled away to take the heat win.

The West riders heat saw points leader Adam Cianciarulo(92) fall to 10th at the start. Shane McElrath(12) earned the holeshot and the lead. Cianciarulo worked is way back to a 3rd place finish. While McElrath grabbed the heat win.

Forkner nipped Cianciarulo for the holeshot win and stepped out to the lead. Looking as if he would once again dominate the race. Cianciarulo got passed by Sexton. Adam fell to 3rd before recovering to retake the 2nd spot. He then began his assault on Forkner for the lead.

Forkner could not withstand the heat and Cianciarulo passed him as the clock wound down. Dylan Ferrandis also managed to get by Forkner taking the 2nd position near the finish. 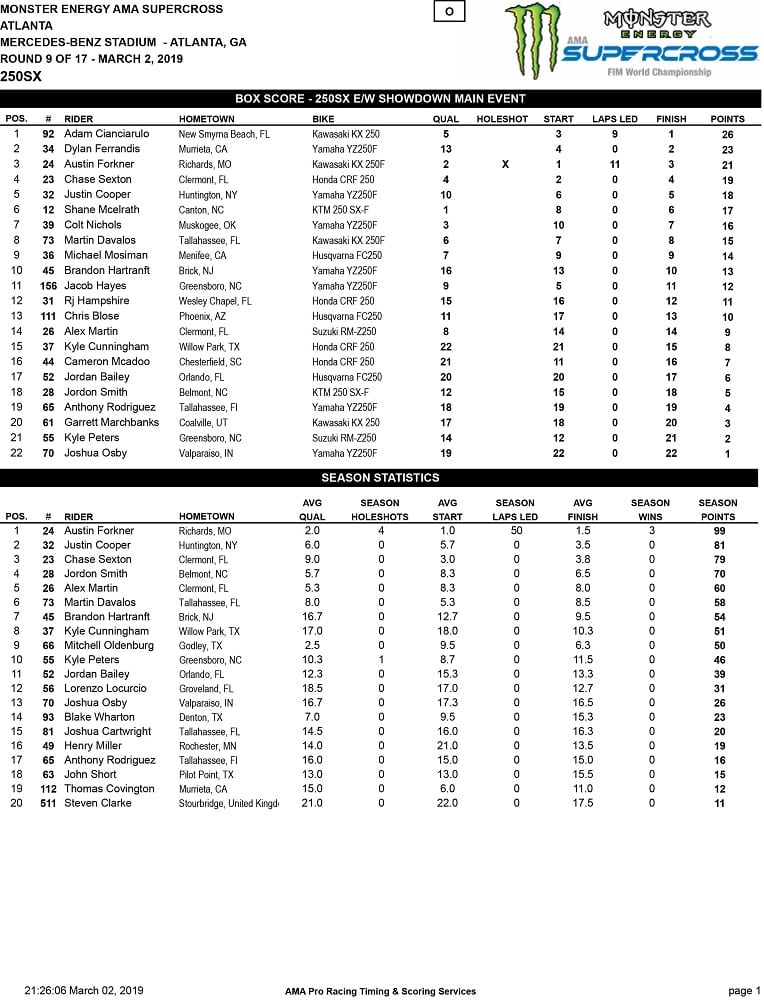 Cooper Webb was back on top this week for 5th win of the season. After qualifying 3rd, he earned the holeshot and led all 26 laps of the event. Blake Baggett(4), the top qualifier, took second and Marvin Musquin captured a podium spot finishing 3rd. Last week’s number two guy in the standings, Ken Roczen(94) finished 4th. Eli Tomac(3) cost himself some valuable point coming in 6th, just behind Aaron Plessinger(7).

The points battle last week showed a slim margin of 13 points from 1st to 4th. That margin grew to 22 points this week. With the top four, Webb, Roczen, Musquin, and Tomac remaining in the same spots. 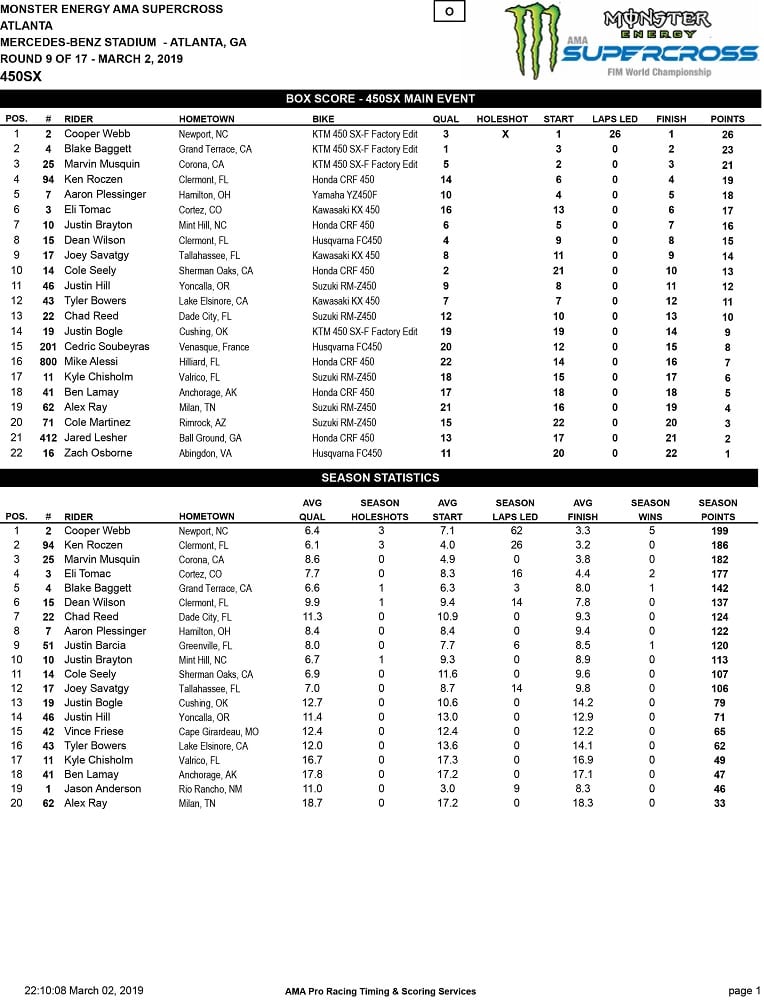 Martin Treux Jr. Wins at Richmond and Advances to Next Round of Playoffs