Don’t you just love a good read? Spending a Saturday on the couch with a book that reaches out from the pages, grabs you, and won’t let go. What if the book is filled with locales that seem very familiar, Michigan based, but the names have been changed? Still, you’d swear the author is talking about your neighborhood. 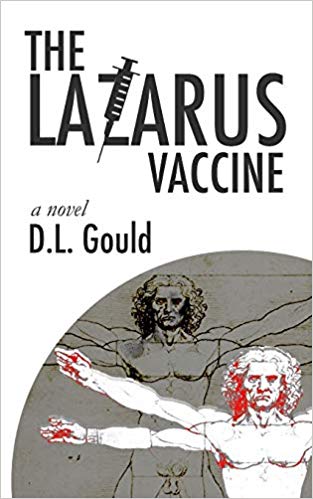 That’s because he is. The Lazarus Vaccine from author D.L. Gould is set in an area he knows well. Danny Gould is a Fenton, Michigan native. His family is spread across our area from Flint to Holly and Linden. Danny graduated from Fenton High School, got his degree from Western Michigan University and currently works as an English teacher in the Chicago suburbs. But his heart resides closeby.

Loving your job is a big key to a happy life. Danny teaches 11th and 12th graders. That sounds like a huge challenge to me, but Danny really enjoys watching the kids learn. The satisfaction gained from watching a youngster learn and progress is the thrill that drives Danny’s passion for working with his students.

Danny’s other devotion is to writing. Following the dream to one day write a novel, Danny has had a number of short fictional pieces published, he has also written editorials expressing opinions on a variety of subjects.

Then two years ago Danny made the commitment to live that dream. He started working on his first full-length fictional novel. Danny began to write about things he knew, most specifically his love for the lakeside communities of Central Michigan. The first draft took about 10 months to complete. After another year of re-writes, polishing the narrative, and perfecting the story, “The Lazarus Vaccine” was born.

Danny calls the genre a Science-Techno-Thriller. The book deals with a number of subjects that are thought-provoking, such as Health Care, Science, Religion, and Drug Addiction. We asked if any of Danny’s students read the novel? “Yes, some are currently in the process.” He added; “It’s going to provoke some interesting conversations at certain parts.”

The book would be appropriate for mature teens. However, it does contain themes of violence, drug usage, and some crude language. Parents may want to engage young readers with discussions about the content they discover. It will also be fun to guess about the fictitious locale Danny creates and how it compares to real Michigan communities.

If you look up “The Lazarus Vaccine” on Amazon, here is the preview attached to the novel.

“During a violent thunderstorm at a poor, farming village in Mexico, lightning strikes and a man appears out of thin air. His body is covered in horrible scars, and he has no memory of who he is or where he came from. 2,500 miles away, in Crooked Lake, Michigan, two high school seniors, Jason and Adam, are about to have their friendship pushed to the limit when a mysterious hacker named Lazarus enters their lives. Lazarus is the world’s greatest hacker and a zealot social warrior who makes a lot of big talk about starting a revolution and “curing” humanity. Adam is enthralled, but to Jason, she’s just another computer nerd and conspiracy theorist caught up in the world’s culture wars.

Back in Mexico, the strange man with the scars is slowly recovering his memories. There is something he must do. Something he was sent to do… Stop Lazarus. These two independent narratives will converge into one explosive storyline. What they have in common: Lazarus. To Adam, she’s a friend; to Jason, she’s a nuisance; and to the man with the scars, she’s the deadliest threat the world has ever faced.”

Check out the 5-Star Reviews on Amazon from some of Danny’s first readers.

The internet is a powerful tool. It would be hard to estimate how many great writers and good reads never made it out of a publishers inbox prior to the introduction of the world-wide-web. Now sites like Amazon make it easier for a writer to “independently publish” his or her work.

You can order an electronic copy of The Lazarus Vaccine or if you prefer to hold a copy in your hand. Amazon offers writers the ability to have their work printed on-demand. No longer is it necessary for a novelist to risk the funds necessary to produce a large print run in the hopes their work receives a popular reception. 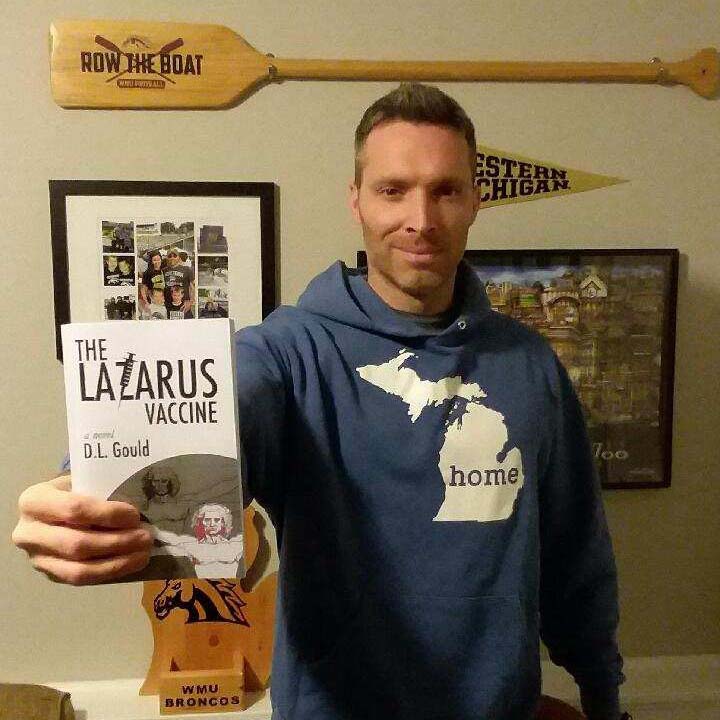 Sign me up. For less than the cost of a movie pass, The Lazarus Vaccine is hours of entertainment. The Michigan angle is especially intriguing and who doesn’t like helping the “local guy makes good” dream come true.

Order your copy of Dan’s Novel, S6.99 for the electronic copy or $12.99 for the paperback. Here is the Amazon link. Then call dibs on that comfy corner spot on the couch.