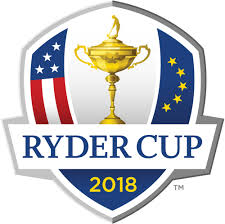 The Ryder Cup is returning to the United States for the 43rd match in the great history of this golf competition. Set for September 22-27, 2019 at the Whistling Straits Golf Course near Kohler, WI. Registration for the lottery that will determine eligibility to purchase tickets to the event is now open.

Follow the link to the PGA’s registration page. Complete the form and you will be emailed a link to confirm your email address. Complete the confirmation process and you’re registered.

But hurry, registration for the Random Selection process will end at 11:59 pm EST September 13, 2019.

About the Ryder Cup

According to the official website of the event. “The Ryder Cup has become one of the world’s greatest sporting events. Every two years, 24 of the best players from Europe and the United States go head-to-head in match play competition. Drama, tension, incredible golf, camaraderie, and sportsmanship are served in equal measure, captivating an audience of millions around the world. It’s an event that transcends sport, yet remains true to the spirit of its founder, Samuel Ryder.”

“Arguably the greatest championship course in the United States, The Straits at Whistling Straits® has hosted the 2004, 2010 and 2015 PGA Championships and the 2007 U.S. Senior Open, and it is the future site of the 2020 Ryder Cup.

Experience these two must-play courses crafted by hall-of-fame designer Pete Dye and ranked among the best in the United States.”