The 250SX East riders returned to the track in Nashville and by the time the gate dropped on their Main Event the points race was up for grabs. Austin Forkner(24), who has dominated the East standing all year long winning every Main, was not in the race. Forkner crashed badly in the whoops section during practice and was forced to withdraw from the event. The injury to his left knee is still being evaluated.

The good news for Forkner is the series travels West to Denver next week. Then a two-week break gives him additional time to rehab before East Rutherford on the 27th and the Final Event in Vegas on May 4th.

Justin Cooper(32) and Chase Sexton(23) looked primed to capitalize on Forkner misfortune as they went one-two on the start of the 250SX Main. Before completing a lap the two riders, with a chance to catch Forkner in the points standings, crashed together. Cooper took Sexton high on the exit of a corner and both hit the dirt.

Martin Davalos(73) took the lead and never relinquished it.

Sexton fought back to finish 2nd and Cooper took the final podium spot in 3rd. Forkner, without gaining a point on the night, remains the leader in the season-long championship points battle with 151. Sexton is three points back in 2nd at 148. Cooper sits in 3rd with 144 points. Either could have used the extra 3 points awarded the winner. Still, the contest is going to be very exciting over the final two events of the season. 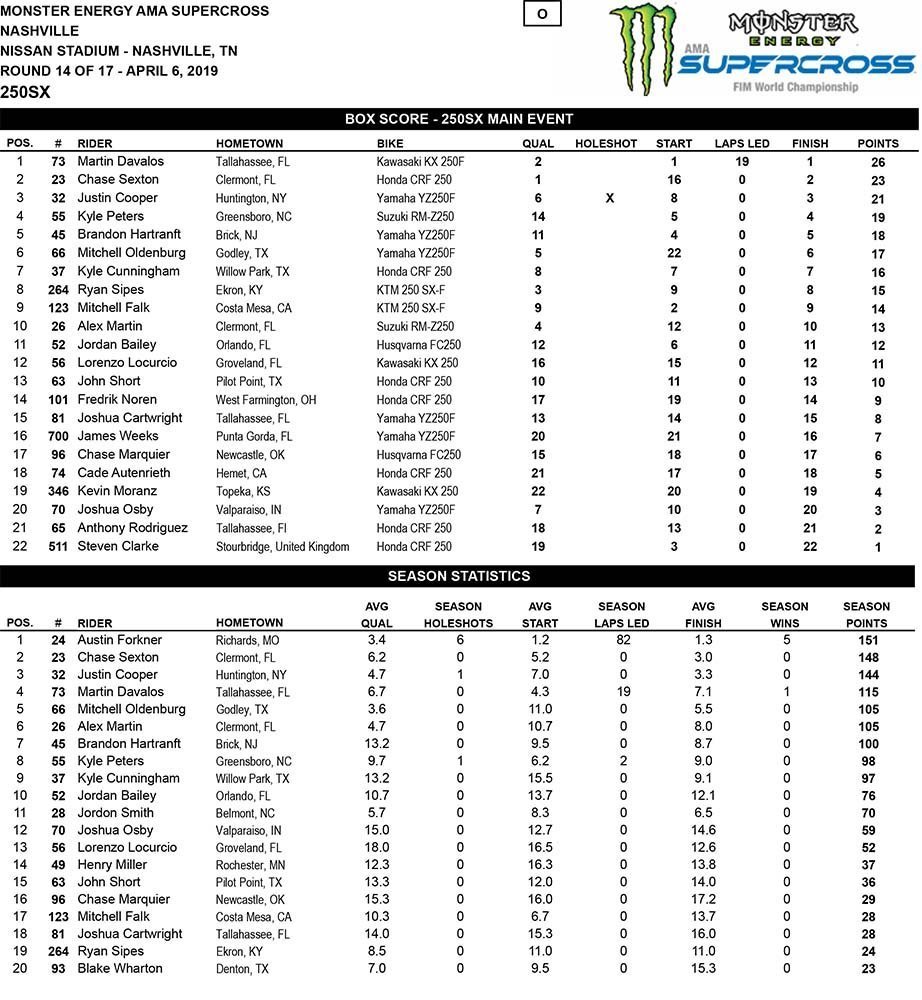 The 450SX riders faced diversity all evening with points leaders crashing and fighting for every position. Eli Tomac(3) had to make the Main event via the Last Chance Qualifier, which he won.

Marvin Musquin(25) and Joey Savatgy(17) crashed costing Musquin an opportunity to gain points on series leader Cooper Webb(2). Webb earned the holeshot and led early. Tomac capped his amazing night by passing Webb on Lap 9 and going on to take the Main win.

Webb leads the points race with 309. Tomac and Musquin are tied for second at 288. Still within striking distance, if Webb should suffer a serious mishap. Ken Roczen(94), 4th in points, had a tough night and finished the Main in 8th place. He trails Webb by 42 points and has likely ridden himself out of title contention. 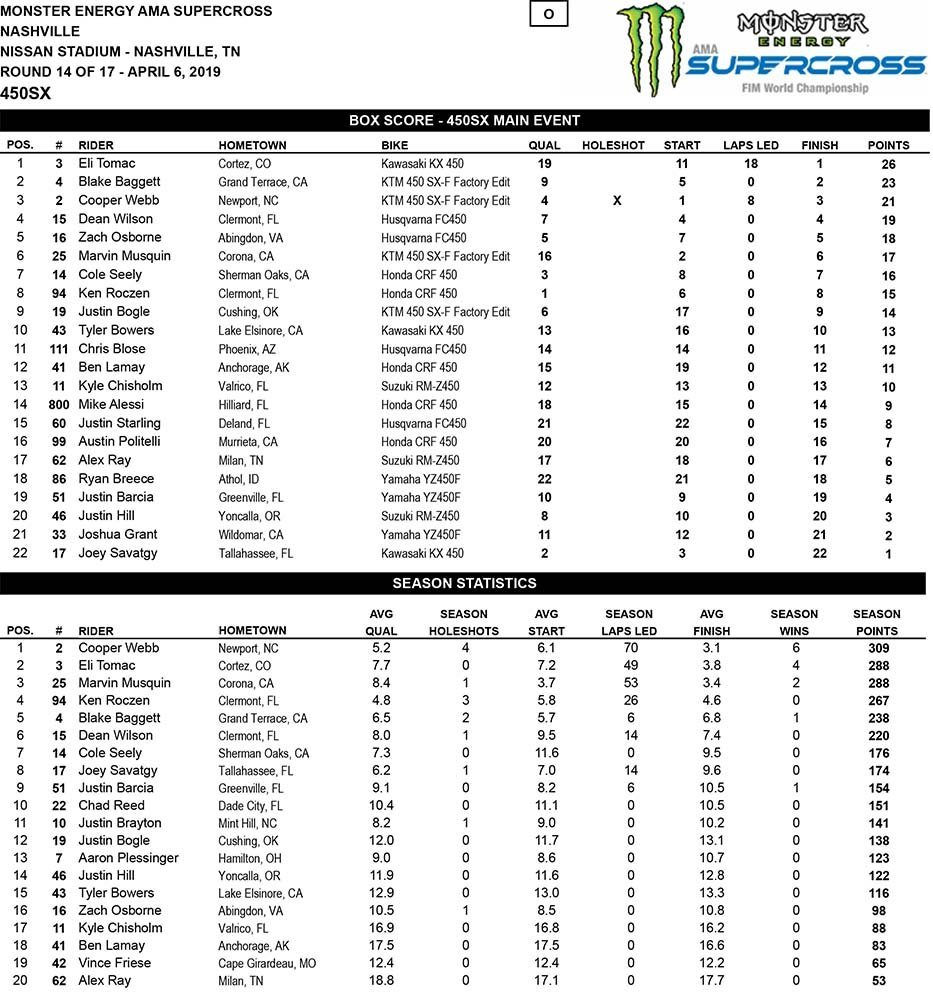 Next week it’s back out West to Denver.