The Mid-American Conference held their annual media preview for the 2019 football season at Ford Field. This year is the 150th anniversary of college football. A lot has changed since Rutgers University lined up against Princeton on Nov. 6, 1869, in New Brunswick, N.J. Rutgers won that first intercollegiate game, 6-4.

The Mid-American Conference(MAC) has a great tradition of their own. Since organizing in 1946 the MAC has a number of long-standing football rivalries that add to the history of the Sport.

The Battle of the Bricks

Miami of Ohio and Ohio University held their first meeting on the gridiron in 1906, Miami won that game 5-0. This year’s renewal of the Battle of the Bricks will be the 96th time the two schools have met in a football game. Both colleges, know for the beautiful brick buildings on their campus, have the honor of playing that game on November 6, 1869. Commemorating that game between Rutgers and Princeton, 150 years ago.

Western Michigan and Central Michigan will play for the 90th time on September 28 this fall at Kalamazoo. Western Michigan leads the all-time series 49–38–2. The rivalry dates back to 1907, with only a few breaks in their yearly renewal. The schools have played annually since 1973.

Dr. Jon Steinbrecher, MAC Commissioner, opened this year’s Conference Football Preview. Now in his 10th year at the helm, Steinbrecher listed the accomplishments of the MAC and touched on a number of the hot topics in College Football today.

The two most prominent rules changes for 2019 involve the controversial call of targeting and how overtime rules are administered.

Player safety is always the main concern of the rules committees governing college football. The “targeting rule” has been widely criticized since it’s the inception. Everyone recognizes the importance of protecting the neck and head area of players, the manner in which the rule has been administered seems to be where the controversy lies.

Because a player charged with targeting is ejected from the game and must miss the first half of the next game the penalty is extreme, the call has to be right. Replay officials will no longer be able to defer the decision by saying the call stands. They must either confirm the call or if all elements of the targeting rule are not present the call will be overturned.

The penalty for targeting has been increased for multiple offenders. A player charged with the foul three times in a season will sit out the entire next game on the school’s schedule.

To help eliminate the possibility of playing excessive overtime periods a change has been made to the manner in which the overtime play is administered. For the first two overtime periods, play commences as normal at the 25-yard line.

Should overtime continue into a 3rd and 4th period, teams must make a two-point try after scoring a touchdown. Should the game extend into five or more extra attempts, the overtime will consist of a single play from the 3-yard line. Similar to a two-point conversion. Teams will alternate tries until a winner is determined.

The use of a student athlete’s name, image, and likeness has been debated hotly. The concept does not involve payment to the athlete from an NCAA sanctioned institution. But rather, payment from a third party for the use of the athlete’s autograph or picture.

The NCAA has formed a committee to investigate the legal and logistical aspects of such an arrangement. Commissioner Steinbrecher noted, “The challenge will be to establish regulations that are manageable and do not create artificial markets in which boosters step in to pseudo pay prospects or current student-athletes. Additionally, if a student-athlete is permitted to market their name, image, and likeness, should they also be permitted to have a lawyer or agent to assist them in this process.”

A host of potential problems await to be addressed regarding this subject. You need only to look at the state of College Basketball to see the pitfalls that the sport has fallen into. Hopefully, the NCAA finds a way to navigate through that minefield and protect the integrity of the game of College Football.

The transfer portal and transfer waiver process were also addressed by Steinbrecher. “What we need to look at is who actually transfers and not simply puts their name in the portal. And, is there a difference in the rate of transfer year over year and does all of this have some kind of effect on the academic attainment of our student-athletes.”

The NCAA has taken steps to streamline the transfer process, but still, they have received a significant amount of negative feedback in the press from special interest groups. Similar concerns exist with the transfer process that plague the sport with player compensation issues. The entire fiber of fairness in the big-money sports of College Basketball and College Football is at risk if these subjects are not dealt with in the proper manner.

A MAC School is eligible to participate in a New Year’s Six Bowl Game if they are the highest-ranked champion from the following Conferences.

The MAC will also be invited to send a representative to the Quick Lane Bowl in Detroit if the Atlantic Coast Conference or the Big Ten cannot send an eligible team. 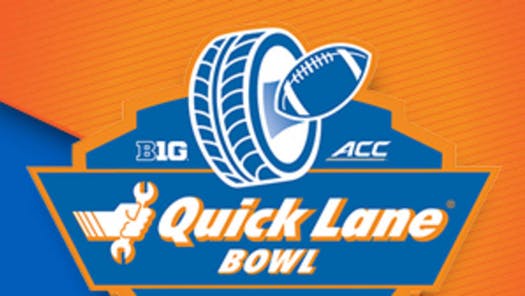 Beginning in the 2020 season and the following six-year cycle, the MAC will have six bowl commitments.

In addition, the Conference will send a representative to two of the following bowls annually on a rotating basis.

Michigan Universities Competing in the MAC

Michigan has three schools that are a member of the Mid-American Conference. Each institution carries the excitement of the coming season into their opening contests for 2019.

After four years under head coach John Bonamego and a 22-29 record with three bowl losses, Central Michigan replaced Bonamego after a 1-11 record in 2018. New Head Coach Jim McElwain brings a new attitude to the Chippewas.

Senior Defensive Back Da’Quaun Jamison talked about changes McElwain brought to the program. “Coach Mac has instilled an honesty-look at the man in the mirror-mentality, be accountable for your actions. Coach made sure everyone understood that with a 1-11 season there was no coach to blame, no writer to blame, no fan to blame, each of us had to be a man, look at ourselves in the mirror and figure out what each of us was going to change. That image of going 1-11 has faded from our minds and we are just looking forward to what we can do better this year to win?

McElwain has been a winner everywhere he’s gone. It will be interesting to see how the program progresses under his leadership.

The Eagles of Eastern Michigan compiled a 7-6 record last season and were invited to play in the Camellia Bowl at Montgomery, Alabama. Their loss in that game was a heartbreaker, Georgia Southern converted on a 40-yard as time expired to take home the victory trophy by a score of 23-21.

Coach Chris Creighton is entering his 7th season as Head Coach and says the returning players will benefit from their experience in the Camellia Bowl.

“We are a pretty humble group. We lost our bowl game to Georgia Southern. They kicked a long field goal after they converted on a fourth and ten. Our guys were on the field in like a fetal position. Our offseason has been reflective of that, the pain of defeat. Our guys are a driven group, that care about each other, they feel doubted, they feel people don’t believe in them. That deeply want to prove that we are legitimate. That’s what you can expect from Eastern Michigan Football in 2019.”

Last year Eastern Michigan was in every game it played, suffering two losses in overtime to San Diego State and Northern Illinois. This could be the year the program breaks out of a long succession of mediocre seasons. 1987 was the last year Eastern posted more than 7 wins in a season, it was also the year of their last Bowl victory. A hungry group indeed.

Coming back to coach at your alma mater can be a dream or sometimes a nightmare. Bronco Head Coach Tim Lester’s two years at Western Michigan have been somewhat lackluster compared to the success the program achieved in 2016 when they ended the season ranked 15th in the country with a 13-1 record.

Granted two losses during each of Lester’s campaigns came to schools highly regarded in major college football ranks. But for a program seeking to associate themselves with the elite in the sport that is disappointing. Western’s record all-time record against ranked opponents is 1-28. with their only victory coming in 2015 against fellow MAC member Toledo ranked 24th at the time.

Lester spoke about his programs keys to success. “We are going to run the ball, that’s who we are. We use the running game to set up the passing game. But we are going to lean on the things we always do, we’re going to pound the rock.”

The Offense scored 29 points per game(pg) last year, 51st in the country. But, gave up 37.4 points pg, 115th in the country. They rushed for 166.8 yds pg and passed for 233.3 yds pg. It’s going to take improvements on both sides of the ball if they are going to tote that rock into the endzone more frequently this year.

MAC Players Excelling in the NFL

Want to see some great football with a ticket price that does not break your piggy bank? Take in a Mid-American Conference matchup at one of their member institutions this fall.