Great entertainment in an intimate environment is what you get when you make the short drive to Warren to attend an event at the Andiamo Celebrity Showroom. The 800-seat performance center doesn’t have a bad seat in the house! Andiamo is excited to host exciting entertainers and make each attendee’s experience one to remember! 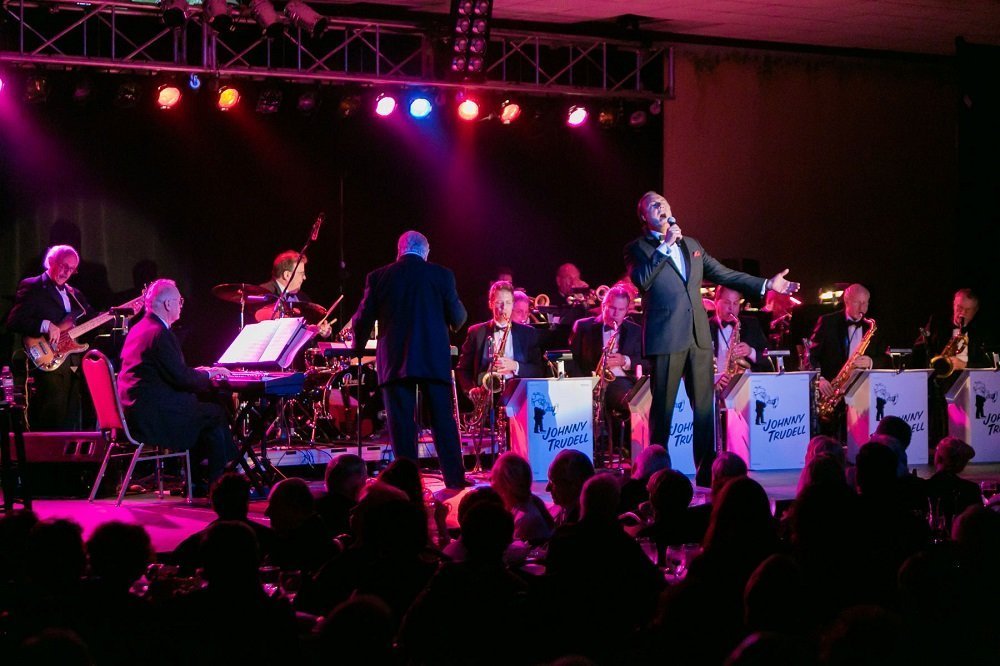 The Andiamo Celebrity Showroom is located at 7096 E. 14 Mile Road in Warren. The venue offers a Vegas-style setting and an up-close show experience. Performances begin at 8 PM with doors opening at 7 PM unless otherwise noted.

Affectionately known as The People’s Tenor, Michael Amante continues to be globally celebrated by audiences and critics alike. As a performing artist and actor, he has distinguished himself with versatility and an outstanding range of talents. Michael routinely sings a repertoire that includes Broadway, Jazz, Rock, Gospel, and American Standards, as well as the soaring notes of High Opera. Included in Michael’s many wide-ranging credits is an Emmy nomination for his self-titled PBS television special.

Eva Evola is a local Macomb mother whose accomplishments include performing the role of Ceprano in the Michigan Opera Theatre’s production of famous Italian Rigoletto at the Detroit Opera House and singing duets with Italian singer Francesco DeMuro.

Blue Öyster Cult’s long string of hits in the 70’s and 80’s include the hard rock songs “(Don’t Fear) The Reaper,” “Godzilla,” “Black Blade,” “Burnin’ for You” and “Shooting Shark.” Blue Öyster Cult has sold more than 24 million records worldwide, including 7 million in the United States alone. The band’s music videos, especially “Burnin’ for You,” received heavy rotation on MTV when the music television network premiered in 1981, cementing the band’s contribution to the development and success of the music video in modern popular culture.

This Premier Tribute to Queen stars Patrick Myers as Freddie Mercury has been traveling the country for the last 25 years! You’ll swear you’re back in Wembley Stadium, 1986 with Patrick’s extremely accurate, detailed performance. The uncanny resemblance, high energy show makes for one you don’t want to miss!

Their debut album, “Stargazer,” lands with the energy of WALK THE MOON, the charisma of Coldplay, and the emotion of Ed Sheeran. Strong melodies and thoughtful songwriting become even more apparent and powerful when big production and synth-heavy tracks are stripped back with the minimal arrangements of their acoustic EP, “Stargazer Sessions.”
An acronym, “Yam” stands for “You Are Me,” which is their take on the golden rule. Their positivity and broad inclusiveness is mimicked by their audience ranging from toddlers to grandmas and everyone in between. High energy and crafted sets, dedicated fans, and enticing personalities have led to numerous sold-out shows and are propelling them into even larger invitations.

Clay’s rise to fame was nothing less than meteoric; he became the first comedian to sell out Madison Square Garden two nights in a row and was the only performer ever “Banned For Life from MTV.” Over the last few years, Clay’s career has experienced a resurgence, most notably when he starred to great critical acclaim alongside Cate Blanchett and Alec Baldwin in Woody Allen’s Blue Jasmine, his recurring role on the final season of Entourage and Martin Scorsese’s Vinyl.

His other notable TV credit is The Celebrity Apprentice, where he is proud to have been the first celebrity thrown off the show. Andrew’s most recent role on the big screen was in the popular film “A Star Is Born” alongside Lady Gaga and Bradley Cooper.

Attend the show and be one of 10 lucky winners! On behalf of founding member Dr. Otis Williams, 10 lucky winners will be chosen the night of the performance to win a pair of tickets plus a cast meet n’ greet to the Broadway Musical “Ain’t To Proud” coming to Detroit next year. 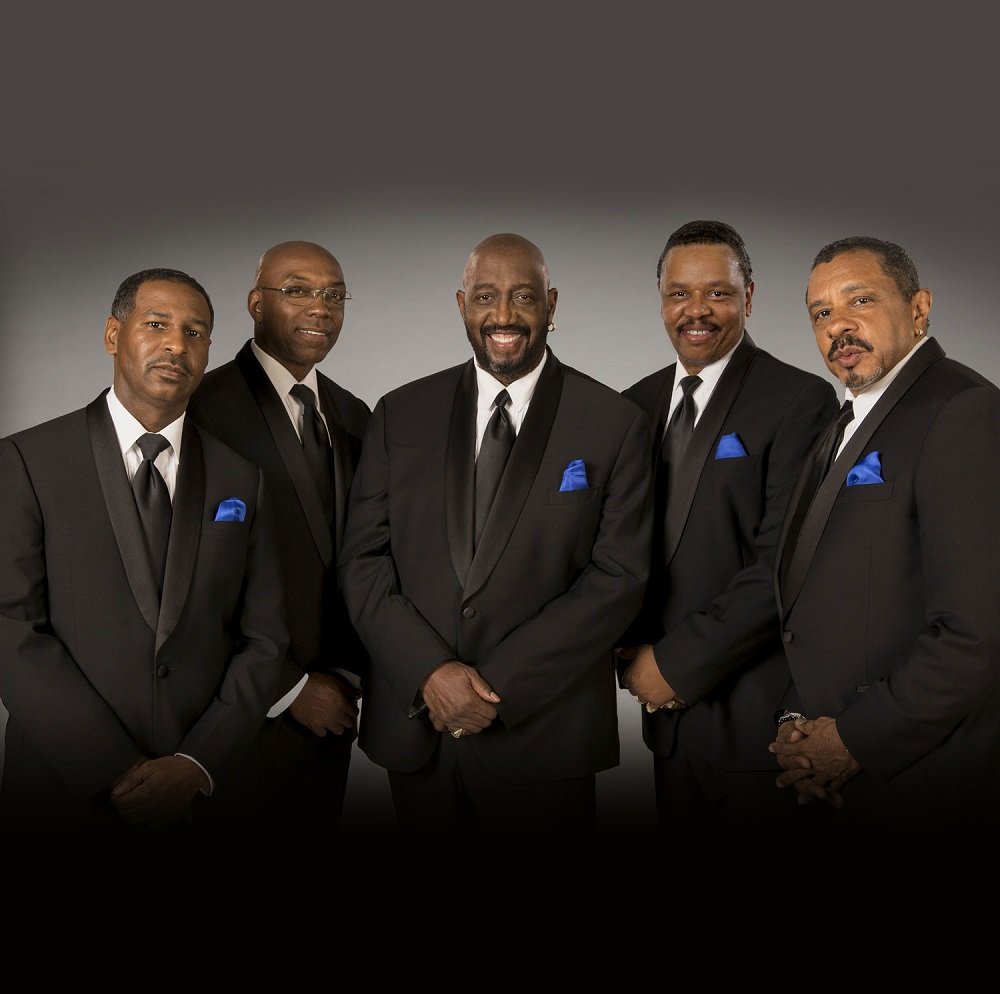 For more than fifty years, The Temptations have prospered, propelling popular music with a series of smash hits, and sold-out performances throughout the world. Currently consisting of members Otis Williams, Ron Tyson, Terry Weeks, Larry Braggs, and Willie Greene Jr, this Detroit original Motown group is best known for hits like “My Girl”, “Get Ready”, “The Way You Do The Things You Do”, “Ain’t Too Proud To Beg” and “Since I Lost My Baby”. The Temptations have consistently remained true to tradition and bring smooth steps, fabulous voices and flawless presentation to every sho

John Acosta as Barry Gibb has performed in Bee Gees Tributes all over the world. His portrayal of lead singer Barry Gibb is with a zest for detail, like no other. From the look to the falsetto, you will close your eyes and say its Barry! John Acosta’s Bee Gees Gold tribute is the ultimate salute and experience of seeing the Bee Gees in their prime, LIVE ONCE AGAIN!

With the detailed vocal stylings of John Acosta (Barry), Daryll Borges (Robin), Jeff Celentano (Maurice) as the Gibb brothers, there is a sensation that will make you blurt out “Wow.. I just saw and heard the Bee Gees!” Backed by a live band, the Vegas Bee Gees tribute recreates the look and sound of the Bee Gees from the 60’s to the late 70’s, with the unique falsettos that made them legends. Performing such early hits as “Massachusetts” and “I Started a Joke”, to the later Disco classics, “Stayin’ Alive” and “You Should Be Dancing”.

As the world’s most authentic tribute to “Old Blue Eyes,” Andrea Bocelli thought that Mark Randisi was Frank Sinatra singing when he heard him for the first time! Close your eyes and you will swear that you’re hearing Sinatra himself. Celebrate Frank’s legacy with Sounds of Sinatra. Mark will be backed by The Motor City Horns, a 20 piece orchestra who have collaborated with such names as Bob Seger and feature some of Detroit’s most versatile musicians.

Jim Belushi & The Board of Comedy

With more than thirty years of experience and an alumnus of “Saturday Night Live” and Chicago’s famed Second City, JIM BELUSHI is now bringing to the stage an improvised comedy sketch show featuring members of the Board of Comedy.

Belushi starred on the ABC hit comedy “According to Jim,” on which he also served as executive producer, music composer, and director. After wrapping 182 episodes for its eighth and final season, the family favorite series also hit a milestone when it launched into off-net syndication in 2007. A favorite of film, television and stage audiences, Belushi is one of the great leading character actors equally at home in drama and comedy, and a gifted performer who can also hold a room as the frontman of a rhythm and blues band. Accompanying Belushi are Megan Grano, Larry Joe Campbell, and Joshua Funk*, all of whom are classically trained professional improvisers who tour regularly nationwide.

*Supporting cast may be subject to availability

*$78 Tickets Include Meet and Greet with Judge Mathis!

Judge Greg Mathis is the arbiter of the Daytime Emmy Award-winning, syndicated reality courtroom show, Judge Mathis. Mathis holds the longest reign of any African American presiding as a court show judge and also was rated in the top five of all judges in Michigan’s 36th District Court, rated higher than more than 20 judges! At this show, hear Judge Mathis’ share a compelling and comedic performance of the real-life journey from troubled youth to Judge and television star.

Best described by the late Joan Rivers as “The Three Tenors meets The Rat Pack”, The Sicilian Tenors present a must-see show filled with the power and beauty of operatic tenor voices singing marvelous songs and arias as they take you on a romantic journey from Hollywood to Broadway to Italy. Combined with light-hearted fun, The Sicilian Tenors present a show for all ages and musical tastes!

Erik Jones Delights Fans in a Visit to His Hometown of...