The Ally Challenge presented by McLaren is in the books for another year. This year’s tournament went above and beyond the original edition with bigger crowds, a bigger field, and a bigger contribution to charity. But, the biggest news from Warwick Hills Golf and Country Club last week was that Ally Financial and McLaren Health Systems have renewed their sponsorship of the tournament through 2025.

Andrea Brimmer, Chief Marketing and Public Relations Officer for Ally Financial made the announcement and went on to say how committed Ally was to making The Ally Challenge presented by McLaren the biggest and best tournament among the PGA Tour Champions events.

Another Senior Professional Golf Tournament in Our Region 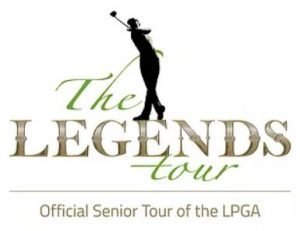 Do you want to take in another Professional Senior golf tournament before the weather closes out golfing here in the midwest? The Legends Tour, home of “The Greatest Names in Women’s Golf” holds their season-ending Senior LPGA Championship in Indiana.

The tournament is played on the fabulous Pete Dye Course at French Lick Resort in French Lick, Indiana, October 14-16.

French Lick is probably best known as the home town of basketball great Larry Bird. Located in the foothills of southern Indiana adjacent to the Hoosier National Forrest, French lick is a golf haven.

In addition to the Pete Dye Course, another famous golf course designer, Donald Ross, provided the inspiration for his self-named layout nearby. “The Donald Ross Course has been rated the No. 2 public course in Indiana by GolfWeek every year since 2011.”

Sultan’s Run provides golfers with another premier golfing experience. Designed by Pete Dye disciple Tim Liddy “the wonderful bunkering and a waterfall behind the 18th green makes it one of Indiana’s most scenic layouts.”

All courses in the area are open for play during the tournament. The Pete Dye Course reopens at the conclusion of Senior LPGA Play.

Accommodations for every budget are available in French Lick. For a top-notch experience consider visiting the French Lick Resort. Comfortable and fashionable rooms, great dining, drinks, entertainment, and the French Lick Casino. All at the center of everything to see and no better time to visit than the beautiful fall season. Special packages are available during the tournament book online or by telephone at (888) 936-9360.

The Lasco Press will provide live coverage of the Senior LPGA Championship presented by Old National Bank. Hope to see you on the course.

Shane Lowry Wins the Open Competition in a Runaway