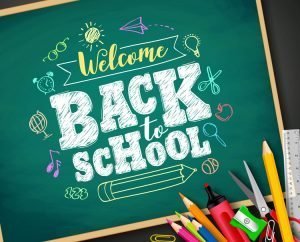 The saying goes, “If you can read this, thank a teacher.” With area schools back in session fulltime, it seemed appropriate to pause and think about those teachers that we encountered that made a significant impact on our lives or on the futures of our children.

It has been a long time since I attended high school. But, I am still grateful for the Speech teacher in my Junior year that took a personal interest in my education. Learning to properly draft a speech and deliver it confidently is a skill that has proved invaluable throughout my life.

If you think back it’s likely there are one or two special teachers that pointed you in a specific direction, inspired an interest that has stuck with you, or maybe influenced one of your children to take a path towards higher education.

Fifty Years in Front of a Chalkboard

Dale Wolfgram taught in the Grand Blanc School system and at Mott College for 50 years. Anyone that can devote five decades to a profession deserves special recognition. During that timeframe, Dale received a number of awards and was esteemed as an exemplary educator.

Teaching science, chemistry, and oceanography, Dale was honored as the Greater Grand Blanc Area Educator of the Year. Several times awarded Grand Blanc High School Teacher of the Month. He was recognized as a Woodrow Wilson Fellow in Chemical Education and a NOAA Teacher at Sea.

But, to Dale, maybe the most significant accomplishment is to be remembered by students he taught who still come by to say hello and those who give him a handshake or wave when they see him out in the community.

Dale is responsible for leading the establishment of the Oceanography class at Grand Blanc HS. An elective that students really enjoy and one that continues today as a popular choice for those interested in earth sciences.

A Lifelong Commitment to Education

Dale grew up in Hemlock, MI, just west of Saginaw and attended a parochial one-room schoolhouse. As was often the case in smaller schools, older students helped the teacher with younger pupils. According to Dale, this was the inspiration for his career choice, he always wanted to be that person who helped people learn.

After graduating from Central Michigan University with a Teaching Degree specializing in Chemistry, Dale taught two years in Indiana before returning to Michigan and taking a position at Grand Blanc HS. Though chemistry was his primary subject, the ocean and the science it contained was always an allure. Hence the establishment of the Oceanographic department and the study of what Dale refers to as our water planet.

He was pleased to turn that class over to a former student when he retired from full time teaching at the school. Dale finished his career working part-time at Mott College, teaching students studying to be teachers themselves.

Teaching chemistry could be considered hazardous duty. One of Dale’s favorite labs was to take a dollar bill from a student, soak it in a chemical (70% rubbing alcohol) and light it on fire. The alcohol would burn off and the water would evaporate, the bill would be damp but unharmed.

One day the dollar bill actually caught fire, Dale was unsure of the cause, but the class loved it. It was Dale’s money. He hung the half-charred bill in his classroom as a reminder that sometimes things don’t go as planned.

“Whenever we had a lab scheduled, during my preparation, I tried to think of all the possibilities that could go wrong,” Dale said. “That way I was prepared for any potential outcome. That allowed me to react instinctively and not have to figure out the proper course of action.”

A Different Approach to Chemistry

The Periodic Table, the bane of chemistry class was having to memorize those elements. Dale’s approach was to teach students how to use the information presented there and for students to learn how they interacted. So, cards with numbers and symbols were allowed as a reference during tests.

Dale’s students concluded a semester in his class by presenting him with a gift. A t-shirt with the Periodic Table printed across the chest. Except that it was positioned upside down, so if you glanced over your chin it was easy to read. Everyone in the class owned one, it became a part of Dale’s legacy.

What it Means to Be an Educator

“The children now love luxury; they have bad manners, contempt for authority; they show disrespect for elders and love chatter in place of exercise.” A statement that many say summarizes the majority of youth today. The quote, however, is attributed to Socrates.

Dale developed a teaching style over his 50 years that served him and his students well. Consider some of the pearls of wisdom he shared.

“I always remembered that I taught students, chemistry was just the subject.”

“If had a student fall asleep, I hoped he got a good nap. Maybe he will stay alert in his next class. What good would it do to embarrass him in front of his classmates?”

“The only dumb question was the one that went unasked.”

“When you look at a chemistry beaker you cannot tell if it’s hot or cold, touching it is not the best way to find out. The only time you can be sure it will hurt you is if it’s broken.”

“For so many young people today daily activities revolve around instant gratification. That is not how life works. Real accomplishments take much longer, we must help them understand that.”

Thanks, Dale, for being the kind of teacher we wish every educator aspired to be.

Being a Lifelong Student

Dales approach to teaching emphasized that we just don’t learn in a school classroom. How we treat people we come in contact with has a great impact on who we become and who they become.

Teachers are found in sports, on the job, in social interactions, and among the community. They are called coaches, managers, friends, doctors, counselors, and ministers to name but a few. Some do a good job of remembering that, others don’t. If you want to be successful in life surround yourself with those people who get what it means to be a positive influence.

Dale is 76 years old, a widower and both of his children are also teachers. He is sharp as a tack, well versed and appears in great health. I’m sure his neighbors still learn much from his accumulated wisdom just chatting with him. One of those neighbors is Merton B. Farr, they live in a retirement complex called American House. The Lasco Press did a feature on Mert and his service history during World War II last Memorial Day.

Having visited American House before, my observations were consistent sitting down and talking to Dale. For seniors that find managing a home or even a condo more work than they want to take on. But still, desire an independent lifestyle American House is worth investigating. Social support during retirement is vital to staying active, I was impressed with the atmosphere and the benefits of the American House community.

Founded in 1979, American House Senior Living Communities’ goal is to provide high-quality housing for seniors at a price affordable for retirees and their families. Their dedication to excellence has endured for over 40 years and they have expanded to serve residents at a number of senior housing communities throughout Michigan, Florida, Illinois, Ohio and New Hampshire.

American House’s mission is to enrich the lives of those they serve, providing an environment that fosters meaningful relationships. Their vision is to be an innovative senior housing company that creates sustainable excellence and stakeholder value, with an unparalleled commitment to passionate care provided by compassionate people.

Every community is unique but strives to provide the best experience for residents.