Mitsubishi Motors North America, Inc. (MMNA), the fastest-growing Asian brand in the U.S. for the second consecutive year*, is supporting Team Record the Journey, a nonprofit-based entry in the 2019 Rebelle Rally. The Rebelle Rally is the first all-women’s off-road navigation rally raid in the U.S. and the longest competition of its kind in the lower 48 states.

Record the Journey charity founder and team navigator Rachael Ridenour, a U.S. Army combat veteran with 31 years of service, will pair up with driver Karah Behrend, a seven-year U.S. Air Force veteran who had to medically retire after losing the use of her lower extremities and parts of her hands to a degenerative neurological disease. Behrend will become the first disabled athlete to compete in the Rebelle when she and Ridenour take the start in Lake Tahoe, California, with Behrend behind the wheel of a minimally modified 2018 Mitsubishi Eclipse Cross equipped with hand-controls.

The partnership marks the first step for MMNA’s new corporate social responsibility (CSR) initiative, known as “Small Batch – Big Impact,” under which the company and its dealer partners plan to redefine the term “CUV” to mean “Community Utility Vehicle”. The CUV program will create a series of vehicle loans to small nonprofits and start-up social benefit corporations to help support their local communities.

“‘Small Batch’ is our new marketing vision, and we said at the outset that it would go beyond advertising to influence every aspect of our business in the U.S.,” said Kimberley Gardiner, vice president and chief marketing officer, MMNA. “‘Small Batch – Big Impact’ is a new aspect of that philosophy, and we couldn’t have found a better nonprofit to receive our first ‘Community Utility Vehicle’ loan than Record the Journey. The work they do to help veterans process their military and combat experiences and successfully transition to civilian life shows how large an impact such a small organization can have. Rachael and Karah are ensuring this partnership gets off to an inspirational start by blazing a trail for adaptive athletes in the Rebelle Rally.”

Ridenour, who has been deployed to Afghanistan, Iraq and Pakistan, got the idea for Record the Journey, which utilizes photography as a therapy modality for veterans and their families, as she faced her own challenges with reacclimating to civil society after time in a combat zone.

“The transition from a military deployment to arriving at home with your family can be abrupt and disorienting,” said Ridenour. “Through my own process, I realized that when you’re looking through the lens of a camera, you’re forced to be in the present, not thinking about the past or the future. You can express yourself without having to use words, and it’s an activity that you can easily share with others to reestablish human connection.” 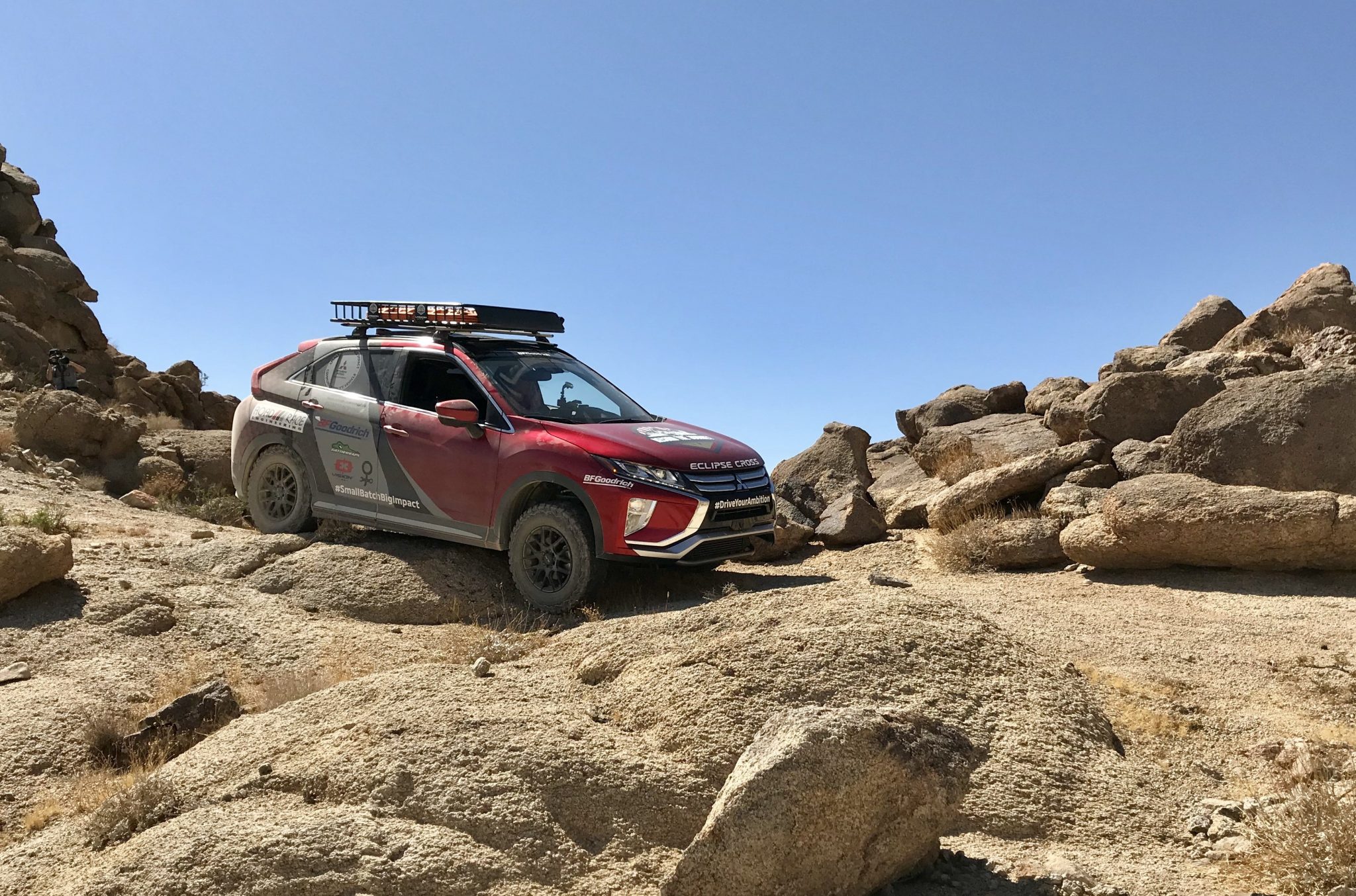 Following the conclusion of the Rebelle, Record the Journey plans to use the Mitsubishi Eclipse Cross – nicknamed “Rosie the Riveter” by Rachael and Karah – as a support vehicle for charity programming with other veterans and their families as well as various promotional activities.

The 2019 Rebelle Rally runs October 10-19, covering 2000 kilometers of wild, beautiful and remote terrain from Lake Tahoe to San Diego, using a map and compass as the only means of navigation. The event concludes with a public awards ceremony from 10 a.m. – 2 p.m., Saturday, October 19, on San Diego’s Broadway Pier, followed by a private gala at Coasterra restaurant.

Live tracking, updated scoring and daily live webcasts from the 2019 Rebelle Rally are available at www.RebelleRally.com. Team Record the Journey (a.k.a. Team 207) in the CUV class, and updates on Rachael’s and Karah’s Rebelle adventure will be available on MMNA’s social media channels (www.facebook.com/mitsubishi, www.instagram.com/mitsubishimotors, and www.twitter.com/mitsucars) and by searching #SmallBatchBigImpact.