After a fair catch is made, or is awarded as the result of fair catch interference, the receiving team has the option of putting the ball in play by either:

b) a snap from the spot of the catch (or the succeeding spot after enforcement of any applicable penalties).

Approximately 99,999 times out of 100,000, after a fair catch, option B is the preferred method of restarting play. Once every four or five years, option A is invoked. It is so rare most NFL fans have never witnessed the quirky chance to score unimpeded. The last such successful fair catch kick was on November 21, 1976, when Ray Wersching of the San Diego Chargers converted from 45 yards in a game against the Buffalo Bills.

The reason the play is so rare, it takes a certain set of circumstances for a coach to choose to employ the opportunity. Generally, it would occur at the end of a half or game when there is not enough time to mount an offensive series. The fair catch has to be made within a reasonable range of scoring a field goal.

There are some advantages awarded to the fair catch team if they choose to attempt the kick. They line up in free-kick formation, like a kickoff. The defense lines up 10 yards away and is not allowed to rush the kick. The kicker may make an extended run-up to the ball. If it goes through the uprights it’s scored the same as a field goal, three points. The defensive may return the kick if it falls short in the field of play.

Of all places, the latest fair catch kick occurred in London, England. The Carolina Panthers and Tampa Bay Buccaneers were visiting Tottenham Hotspur Stadium to play one of the NFL’s regular-season games scheduled for the other side of the Atlantic. 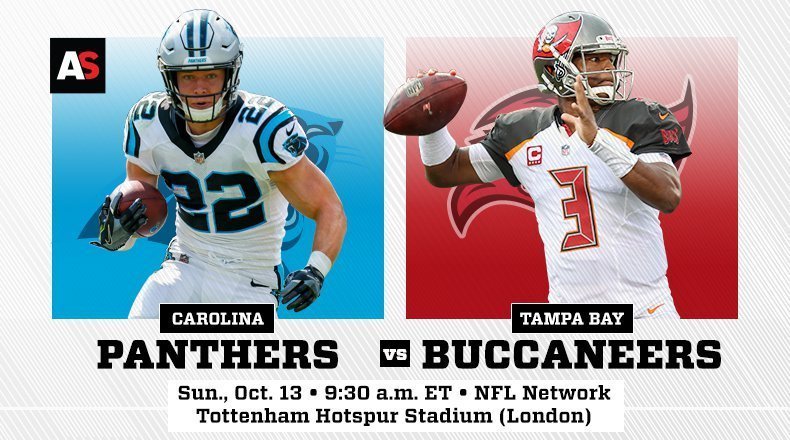 As the play was setting up camera views of spectators showed befuddled looks and questioning facial expressions. Not that it would have been much different in a game played back in the State. Many fans are unaware the rule even exists.

Tampa was punting from deep in their own side of the field with eight seconds left in the first half. Three consecutive pre-snap penalties moved the Buccaneers deeper into their own territory. Buc’s kicker Bradley Pinion ended up kicking out of his own end zone. Carolina’s Brandon Zylstra signaled for a fair catch and received the punt at the 50-yard line with one second left to play.

After an announcement that the Panthers would attempt a fair catch kick, Carolina and Tampa lined up in kickoff formation. Panthers kicker Joey Slye was not able to convert, pushing the 60-yard attempt wide right. Still, a sold-out London crowd and early morning viewers back home got to see the rarest of NFL plays from scrimmage.

.@Panthers fair-caught a punt with one second in the half…
Then tried a fair catch kick for three points!

NASCAR Remembers Those Associated With the Sport Who Passed in 2020