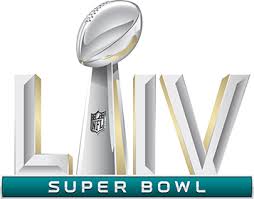 This Sunday evening, most of America and a lot of the world will be watching Super Bowl LIV (that’s 54 for non-Romans) between the Kansas City Chiefs and the San Fransisco 49ers. The game will be played at Hard Rock Stadium in Miami, with the kickoff at approximately 6:30 pm.

Watch parties are a Super Bowl tradition with friends and family gathering together to enjoy the game in front of a big-screen television. This year’s broadcast is on Fox. The Super Bowl is one of the most gambled on sporting events annually, with both legal and illegal wagers being placed. It is estimated that close to $7 billion will be placed on an assortment of bets offered.

Of course, none of our readers would violate the law to participate in that activity. But some friendly wagers like, “I’ll bet you my nachos for your frosted brownie that the Chiefs score first,” could liven up your game-watching event.

If that is not enough options for you, make up some of your own. Oh, the actual betting point spread for the game? The current line is 49ers by 1.5 points. Have fun, enjoy the game, if you are out and about arrive home safe.