Round 2 of the Monster Energy Supercross series and we have two new winners. Racing resumed in the Dome at America’s Center from St. Louis and the action was non-stop.

Last week’s 250SX Main winner, Justin Cooper(32), narrowly avoided a big crash early in the 250SX 1st heat. After being shuffled back in the pack he had to dodge another accident as he worked his way back up to the front. Christian Craig(62) took the heat win as Cooper managed to climb up to 3rd place.

In Heat #2 Austin Forkner(52) avoided the big crash at the start and went on to win the heat in impressive fashion. Defending West Champion Dylan Ferrandis(1W) paid the price for a poor start and had to weave through traffic all race long. Jett Lawrence(83) led early, but was caught up in a nasty crash, he returned to the track and finished 9th to qualify for the main.

In the Main Event, it was all Forkner. After fighting off an early challenge from Lawrence, Forkner cruised to victory leading all 18 laps of the event. Last week’s winner, Justin Cooper(32), was 7th after the start. He closed to within 1.6 seconds at the finish, but could not move Forkner from the top spot. Brandon Hartranft(30) was a surprise finisher in 3rd, making it to the podium.

Ferrandis crashed early and lost a lap at the very start of the race. He finished a disappointing 12th, which dropped him to 4th in the points standings. He will have some work to do making up a 15 point deficit on leader Cooper. 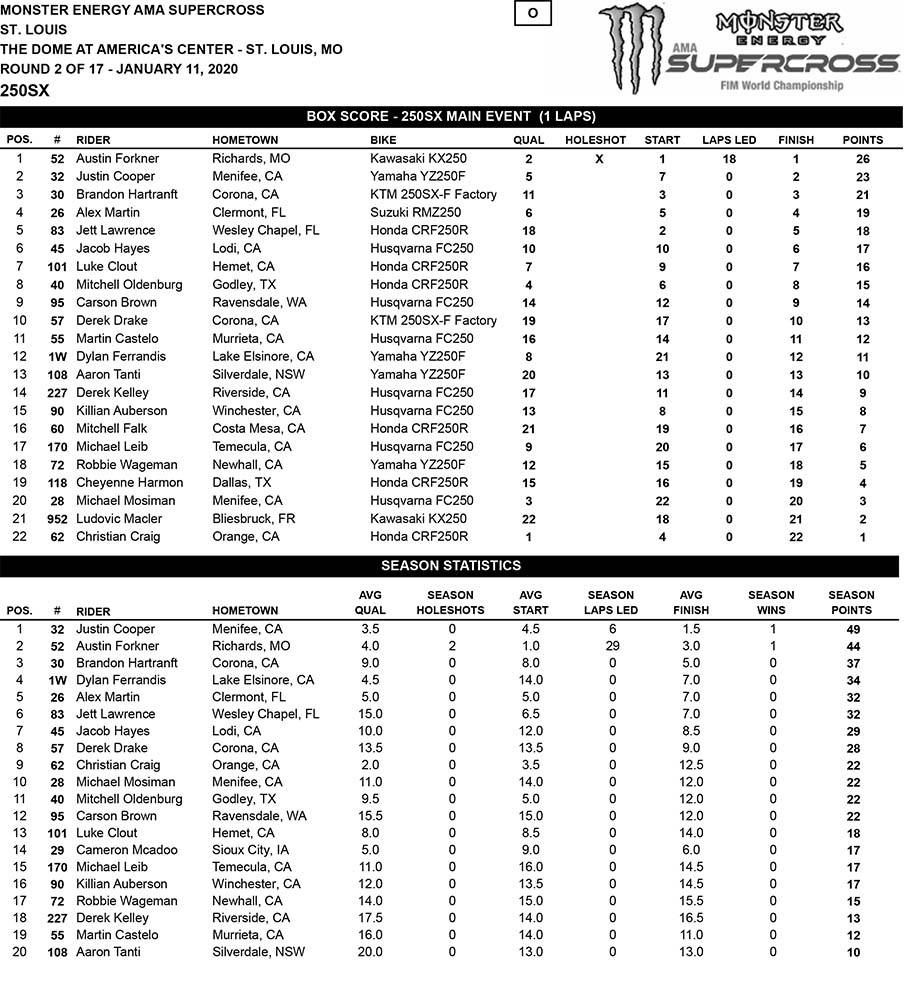 Ken Roczen(94) earned the win in Heat #1 of the 450SX class. Outdistancing Eli Tomac(3) in 2nd and Malcolm Stewart(27) in 3rd. Series Champion Cooper Webb(1) placed 4th. In Heat #2 it was Adam Cianciarulo(9) battling with Zach Osborne(16) and Justin Barcia(51) in a fight that carried over into the Main.

Justin Brayton(10) suffered engine trouble and finished last in the heat. His crew changed the engine on his bike in time for him to make the last chance qualifier. Which he won, moving on to the Main.

In the featured race of the night, Osborne grabbed the holeshot and the early lead. Until Roczen passed him on Lap 2. Tomac got off to a bad start and was 19th early, quickly working his way to 12th he still had to pick his way through traffic to make it to 4th place. The popular rider sits 5th in the point standings, 14 points out of the top spot.

Roczen rode a solid, workmanlike race. Determined to hold the lead until the checkered flag. Barcia made a couple of runs at Roczen, to no avail.

Webb now sits 7th in the point standings, 17 points off the lead of Barcia. 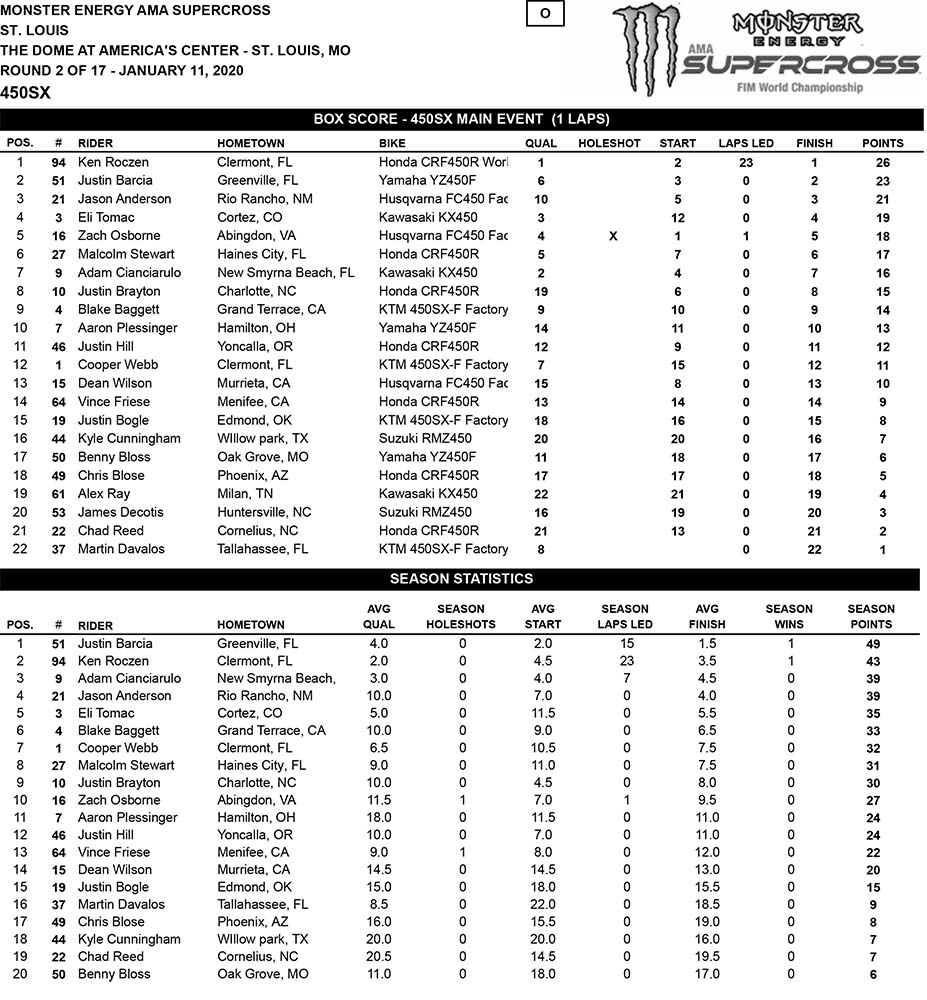 It’s back to Anaheim for Round 3 next Saturday before the series comes to Glendale AZ for the first Triple Crown race of the season closing out the month of January.

Brooks Koepka Holds On to Win the 2019 PGA Championship