The lead-up to the Daytona 500 is a big news cycle for NASCAR related events and announcements. The amount of media and fan attention that is given to The Great American Race is unparalleled in the sport. So, capitalizing on the audience is a good way to get a message out to a broader range of individuals. Here are some of the stories circulating around the NASCAR community during the biggest race of the year on the circuit.

Changes to the NASCAR Hall of Fame Induction Process Announced

NASCAR announced changes to the NASCAR Hall of Fame nomination and induction processes, including reducing the annual number of inductees from five to three and splitting potential nominees into two ballots – one for contemporary stars and one for the sport’s pioneers.

Starting with the upcoming Class of 2021, the existing Nomination Committee will provide 10 nominees for the Modern Era Ballot. A new Honors Committee – largely comprised of all living Hall of Famers, Landmark Award winners, and Squier-Hall Award winners – will evaluate and provide five nominees for the Pioneer Ballot. The Voting Panel will meet in Charlotte on Wednesday, May 20 to debate, discuss and ultimately vote for the three-member Class of 2021 – two from the Modern Era Ballot and one from the Pioneer Ballot. All three are inducted equally, there will be no distinction between inductees from either ballot.

“When we opened the NASCAR Hall of Fame in 2010, we had to catch up on more than 60 years of NASCAR history,” said NASCAR President Steve Phelps. “Our plan has always been to evaluate the process as the Hall of Fame matured. With 55 of the sport’s greatest competitors enshrined, we felt the time was right to move to three inductees which will help maintain the high standard of enshrinement that’s been set.”

“From the time I first learned of the selection process NASCAR developed in 2009 and through the evolutions implemented as we gained valuable experience, I have been a huge proponent of our process,” said NASCAR Hall of Fame Executive Director Winston Kelley. “I feel our process is as strong as any Hall of Fame, sport and entertainment alike. I am equally enthusiastic about these changes to our process and concur wholeheartedly that now is the right time to transition to fewer inductees and establish a process dedicated to NASCAR’s iconic pioneers.”

Changes have also been made to crew chief eligibility to align it with driver eligibility. In addition to the requirement to participate in NASCAR for 10 years, crew chiefs must now also be retired for two years. Competitors with 30 years of NASCAR experience and those aged 55 or higher are also eligible.

After swapping dates with Daytona International Speedway, Indy will host the NASCAR Cup series on the 4th of July weekend.

NASCAR Xfinity Series drivers will make racing history and add even more horsepower to a big celebration of America’s birthday during the Pennzoil 150 at the Brickyard on Saturday, July 4 at the Indianapolis Motor Speedway.

Numerous details about the historic first NASCAR race on the IMS road course were announced, including the event name and logo, circuit configuration, race laps, and stage lengths.

“Anticipation continues to build as more exciting details are revealed about the Pennzoil 150 at the Brickyard, which will help to launch a new era for the annual NASCAR weekend at IMS,” IMS President J. Douglas Boles said. “We’re thankful to all of our partners, especially Pennzoil and NASCAR, for their support of this historic race.

The Pennzoil 150 at the Brickyard, which starts at 1:30 p.m. Saturday, July 4 and will be televised live on NBC, is one of the highlights of an incredible Fourth of July weekend at IMS. 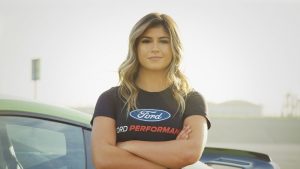 In one of the preliminary races leading up to the Daytona 500, Hailie Deegan took 2nd place behind Michael Self in the Lucas Oil 200 ARCA event. Deegan became the 2nd woman to post a runner-up finish at the famed tri-oval.  Shawna Robinson was the first to accomplish the feat in the 1999 ARCA race at Daytona.

With a possible chance to win on the final lap, Deegan chose to follow Self across the finish line and guard her record-tying position instead of gambling, pulling out of line, and possibly ending up in the middle of the pack.

To honor the legacy of the sport’s founding family, NASCAR announced that the Bill France Cup will be awarded to the champion of the NASCAR Cup Series, beginning in 2020. 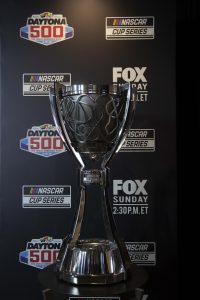 The renamed trophy pays tribute to Bill France Sr., who founded NASCAR in 1947, as well as his son, Bill France Jr., who elevated the sport to a national phenomenon as the sanctioning body’s chief executive from 1972 to 2003.

“As the sport ushers in a new era, it’s fitting that my father’s name is associated with the highest mark of excellence in our sport,” said Jim France, NASCAR Chairman, and Chief Executive Officer. “My father and brother’s vision for NASCAR has been realized, many times over, as millions of fans follow and engage each week with the best racing in the world.”

The Bill France Cup, created by Jostens, will maintain the size and shape of last year’s championship trophy and will feature outlines of the 24 NASCAR Cup Series racetracks that comprise the 2020 season schedule. The trophy design will be updated as the race schedule evolves, and new tracks are introduced to NASCAR Cup Series competition.

Bill France Sr. spearheaded NASCAR from its beginning and directed it to its current role as the world’s largest stock car racing organization. Born in Washington, D.C., on Sept. 26, 1909, he came to Daytona Beach, Florida, in 1934. In 1947, France became the driving force behind the establishment of the National Association for Stock Car Auto Racing. The new organization was called NASCAR, resulting from a famous meeting at the Streamline Hotel on A1A in Daytona Beach – a structure that stands to this day as a racing landmark.

NASCAR and NASCAR Cup Series team owners announced the extension of the Charter agreement through 2024.

“The Charter agreement is delivering stability and long-term value to existing team owners while providing a clear path for ownership in the NASCAR Cup Series,” said Steve Phelps, NASCAR President. “We are pleased to have reached an agreement with the team owners that extends the length of the Charter system until 2024. A healthy ownership structure ensures strong, competitive racing for our fans, which is a goal the industry collectively shares.”

June 2019: Inside the Garage, Largest Collection of Automotive Oil Company...