The season-long points battles in both the 250SX and 450SX classes tightened up with the results from Round 5 of Monster Energy AMA Supercross at Oakland. Fan-favorite Eli Tomac(3) got his second win of the year in the 450SX class. While the 250SX West riders continue to slug it out in every time they hit the track.

Austin Forkner(52) rode off with the win in Heat 1 for the 250SX class. Keeping the pressure on points leaders Justin Cooper(32) and Dylan Ferrandis(1W). In Heat 2 Cooper was bumped off the course by Luke Clout on a corner pass with two laps to go. Cooper had trouble restarting his bike and quickly dropped back in the field. Recovering only to the 10th spot at the finish, he was forced into the last chance qualifier (LCQ).

Cooper easily won the LCQ to qualify for the main event, giving him a shot at holding onto the points lead. However, it was not to be as Forkner and Ferrandis put on an incredible show at the front of the field. With Ferrandis forcing Forkner off the track in a pass for the lead. Ferrandis took the win with Forkner in second and Cooper pushing his way onto the podium with a third-place effort for the evening.

The points now have Ferrandis at the top, with Cooper three back in second. Forkner sits third at a deficit of 10 points behind the leader. 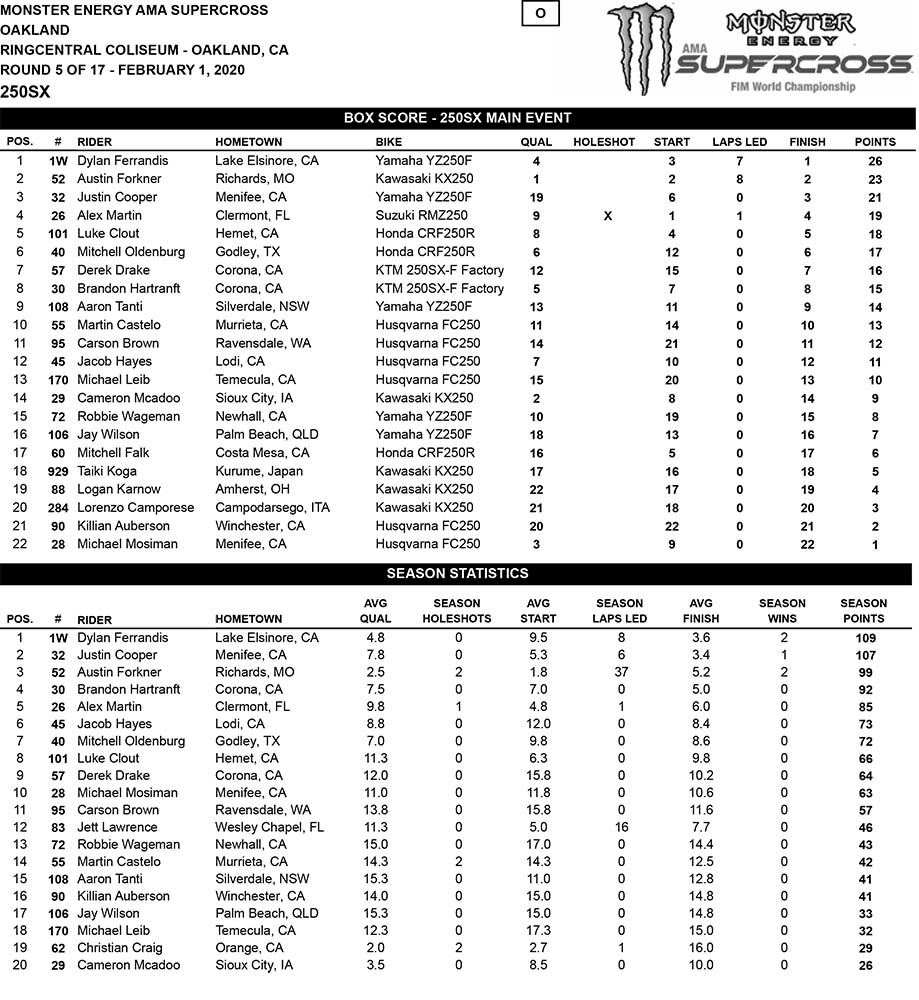 Eli Tomac got the win in the 450SX class at Oakland. But, it was not easy. Ken Roczen, the points leader captured the victory in Heat 1, with Tomac coming in second. Justin Hill(46) finished first in Heat 2 with last year’s champion Cooper Webb(1) finishing second.

In the Main Event, it looked like Roczen would run away and pad his points lead as he took the holeshot and led easily. Tomac worked his way to the rear wheel of the leader and made a rather uncontested pass coming out of a corner.

Unfortunately for Tomac, he lost the lead when he overshot a corner and went off the track. He had to again run down Roczen and pass him a second time to secure the win. Cooper Webb provided some late drama as he bumped with Roczen on the last few hundred yards of the final lap. His pass just before the finish line cost Roczen second place and allowed Tomac to inch closer to the points leader.

Going to San Diego the points are a dead heat. Roczen sits atop the table with 113 points, Tomac is three back at 110. Justin Barcia(51), Jason Anderson(21) and Webb follow with 98, 96, and 95 points respectively. Just 18 points separate first from fifth. 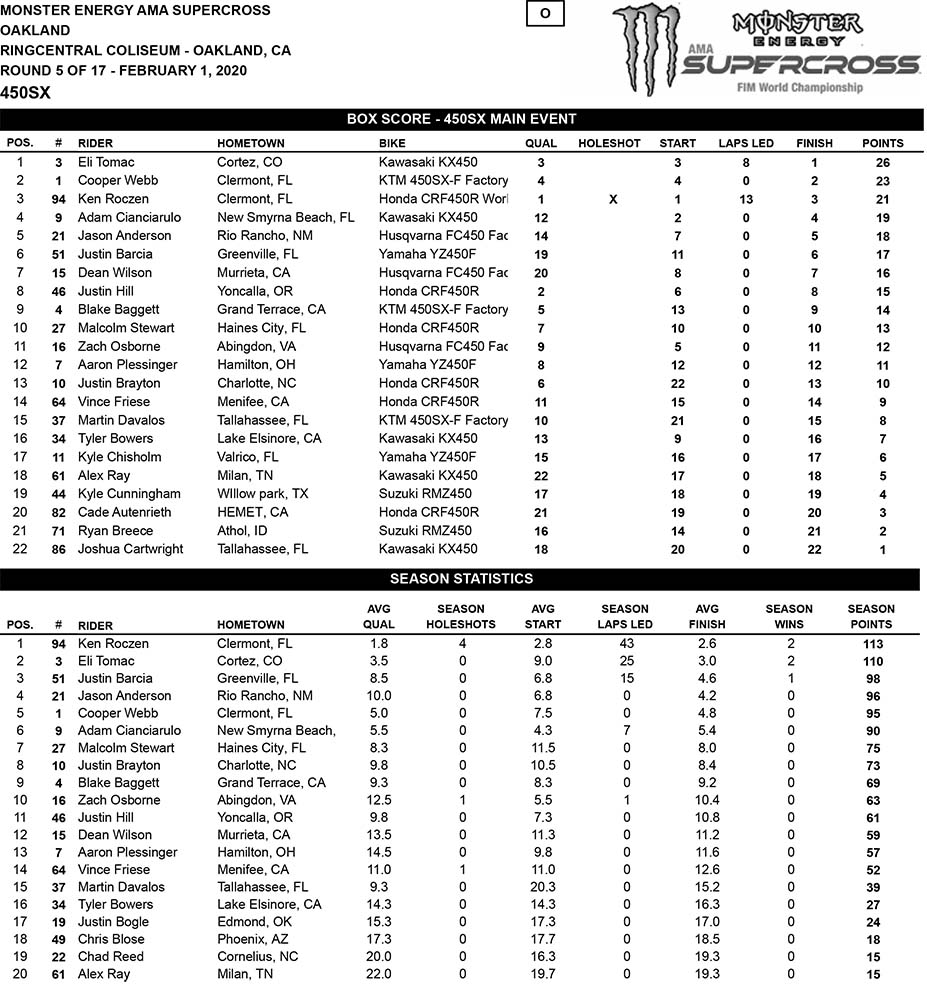 Following Round 6 in SanDiego, the Monster Energy Supercross series heads east for their first appearance of the year set for Tampa. The Lasco Press will be live at Raymond James Stadium in Tampa to bring you complete coverage of Round 7, the night before the Daytona 500. See ya at the track.