It’s not often that a family film receives a full studio promotion and the amount of hype that has been generated by The Call of the Wild from 20th Century Studios. Maybe it is the magnitude of the story, based on the classic novel published in 1903 by Jack London. Beloved by generations, the tale is brought to life with all its majestic scenery set during the 1890s Klondike Gold Rush. 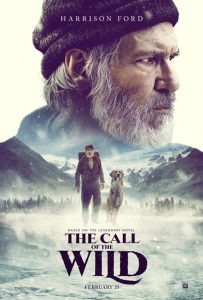 Starring Harrison Ford as the narrator of the story, John Thornton, added to the buzz. The ever-popular actor brings his magic to the screen. However, the star of the show is Buck. The lovable sled dog is the center of the action throughout the movie. Using computer-generated imagery, Buck is portrayed by noted motion capture performer Terry Notary. Remembered for his work on the Planet of the Apes movie series, as well as the Hobbit and characters in the Marvel movies.

It is easy to tell that Buck is not a real dog. That is quickly overlooked due to the personality that Notary imbues into the character and Bucks’s interactions with Perrault (Omar Sy) and Thornton.

An entirely enjoyable movie for the whole family. Although, some of the action is intense and younger children may find the imagery frightening. The story, as a whole, steers clear of subject matter that would be inappropriate for pre-teens.

Highly recommended, if you go, bring some tissues.