The TJ Maxx, Michaels, Five Below, and Skechers stores have all been popular additions to the Silver Pointe Shopping Center on the site of the old K-Mart. The final tenant is sure to be equally as popular. Old Navy will occupy the final storefront on the newly reconstructed site. That is as soon as the construction trades resume. 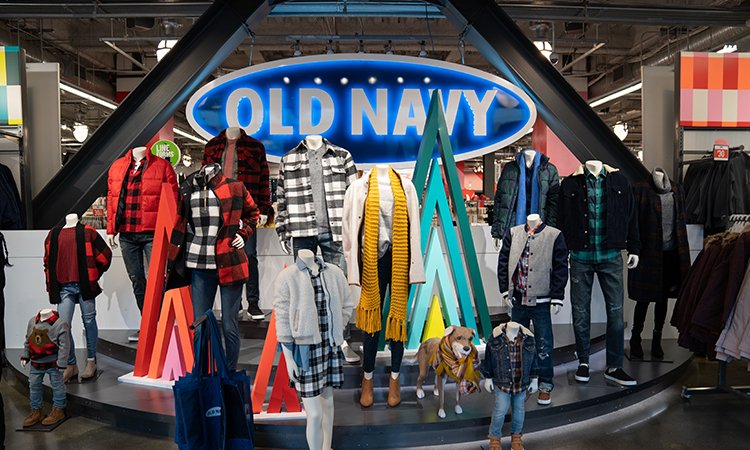 For the past 25 years, Old Navy has been a name brand with a popular appeal in the fashion marketplace. Affordable clothing with current styles that everyone can identify with. In their own words:

“From day one, Old Navy was a revolution. We were something the world had never seen – fabulous, affordable fashion. We didn’t take ourselves too seriously, and we broke the industry’s rules. We said fashion didn’t have to be just for rich people – it could be for everyone. We opened our first store in 1994 and we’ve been on a roll ever since. We were the fastest retailer to reach $1 billion in sales within four years and today we’re one of the largest apparel brands in the world, operating more than 1000 stores across the US, Canada, Puerto Rico & Japan.”

With the opening of the new Old Navy store, Fenton residents will no longer need to travel to Flint or Birch Run to shop at the popular retailer. The addition of the Old Navy brand fits nicely with TJ Maxx and Skechers in the complex on the west side of Hwy 23. Proving once again that major brands recognize the viability of the Fenton market.

Doris and Don Fisher opened the first Gap store in 1969 with a simple idea — to make it easier to find a pair of jeans and a commitment to do more. Over the last 50 years, the company has grown from a single store to a global fashion business with seven brands — Gap, Banana Republic, Old Navy, Athleta, Intermix, Hill City, and Janie and Jack. Gap’s clothes are available in 90 countries worldwide through over 3,100 company-operated stores, almost 400 franchise stores, and e-commerce sites and is still growing.

YWCA Flint | Finding Light at the End of the Tunnel

Get a Starbucks Holiday Beverage for $3 Today at 3pm