Anything is possible in the virtual world and a dream many people have became a virtual reality on Saturday afternoon. NASCAR Cup Series racing returned to North Wilkesboro Speedway. The eNASCAR iRacing Pro Invitational Series held its final event of the year at the famous short track in the hills of North Carolina.

North Wilkesboro Speedway has not held a Cup Series event since 1996 when Jeff Gordon won the Tyson Holly Farms 400. Gordon was a part of yesterday’s race lending his commentary on the virtual track as it compared to racing there during the speedway’s glory years, he finished 18th.

It would not have been possible to bring the speedway back to life if it were not for the efforts of Dale Earnhardt Jr. and a group of volunteers. Earnhardt organized a massive cleanup campaign at the track last year to rid the racing surface of years of overgrowth and weeds popping up through cracks in the asphalt.

The digital team from iRacing visited the speedway and scanned the track which is soon to be released on the iRacing platform. It debuted with the Cup cars and drivers giving it a test run for the Pro Invitational Series.

The digital images of North Wilkesboro Speedway reflect the way the track appeared in 1987. The old manually operated scoreboard in turns three and four depicted the Holly Farms Chicken logo, a race sponsor for the speedway. The Union 76 ball on a tower at the end of the pit road gave broadcasters a place to locate a reporter and also held a NASCAR observer back in the day.

Pit road featured the track’s original configuration with no pit wall between the crews and pit lane. Safety was not a problem to worry about in the speedway’s virtual reproduction.

NASCAR iRacing has been a fun diversion during downtime created by the coronavirus pandemic. The images are truly stunning. Last year, The Lasco Press NASCAR reporter Steve Sweitzer paid a visit to the track and authored a nostalgic look at the old speedway. Compare his photographs to the virtual images eNASCAR developed from the recent scans.

Next week it gets real as NASCAR becomes the first of the major sports to restart live competition on real racetracks. The Cup Series resumes at Darlington Raceway, next Sunday, May 17th. The event is scheduled to be telecast at 3:30 p.m. ET, live on FOX, MRN and SiriusXM NASCAR Radio.

Competition ramps up with an announced schedule through the end of the month. Strict measures have been put into place by NASCAR to protect competitors and staff, including no fans in attendance. 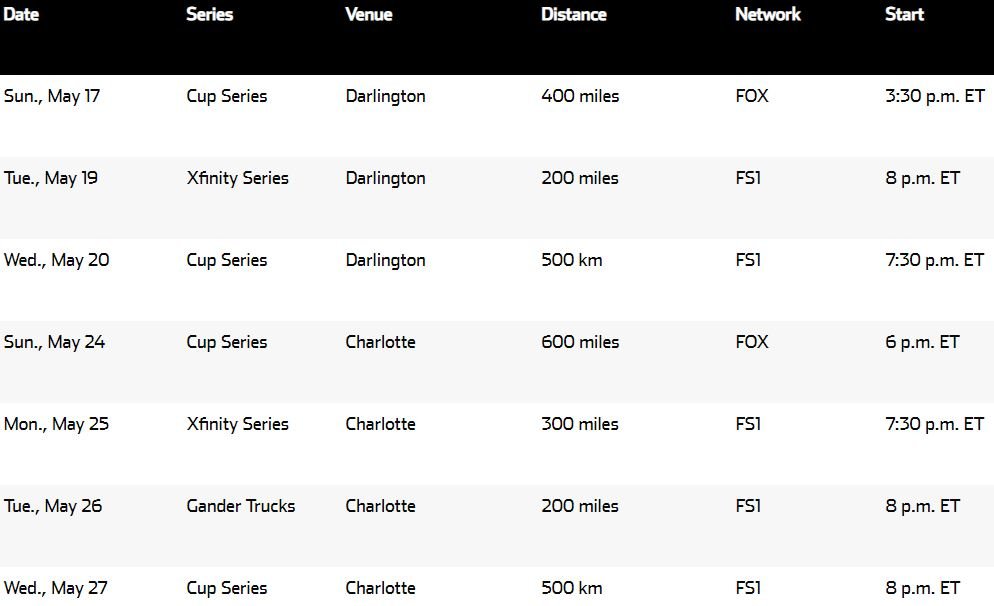 The Lasco Press will keep you updated on all the NASCAR news as the series resumes.

Monster Energy AMA Supercross is Back, Tomac Still on Top

Keselowski Captures the Win at Bristol in a Wild Finish

The Lasco Press - June 5, 2020 0
Waterford Mitsubishi, Waterford, MI — June 5, 2020 With the easing of pandemic restrictions, many businesses are reopening and inviting guests to visit their facilities....

Monster Energy AMA Supercross is Back, Tomac Still on Top

North Wilkesboro Speedway to be Featured in New Book