NASCAR’s 2021 Hall of Fame inductees will be the first enshrined under the new format for honorees of the sport’s highest honor. Nominees were divided into two categories, the Modern Era ballot with two selections eligible, and the Pioneer ballot with a single selection. The reduction from five entrants per year was to make admission to the Hall a more exclusive honor.

Jeff Burton, won 21 times in the NASCAR Cup Series including the Southern 500 and two Coca-Cola 600s

As a result of the current COVID-19 pandemic, the NASCAR Hall of Fame Voting Panel met virtually to debate and vote upon the 15 nominees for the induction class of 2021. Each class is selected by the Voting Panel, which expanded to 65 members this year.

Seven new voters from the Honors Committee – Richard Childress, Rick Hendrick, Ron Hornaday Jr., Dale Jarrett, Roger Penske, Darrell Waltrip, and Rusty Wallace – participated for the first time. In all, 63 votes were cast. The accounting firm of EY presided over the tabulation of the votes.

Dale Earnhardt Jr. to Join His Father in Hall

It was no surprise that Dale Earnhardt Jr. received election and will join Dale Sr. in NASCAR’s Hall of Fame. Junior’s name appeared on 76% of the ballots. The second Modern Era inductee is Mike Stefanik, he received 49% of the votes, Ricky Rudd finished third.

Dale Earnhardt Jr., a third-generation NASCAR champion in a family synonymous with the sport, is perhaps the most popular driver in NASCAR history. The son of “The Intimidator,” Earnhardt Jr. made his own path and served as the face of NASCAR as 15-time Most Popular Driver. He began his career at family-owned Dale Earnhardt Inc. (DEI) winning back-to-back Xfinity Series titles and 13 races in two full-time seasons. He quickly moved to the Cup Series where he won in his 12th career start.

Like his father, Earnhardt Jr. was a master of the draft and thrived in restrictor-plate racing. Ten of his 26 Cup victories came at Daytona and Talladega, including Daytona 500 wins in 2004 and 2014. In 2006, Earnhardt founded JR Motorsports, adding team owner to his resume. The team has three Xfinity Series championships and 47 wins. Earnhardt currently serves as an analyst for NBC Sports and hosts the popular podcast ‘Dale Jr Download.’

Red Farmer’s career is one long series of immeasurable accolades. For instance, it’s entirely unknown just how many wins Farmer has. One thing is for sure: it’s a lot … somewhere north of 700. His passion for the sport is likewise immeasurable. After all, he continues to race, even as he approaches 90 years of age. But the record books do have a few things that are black-and-white and proof positive about this member of the Alabama Gang. He collected three consecutive championships in NASCAR’s Late Model Sportsman division from 1969-71, long after he won the Modified title in 1956. Though he preferred racing in the Late Model Sportsman division, Farmer did run 36 Cup Series races, with a best finish of fourth (twice). In 1998, Farmer’s many successes – clearly too many to officially count – landed him on the list of NASCAR’s 50 Greatest Drivers.

At the very top of the list of all-time NASCAR championships sit two men: NASCAR Hall of Famer Richie Evans … and Mike Stefanik. Each tallied nine in their exemplary careers, with Stefanik’s coming in both the NASCAR Whelen Modified Tour and NASCAR East Series. Seven of his titles came in his primary racing series – the NASCAR Whelen Modified Tour. In 2003, he was named one of the Tour’s 10 Greatest Drivers, an obvious choice if there ever was one – Stefanik holds the all-time series record in championships, wins, poles, top fives, and top 10s. Stefanik won two championships consecutively in the NASCAR East Series, in 1997-98. That, along with a win total that ties for ninth on the all-time series wins list, earned him a spot on the Top 10 Drivers of the First 25 Years of the NASCAR East Series list in 2011. In addition, Stefanik spent one full-time season in the NASCAR Gander Outdoor & RV Truck Series – and it was a successful one. He captured the Rookie of the Year Award in 1999.

NASCAR also announced the recipient of the 2021 Landmark Award for outstanding contributions to the sport.

Ralph Seagraves’ life – and NASCAR’s world – changed the moment he met NASCAR Hall of Famer Junior Johnson. In the late 1960s, Seagraves, an official with R.J. Reynolds Tobacco Company, had been searching for a means to market cigarettes after the federal government banned RJR’s products from advertising on television and radio. Johnson, ever the entrepreneur, had an idea. How about RJR sponsor his cars? Seagraves had a bigger idea: Why not sponsor NASCAR’s top series? And so, in 1971, for the first time since its inception in 1949, NASCAR’s premier series had major corporate backing. The NASCAR Winston Cup Series was born.

The partnership helped NASCAR launch into the national spotlight, and created a bedrock of stability for the next three decades. RJR’s Winston brand sponsored NASCAR’s top series for more than 30 years, ending in 2003. Under Seagraves’ leadership, RJR helped a number of race track operators refurbish their facilities, many of which were short tracks that ran developmental NASCAR Winston Racing Series races. 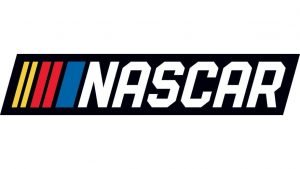 About the NASCAR Hall of Fame

Opened on May 11, 2010, the NASCAR Hall of Fame is owned by the City of Charlotte, licensed by NASCAR and operated by the Charlotte Regional Visitors Authority. For more information, visit nascarhall.com.

The Voice is Back, Featuring Talented Singers From Michigan

Harvick Makes it 3 Straight Winning the TicketGuardian 500 at Phoenix