Spartan and Wolverine fans are dancing in the streets this morning, there will be football this fall in the Big House and Spartan Stadium. Bowing to pressure from many sides, the Big Ten Conference reversed its earlier decision to forgo the 2020 fall football season.

The choice to review the possibility of playing games during the traditional months of October, November, and December came as other Power 5 conferences proved it was possible to protect athletes and conduct limited league schedules. 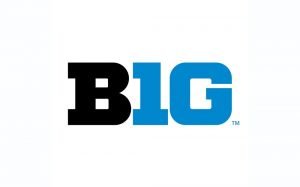 The Big Ten Council of Presidents and Chancellors (COPC) announced on August 11th that all fall sports had been canceled. After the Big Ten announcement, the Pac 10 followed suit. After reversing itself the COPC announced significant safety protocols and monitoring procedures are being put in place to protect student-athletes. Currently, Pac 10 teams in California and Oregon are prohibited from conducting practices making their return to the field an unlikely possibility.

Plans are for games to begin on the weekend of October 23-24. Additional details will be released as schedules are confirmed and procedures documented further. Here is the text of the complete announcement from the Conference.

The Big Ten Council of Presidents and Chancellors (COP/C) adopted significant medical protocols including daily antigen testing, enhanced cardiac screening, and an enhanced data-driven approach when making decisions about practice/competition. The COP/C voted unanimously to resume the football season starting the weekend of October 23-24, 2020. The decision was based on information presented by the Big Ten Return to Competition Task Force, a working group that was established by the COP/C and Commissioner Kevin Warren to ensure a collaborative and transparent process.

The Big Ten will require student-athletes, coaches, trainers, and other individuals that are on the field for all practices and games to undergo daily antigen testing. Test results must be completed and recorded prior to each practice or game. Student-athletes who test positive for the coronavirus through point of contact (POC) daily testing would require a polymerase chain reaction (PCR) test to confirm the result of the POC test.

“Everyone associated with the Big Ten should be very proud of the groundbreaking steps that are now being taken to better protect the health and safety of the student-athletes and surrounding communities,” said Dr. Jim Borchers, Head Team Physician, The Ohio State University and co-chair of the Return to Competition Task Force medical subcommittee.

“The data we are going to collect from testing and the cardiac registry will provide major contributions for all 14 Big Ten institutions as they study COVID-19 and attempt to mitigate the spread of the disease among wider communities.”

Each institution will designate a Chief Infection Officer (CInO) who will oversee the collection and reporting of data for the Big Ten Conference. Team test positivity rate and population positivity rate thresholds will be used to determine recommendations for continuing practice and competition.

In addition to the medical protocols approved, the 14 Big Ten institutions will establish a cardiac registry in an effort to examine the effects on COVID-19 positive student-athletes. The registry and associated data will attempt to answer many of the unknowns regarding the cardiac manifestations in COVID-19 positive elite athletes.

“From the onset of the pandemic, our highest priority has been the health and the safety of our students. The new medical protocols and standards put into place by the Big Ten Return To Competition Task Force were pivotal in the decision to move forward with sports in the conference,” said Morton Schapiro, Chair of the Big Ten Council of Presidents/Chancellors and Northwestern University President, and Chair of the Return to Competition Task Force Steering Committee. “We appreciate the conference’s dedication to developing the necessary safety procedures for our students and the communities that embrace them.”

Eventually all Big Ten sports will require testing protocols before they can resume competition. Updates regarding fall sports other than football, as well as winter sports that begin in the fall including men’s and women’s basketball, men’s ice hockey, men’s and women’s swimming and diving, and wrestling, will be announced shortly.

The Big Ten Conference is an association of world-class universities whose member institutions share a common mission of research, graduate, professional and undergraduate teaching, and public service. Founded in 1896, the Big Ten has sustained a comprehensive set of shared practices and policies that enforce the priority of academics in the lives of students competing in intercollegiate athletics and emphasize the values of integrity, fairness, and competitiveness. The broad-based programs of the 14 Big Ten institutions will provide over $200 million in direct financial support to more than 9,800 students for more than 11,000 participation opportunities on 350 teams in 42 different sports. The Big Ten sponsors 28 official conference sports, 14 for men and 14 for women, including the addition of men’s ice hockey and men’s and women’s lacrosse since 2013. For more information, visit www.bigten.org.

No Repeat for Logano at Michigan