Paul Fear is a Ford Senior Master Technician at Lasco Ford in Fenton. He has been working on vehicles with the Blue Oval logo for 30 years. Holding the certification of Ford Senior Master means Paul is at the peak of his profession with regards to skill and training.

Paul has a son, Joshua Fear. Josh is 20 years old, and yes, he was one of those kids who followed his dad around and wanted to be in the middle of everything his father did. In fact, Paul said, “He started working on cars at the age of 11.”

When Paul was a youngster he loved rebuilding cars. Ford Mustangs were his vehicle of choice.

With the family business, American Classics and Beyond, Josh has grown up around some of the automobile industry’s iconic models. He has watched them progress from junk to beautiful pieces of artwork from a bygone era.

At the age of 13, Josh had saved up enough money to purchase his first restoration project. He spotted a 1970 Ford pickup truck on Craigslist and fell in love. That often happens with young boys.

Josh felt three years was adequate time to recondition his beauty. He wanted to have it ready for a coming-out party when he turned 16 and got his driver’s license. But, no need for me to tell the story, that’s already been done. You see, Josh has outdone his dad in one sense. The young automotive prodigy has had his work featured in a national publication. The Wall Street Journal (WSJ) just published an article about Josh’s project.

To add to the thrill Josh was interviewed by noted author A.J. Baime, a freelance contributor who wrote the WSJ piece. Baime is the author of the #1 Best-Seller, “Go Like Hell: Ford, Ferrari, and Their Battle for Speed and Glory at Le Mans” which was made into the popular movie “Ford vs Ferrari” starring Matt Damon and Christian Bale.

This Ford Is Straight Out of the ’70s, 8-Track Included
Classic-car repairman Josh Fear spruced up his F-100 to look as if it was still in the Nixon Era. Fun fact: He’s 20.

A lot of people think it’s funny that a person my age would spend so much time working on cars that were made years before I was born. I spend a lot of time with people a lot older than me. I like it that way.

Growing up in Michigan, it seemed like everyone I knew—every family—was somehow connected to the auto industry. My dad was into classic cars. Most of my uncles were into classic cars. In the summer of 2013, when I was 13, I spent a lot of time helping my grandpa. He had this 1949 Chevrolet Styleline sitting behind his house that I had always loved. So in exchange for the work, he gave me that car. It hadn‘t run since the early ’60s. I still have it. The body is off, and I am taking my time with it.

That same year, I was on Craigslist looking at old trucks when an ad for this 1970 Ford came up, for $700. I was instantly attracted to the body. Those trucks did not always hold up so well in Michigan because of rust, so you do not see them often here. To me it looked unique, and green has always been one of my favorite colors on cars. We called the guy who owned it; he was in New Mexico. I had half the money and I sold a minibike for the other half. We got the truck in December of 2013.

I spent a lot of time with my dad working on it. It had the wrong engine in it, so we found a 302 cubic inch V-8 like the one that it should have had. I spent a lot of time rebuilding that engine. The interior of the truck was in good shape, but the seats needed reupholstering. By the end of the summer in 2014, I had that truck moving and stopping. I could drive around our yard. I was still a long way away from getting my driver’s license.

I am really into NOS stuff, which means new old stock. That means things that would have been purchased for a vehicle when it was new or a few years old, that were never used. For example, for my Ford, I bought a Radio Shack CB radio from 1977, and an 8-track cassette player from 1975. I have a couple carrying cases of 8-tracks. I found a bumper sticker from 1976 celebrating the country’s bicentennial.

Later, I bought a 1953 Oldsmobile Super 88 and I joined the vintage Motor City Rockets Oldsmobile club. While I was working on that car, I would drive my Ford truck to Oldsmobile events and the guys would laugh and say I was their token Ford guy. I am still working on that Oldsmobile. The Ford truck is the one vehicle that I have put enough time into that I can really drive and enjoy. I drive it regularly in the summertime.

One day an Oldsmobile club member asked me if I would help him fix the power windows on his convertible. I said sure. Then someone else said, “Hey can you fix this?” I said, “Yeah, I can.” I have been working so long on my 1949 Chevy, I applied and was accepted to be the technical adviser for 1949 and 1950 Chevrolets for the Vintage Chevrolet Club of America.

I never imagined that I could actually work on vintage cars for a job in the future, but now that seems realistic to me. I have also made a lot of great friends. In almost all the conversations I have about cars, I am the youngest person there. I guess that’s just the way it goes.

Photographer Erin Kirkland, working for the Wall Street Journal, captured some great shots of Josh and his first love. 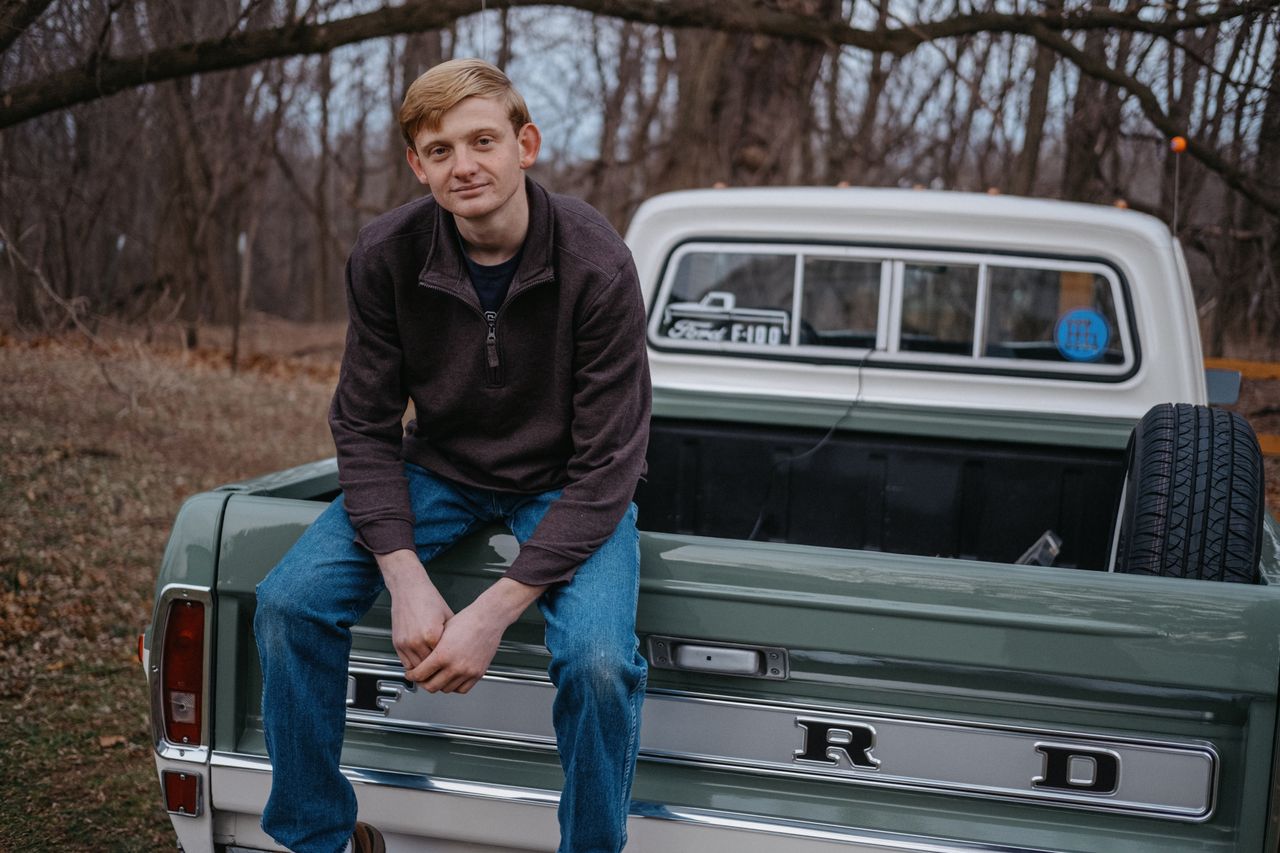 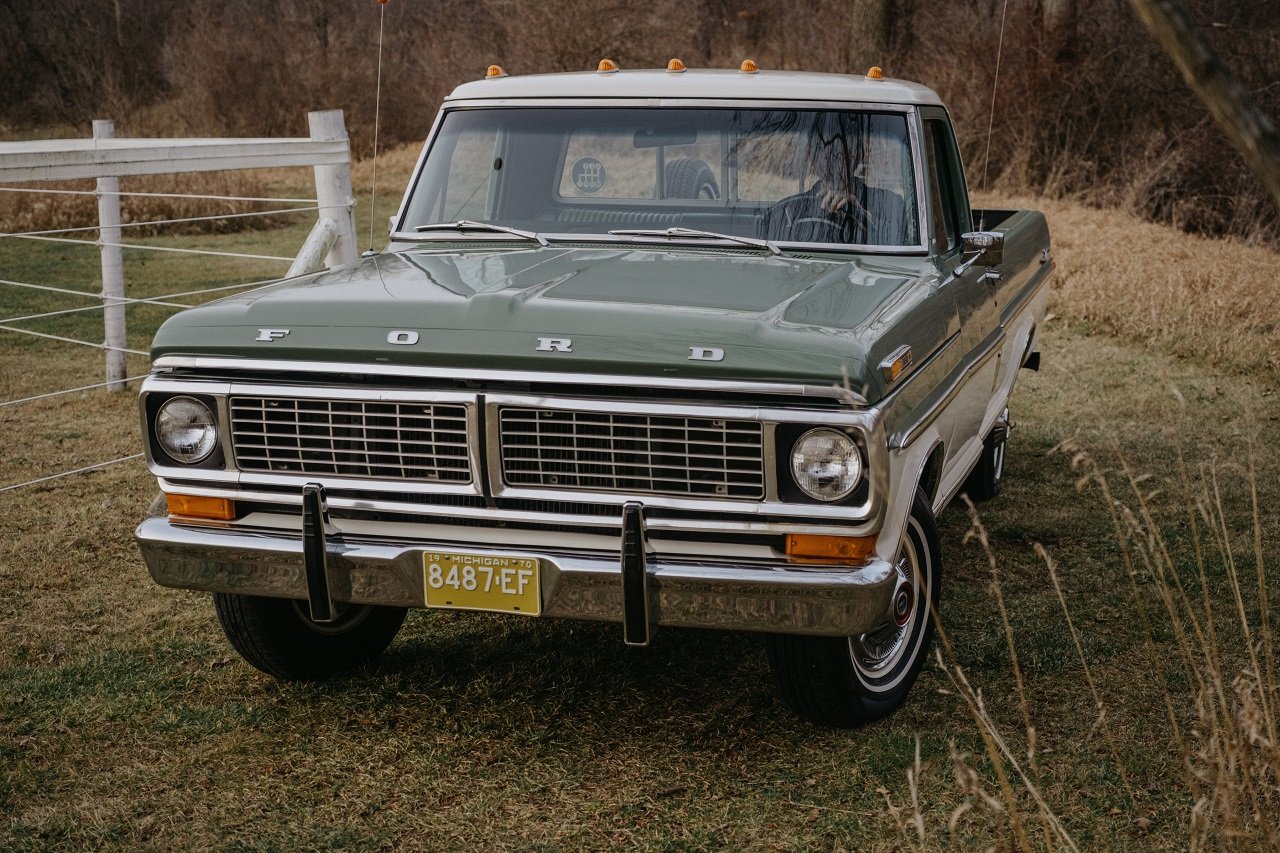 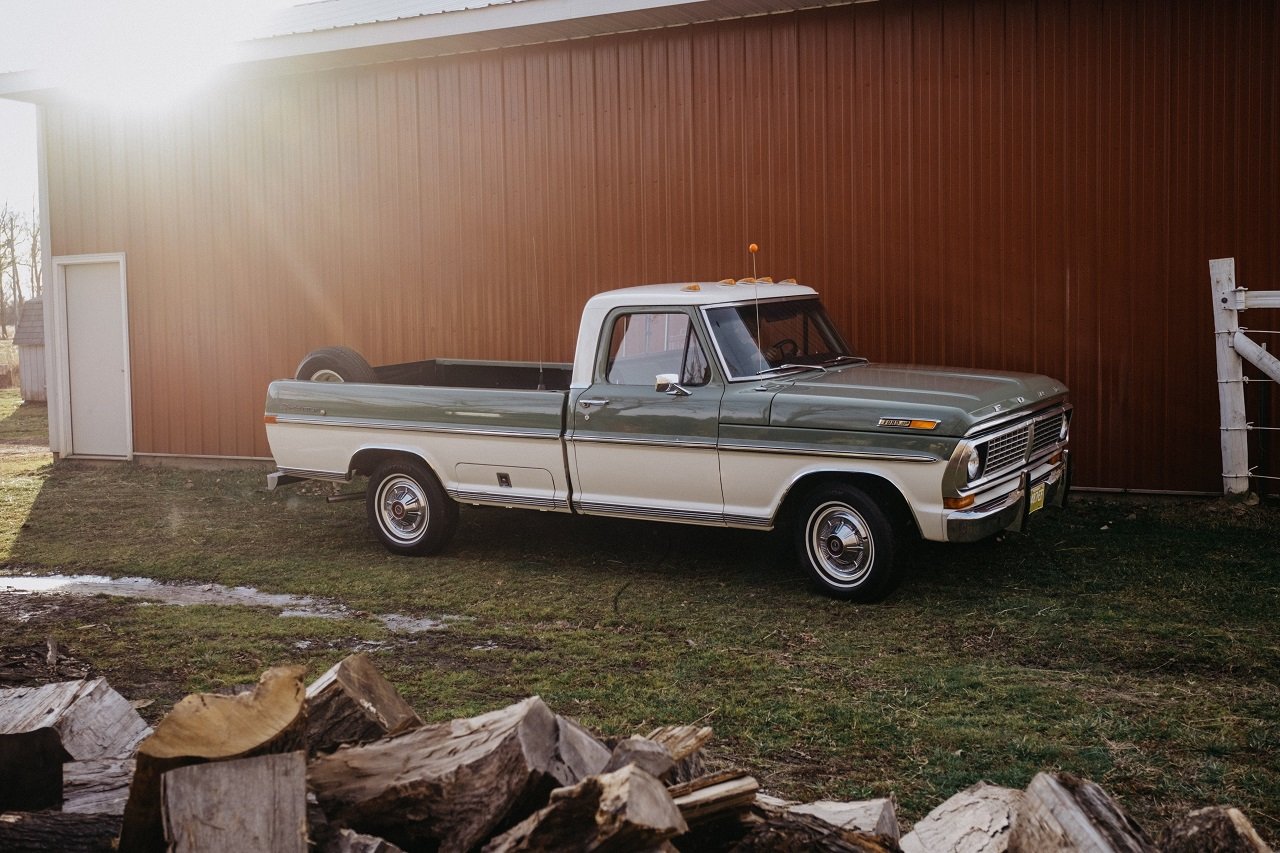 A.J. Baime is the New York Times bestselling author of The Accidental President: Harry S. Truman and the Four Months that Changed the World. Previous books include The Arsenal of Democracy: FDR, Detroit, and an Epic Quest to Arm an America at War (2014) and Go Like Hell: Ford, Ferrari, and Their Battle for Speed and Glory at Le Mans (2009), both of which were optioned for major motion pictures.

Baime is a longtime regular contributor to the Wall Street Journal, and his articles have also appeared in the New York Times, Popular Science, Men’s Journal, and numerous other publications. He holds an M.A. in literature from NYU and currently lives in Granite Bay, California. Visit A.J. at Facebook.com/ajbaime and Trumanbook.com.

About The Wall Street Journal

The Wall Street Journal was founded in July 1889. Ever since, the Journal has led the way in chronicling the rise of industries in America and around the world. In no other period of human history has the planet witnessed changes so dramatic or swift. The Journal has covered the births and deaths of tens of thousands of companies; the creation of new industries such as autos, aerospace, oil and entertainment; two world wars and numerous other conflicts; profound advances in science and technology; revolutionary social movements; the rise of consumer economies in the U.S. and abroad; and the fitful march of globalization.