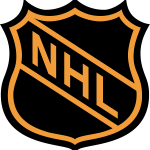 Hockey fans rejoice. The NHL returns to action today. After last season’s Stanley Cup playoffs extended late into September the league took a few months off to allow the athletes to rest and reset.

The late start for the 2021 season means the league will play a 56 game season. Due to the continuing pandemic, changes were also necessary to division alignment and team schedules.

Canadian teams would have encountered difficulties entering the U.S. and returning to Canada. The newly aligned North Division features those teams north of the border. (Team profile links courtesy of CBS Sports).

The East Division is really Northeast with Buffalo and Pittsburg being the Westernmost teams and Washington the club farthest South.

The Red Wings will play in the Central Division. The only “Original Six” team in Detroit’s division are the Chicago Blackhawks. They will have to face the Stanley Cup Champion Tampa Bay Lightning and Cup finalist Dallas Stars eight times each. Regular season games will only feature in-division opponents to minimize travel in accordance with the border crossing restrictions.

The West Division consists of teams west of the Rockies as well as the Minnesota Wild and St. Louis Blues.

The regular season ends on May 8th and the last possible date for the Stanley Cup’s final game would be July 15th.

The Red Wings are still on the rebound going through a rebuilding phase. Playing in the talent-heavy Central Division, it will take a significant improvement on last year’s winning percentage to escape the division’s lower tier.

Detroit opens the season at home with back-to-back games against the Carolina Hurricanes on Jan 14 and Jan 16. Then host a pair of contests against the Columbus Blue Jackets before heading out on the road to face Chicago. Their season closes May 8th on the road against Colombus.

Early season games at Little Ceasars Arena will be played without fans until COVID restrictions are lifted. Ok, we will watch on television, for now, let’s drop the puck and get back to playing hockey.