One of Detroit’s favorite daughters, Aretha Franklin, is being featured in a television special on the National Geographic Channel. “Genius: Aretha” will air on March 21. Local residents have the opportunity to attend a public viewing of the documentary in advance of its national broadcast.

The public is invited to join the premier on March 13 Day for a free screening of “Genius: Aretha” at the Monroe Street Drive-In, 32 Monroe St., just a block from Campus Martius in downtown Detroit.  Gates to open at 6 pm and admission will be granted on a first-come, first-serve basis.

Spots are expected to fill quickly, so attendees are encouraged to arrive early. No advanced tickets will be available.

Starring Double-Oscar Nominee Cynthia Erivo, National Geographic’s “Genius: Aretha” Detroit’s showing at the Monroe Street Drive-In Powered by Emagine. “We are thrilled to be a part of this exciting launch in the city of Detroit for this special series about Detroit’s Queen of Soul.” Said, Anthony LaVerde, CEO, Emagine Entertainment

The Detroit premiere is to coincide with a multi-city launch, including the Springs Drive-In in Atlanta, the Skyline Theater in New York, and the Rose Bowl in Pasadena. “Aretha Franklin is not only a local legend but a global one, and we are very proud to use our platform at the Monroe Street Drive-In to help celebrate the continuation of her reign as the Queen of Soul.” – Ivy Greaner, COO, Bedrock. 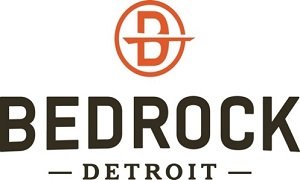