NCAA Basketball Tournament invitations went out this evening and both the Michigan Wolverines and the Michigan State Spartans are in the “big dance.”

Michigan (14-3), the winner of the regular-season title in the Big Ten Conference earned the #1 seed in the East Regional where they will take on the winner of a 1st Four play-in game between Mount St Mary’s and Texas Southern. Despite losing to Ohio State 68-67 in the semi-final of the Big Ten Conference tournament, the Wolverines were rewarded for their superiority during the regular season where they posted a 20-4 overall record.

The other #1 seeds were Gonzaga, Baylor, and Illinois.

Key wins over Ohio State, Illinois, and Michigan are likely what got the Spartans into the Tournament. Michigan State’s 9-11 conference record and an early exit from the Big Ten Tournament did not disqualify them. Tom Izzo’s squad finished the regular season 15-12.

Michigan State will have to play an extra game, they face UCLA in a 1st Four game with the winner advancing as an 11th seed to face Brigham Young University, also in the East Regional. 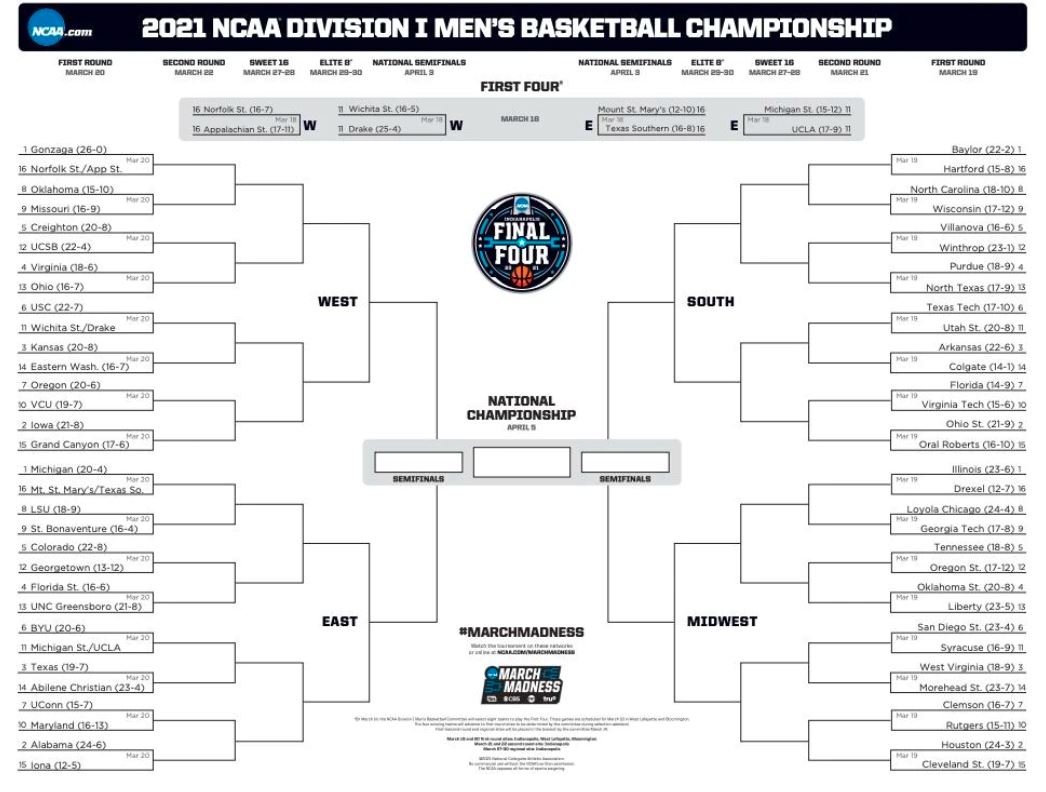 The Sugar Shack Welcomes You