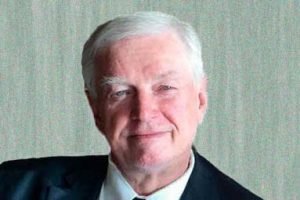 “It is a great honor to represent The Lasco Press, its readers, and residents of the greater Fenton area. The national recognition of The Lasco Press for its innovative and unique reporting style is greatly appreciated as we invite more followers to enjoy our positive good news stories.” Said Sweitzer.

About the Automotive Press Association

Since 1990, the Automotive Press Association has been the leading forum for automotive journalists, public relations representatives, and others to connect and exchange information, contacts, and ideas.

“This organization’s 30th year coincides with the beginning of a decade that looks to mark a revolution the magnitude of which has never before been seen in the history of the automobile. Greater automated driving systems leading up to full autonomy and the proliferation of battery-electric and hydrogen fuel-cell powered vehicles from established as well as new automakers are on the way…” stated APA President Todd Lassa.

About the International Motor Press Association

The International Motor Press Association is the country’s oldest organization of automotive journalists and public relations professionals. Founded in New York City 60 years ago, IMPA has thrived over the decades, blossoming into the premier organization of its kind. Over the course of its history, IMPA has spawned similar organizations elsewhere in the country, while continuing to provide its members with a convivial meeting place, in-person or virtually, and keeping pace with our industry and its varied technologies.

Our current membership includes journalists from all media -digital, print, and broadcast- as well as public relations representatives of all the world’s major automotive manufacturers and suppliers. And since IMPA was founded, all members share the same privileges and benefits, whether they are journalists or public relations professionals.

A key way that IMPA recognizes journalism excellence is through The Ken Purdy Award. The “Purdy,” as it’s familiarly known, is awarded annually to the person who has produced the year’s most outstanding piece of journalism in the spirit of the late Ken Purdy, the legendary automotive editor, writer, and author.

About the Lasco Press

Now entering its 7th year, The Lasco Press is an online newspaper based in Fenton, Michigan. Located in the center of the Flint, Lansing, and Detroit manufacturing triangle, The Lasco Press speaks to many of the local automotive industry professionals who reside in our Great State.

In addition to automotive subjects, the Lasco Press reports on current events, local success stories, sports, motorsports, announcements, local news, and much more. All in a positive manner, seeking to tell good stories that are far from the controversy associated with reporting, too often, seen in today’s media.