Fenton officials and citizens recently dedicated a new flagpole at the Fenton-Winegarden
Library at 200 E. Caroline St. Sam Levi and Zach Riedel, Eagle Scouts from Boy Scouts of America Troop 219 (Fenton First Presbyterian Church), solemnly hoisted a new United States flag on the pole, which replaced one that was corroded and began leaning in 2020.

Fenton Mayor Sue Osborn and Library Board Member Adam Hazlett spoke about the significance of the flag and thanked the work of the Library Board and the Fenton City
Council in funding and approving the work. “The beautiful new flagpole provides the
opportunity for Fenton to display our freedom and the cause for which our country was founded,” Osborn said. “The colors of the flag are dedicated to all residents in our community. I hope when people see it, they will reflect upon it and rejuvenate the
concept of why this nation was founded.”

The pole will be lit at night from a spotlight on the roof of the library. Mike Hart, Fenton’s assistant city manager, said that the project efficiently made use of equipment already being used in a nearby public parking lot project. Representatives from the City of Fenton Police and Fire Departments, as well as City Council members, were also on hand for the ceremony and joined in reciting the Pledge of Allegiance under the new flag. 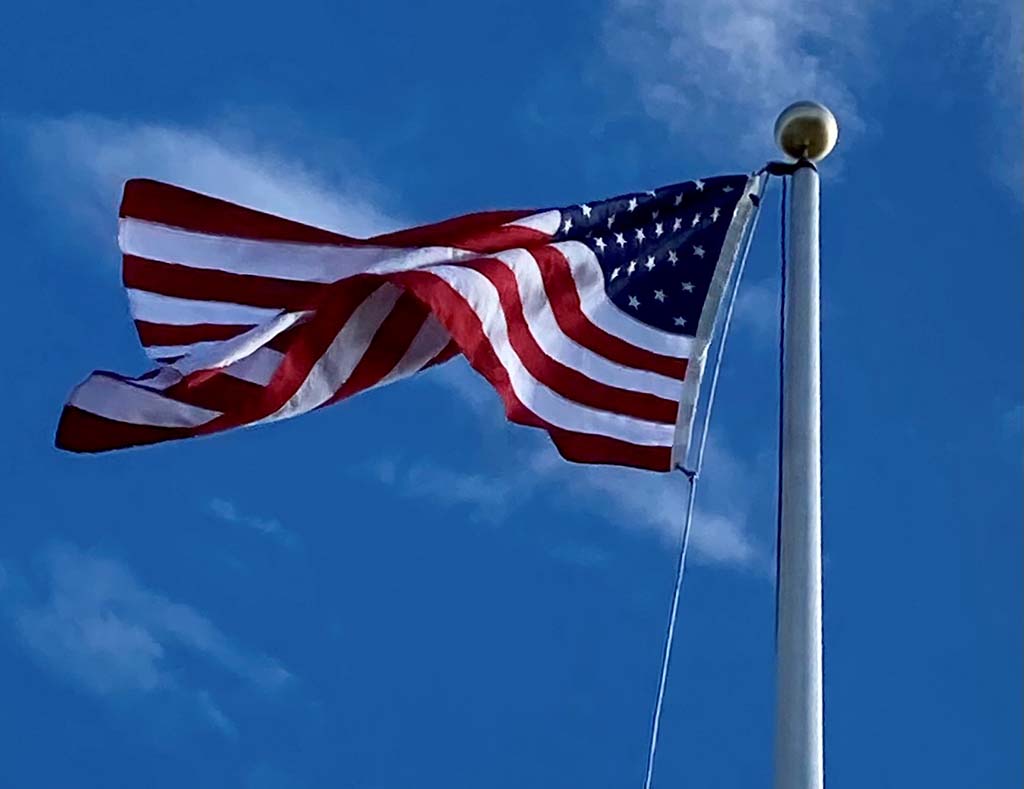