NASCAR’s All-Star Race moves to a different venue for its 2021 edition. Texas Motor Speedway will host the event for the first time this year.

Sunday night June 13th will feature the NASCAR Open and the Main Event. NASCAR and the Speedway previously announced the format for the non-points race. A total of 6 rounds featuring 100 laps will reward the race winner $1 million dollars. An additional $100,000 will be up for grabs to the fastest pit crew in a mandatory stop near the end of the race.

The criteria for eligibility includes NASCAR Cup Series race winners in 2020-21 and full-time drivers who are either past All-Star winners or past Cup Series champions.

The rest of the field will be completed in the NASCAR Open qualifying race (June 13, 6 p.m. ET on FS1, MRN and SiriusXM NASCAR Radio) and the All-Star Fan Vote. The Open will be run in three segments — 20 laps, 20 laps, and a 10-lap shootout — with segment winners and the overall winner advancing to the All-Star main event. Fan balloting will determine the final driver in the field who is otherwise ineligible.

Here is What to Expect

Only green-flag laps will count in the All-Star Race. 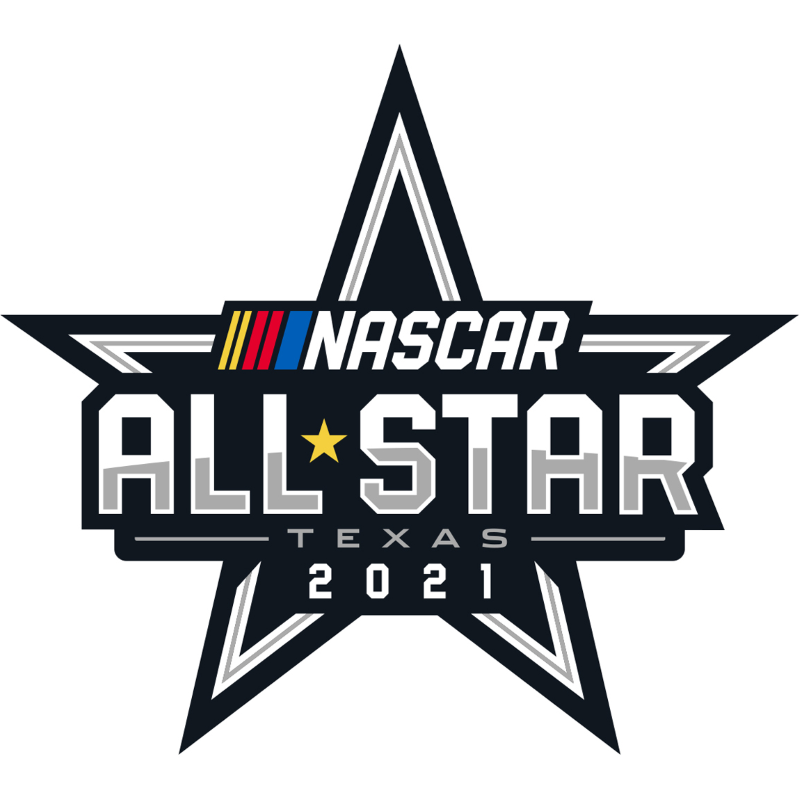 “Drivers and pit crews better pack their lunch pails because they are going to have to work extremely hard to earn the honor of celebrating in Victory Lane,” said Texas Motor Speedway president and GM Eddie Gossage, who also plans an old-timey, wild West motif for pre-race ceremonies. “This is a full metal rodeo for a big ol’ bag of dough.”

The rules configuration for the All-Star Race will use the high-downforce aerodynamics package at the 1.5-mile track, but engines will use a tapered spacer reduced from 59/64th of an inch to 57/64th. That setup is currently used on superspeedways, where horsepower targets are in the 500-510 range.

“Texas has always felt like an All-Star market; it is a big-event market and Texas Motor Speedway thrives under a bright spotlight,” said NASCAR executive VP and chief racing development officer Steve O’Donnell. “The entire Speedway Motorsports and TMS team has done an incredible job embracing and elevating this event, creating a must-see show for fans at the track and watching from home on FS1.”

Coverage of the NASCAR All-Star Race will be sponsored by NASCAR Premier Partners Busch Beer, Coca-Cola, GEICO, and Xfinity.

Elliott won last year’s All-Star Race, held for the first time at Bristol Motor Speedway. Of the 36 previous editions, 34 were held at Charlotte Motor Speedway, with only last season’s Bristol invitational and the 1986 running at Atlanta Motor Speedway held away from the North Carolina track.

Ford in the NASCAR All-Star Race

Ford has won the All-Star Race 12 times. NASCAR Hall of Famer Davey Allison is the only Ford driver to win it twice. Current drivers Ryan Newman, Joey Logano, and Kevin Harvick have All-Star wins with Ford.

Davey Allison had won the 1991 version of the All-Star Race, but when he and the other competitors came back the following year it was a totally different experience.  Why?  The 1992 Winston at Charlotte Motor Speedway was the first NASCAR superspeedway race run under the lights.

Billed as “One Hot Night” it lived up to that billing as the final 10-lap shootout featured a battle between Dale Earnhardt and Kyle Petty, who were racing for the win on the final lap.  Earnhardt was in the lead coming down the backstretch, but as they entered turn three Petty appeared to tap the familiar No. 3, which sent Earnhardt sliding toward the outside wall.  That enabled Allison to get to Petty’s rear bumper coming off turn four and then go to the inside as they entered the tri-oval.

As the two hit the finish line, Petty and Allison made contact sending the No. 28 Texaco Havoline Ford into the outside wall.  Allison ended up winning by half-a-car-length, but didn’t get to experience Victory Lane as he had to be cut out of the car and removed through the roof before being placed on a stretcher and airlifted to an area hospital with a concussion and bruised lung.

May 2019: Inside the Garage, NASCAR Nostalgia-North Wilkesboro Speedway